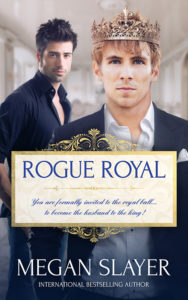 You are formally invited to the royal ball…to become the husband to the king! King Charles of Lysianna needs a husband and fast. He’s up against the biggest time crunch of all—a royal decree stating he must marry or lose the crown. It’s already December and he’s running out of time. Throwing a royal ball to find a suitable man for the role of husband seems like the king’s only option…until he meets Nathan. This royal has always done things his own way—and maybe now it’s time to go rogue. Nathan Pratt doesn’t want much from life except to raise his son and be happy. Dating isn’t on this single father’s radar until he sees Charles in the castle solarium and his heart goes out to the sad-looking man. Once he meets Charles, he starts to think love might be possible. There’s just the small issue of Charles being the king… Will Nathan be able to handle the glare of the spotlight with Charles beside him, or will the notoriety that comes with dating a royal be too much? Reader advisory: This book contains scenes of gunshots as well as the threat of kidnapping. This book is linked to Runaway Royal. 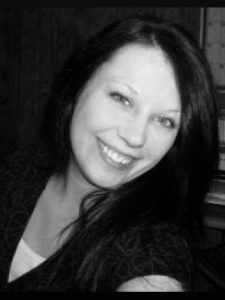 Megan Slayer, aka Wendi Zwaduk, is a multi-published, award-winning author of more than one-hundred short stories and novels. She’s been writing since 2008 and published since 2009. Her stories range from the contemporary and paranormal to LGBTQ and BDSM themes. No matter what the length, her works are always hot, but with a lot of heart. She enjoys giving her characters a second chance at love, no matter what the form. She’s been the runner up in the Kink Category at Love Romances Café as well as nominated at the LRC for best author, best contemporary, best ménage and best anthology. Her books have made it to the bestseller lists on Amazon.com. When she’s not writing, Megan spends time with her husband and son as well as three dogs and three cats. She enjoys art, music and racing, but football is her sport of choice. Find out more about Megan on her website, and sign up for the newsletter here. You can also check out her Blog, Amazon Author Page, Bookbub and Instagram.

Enter for the chance to win a $50.00 First for Romance Gift Card! a Rafflecopter giveaway https://widget-prime.rafflecopter.com/launch.js Notice: This competition ends on 30th November 2021 at 12am EST. Competition hosted by Totally Entwined Group.