Title: Love on the Rise

Matteo Leonelli is getting by, running his old-fashioned family bakery in the heart of Belleview, North Carolina. He’s struggled to keep the place going since his parents passed, and his cakes don’t taste the same without someone to share them. Then, Matteo meets Ethan, a thoughtful, handsome artist, who sees Matt in a way no one has before, who touches him as if it’s a privilege. One date, and Matt is in love, dancing among clouds of meringue as he bakes up a storm to prepare for the holidays. Ethan Price is getting by, running his family banking firm. He had to abandon his dreams of becoming an artist, but he gives it his best effort in his father’s memory. Then, he meets a man who makes his stress melt away like butter on warm bread. Matt, who smells like cookies and looks like a Caravaggio painting. Ethan is in love, head over heels as he rushes through the business of the day so he can see Matt again. He plans to sweep him off his adorable feet. Disaster strikes as Matt’s bakery loans come due during the holidays. The news is just as shocking as the man who delivers it. Ethan isn’t the sensitive artist of Matt’s dreams, but a cold-hearted banker, and Matt’s heart crumbles like shortbread. As Christmas draws near, Matt works to save his bakery, while Ethan works to win him back. Beneath the sparkling lights of bakery windows displaying holiday treats, they must decide: can Ethan reconcile his passion for art and his love for Matt with his obligations to the family business? Can Matt forgive Ethan and open his heart to a love so sweet it outshines his pastries? With determination, well-placed mistletoe, and a dash of cinnamon, they just might. 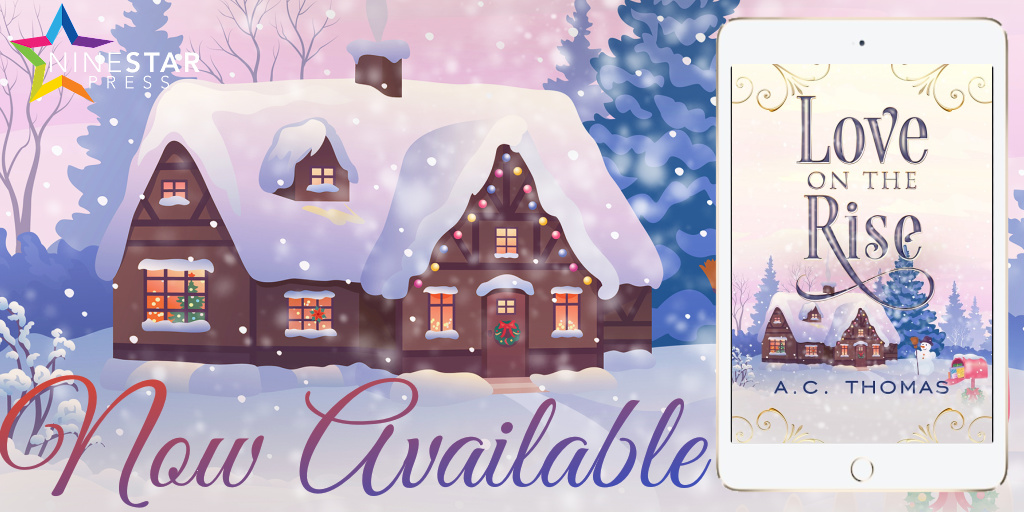 A.C. Thomas left the glamorous world of teaching preschool for the even more glamorous world of staying home with her toddler. Between the diaper changes and tea parties, she escapes into fantastical worlds, reading every romance available and even writing a few herself. She devours books of every flavor—science fiction, historical, fantasy—but always with a touch of romance because she believes there is nothing more fantastical than the transformative power of love.