The summer of 1964. Four teenage lives intertwine as each searches for love, identity, and a passage through painful family conflicts, social isolation, and the confusion of sexual orientation. During a sailing class, four teenagers meet. Jessie Schaffer is fourteen, an intelligent and solitary girl, who dreams of becoming a writer. When she sees nineteen-year-old Lindsay Ames, the instructor, standing on a dock, sunlight illuminating her blond hair and blue eyes, Jessie falls in love but is too afraid of her feelings and what they mean. In an attempt to reassure herself she is “normal,” Jessie becomes involved with two boys in the class: Kenny Crenshaw, also fourteen, a darkly handsome and flirtatious guy, and Calvin Brayburn, a year younger, who will be in their freshman class because he’s academically brilliant. On the first day of sailing, Cal is smitten with Jessie, though he is hindered by shyness. As the romantic relationships take unexpected twists, Jessie, Lindsay, Calvin, and Kenny relate their individual stories, their hopes, fears, and longings, all the while being buffeted by intense pressures. Set in coastal New Jersey, the plot roams from its beautiful rivers to lush scenes in St. Thomas and Vietnam’s jungles during the war. 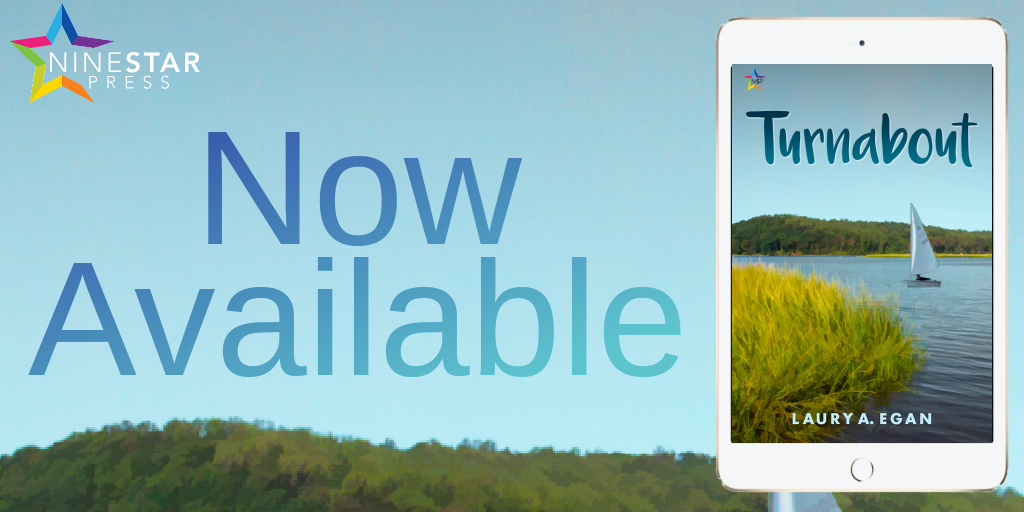 Laury A. Egan is the author of the YA novel, The Outcast Oracle; three suspense novels, Jenny Kidd, A Bittersweet Tale, and The Ungodly Hour; a comedy, Fabulous! An Opera Buffa; a collection, Fog and Other Stories; and a literary work, The Swimmer. Four limited-edition poetry volumes have been published: Snow, Shadows, a Stranger; Beneath the Lion’s Paw; The Sea & Beyond; and Presence & Absence. She lives on the northern coast of New Jersey where she sailed Turnabouts during her teenage years.