Title: When Love Calls Your Name

When Desmond goes off to college, he allows himself to be more open about his attraction to men rather than the secreted-away experiences he’s had in the past. As Desmond grapples with the pressures and expectations society forces upon him, while trying to understand what his heart is telling him to do, he is initiated into a high-class gay underworld and attracts the attention of an influential—and potentially dangerous—closeted businessman. Set in the fictional coastal town of Oakvale, New Jersey in the mid-1970s—a decade of alternative eroticism, experimentation, and promiscuity—When Love Calls Your Name follows Desmond as he discovers who he is and who he is expected to be. 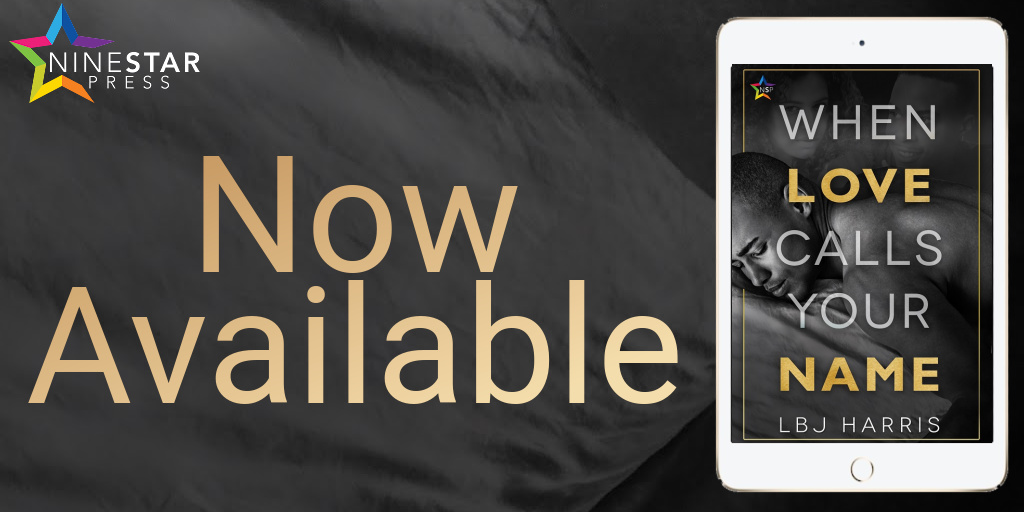 LBJ Harris was born on October 1, 1958 in Neptune, New Jersey. He is one of seven children born to civil rights leaders. His mother chose his first name because it was unique, as she knew her baby would grow to be. When he was seven years old, his parents moved the family to an all-white community, to ensure he and his siblings received a good education, and to guarantee their safety against opponents of their parent’s civil rights work. Harris knew from an early age that he loved performing on stage. Throughout his early years and young adulthood, he performed in church choirs, his high school band, and in the high school drama club. Upon graduating from high school, his love of the arts led him to West Chester State College in Pennsylvania. In 1979, Harris earned his Bachelor of Arts in Speech, Communications and Theater. While at college, he worked for the Three Little Bakers Dinner Theatre as a performer, lead dancer, and stage designer. His set designs and acting roles earned him major acclaim in local newspapers. In 1981, he moved back to New Jersey where he formed a two-man performing duo, a joint company KapSig and eventually his own company, ‘Le Noir Cabaret Repertory Theater Company’. Harris would move to writing, directing and producing originally written musicals for his local community as founder of Le Noir Cabaret. Those works included: ‘Moments in Love’, ‘An African American Musical Review’, ’SIBONISO’, ’Anna Mae’, and ‘Ashbury Cove’. Harris and his theatre troupe toured his musical SIBONISO in 1994 at the newly renovated Paramount Theater, Asbury Park, NJ, and at the Carver Community Center in San Antonio, Texas. In 1989 Harris chose to become a single father, adopting the first of his four children. He elected to place his arts career on hold after the arrival of twins in 1998. Over the next 15 years he focused on raising his four children and one grandnephew. In August of 1999, while completing a second Master’s Degree in Education, Harris saw the birth of one more child: his novel, “When Love Calls Your Name”. He finished the manuscript in April of that next year, though ultimately shelved it, along with a number of other unpublished works. After his youngest two children graduated from high school in June of 2014, Harris chose to return to the stage. That October, he appeared in the ensemble cast of African American men entitled, “Messages from Men: Machismo, Magen, Mirth & Maturity” at the Cape May Playhouse. He wrote and performed an original piece, “Letter to My Children”, in dedication to his children. With a renewed yearning to pick up his career where he left off, Harris anticipates publishing his first fiction novel, “When Love Calls Your Name” in the fall of 2021.