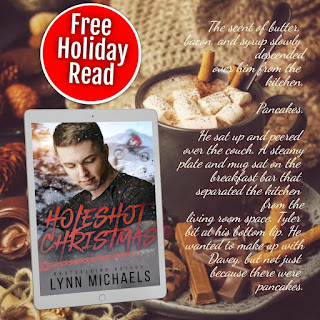 Did jumping into marriage too fast put the brakes on their future?

The holiday season has arrived. It’s their first Christmas as a married couple, and newlyweds Davey and Tyler are experiencing more than a few relationship pains. They need to find a new racer for the Apex team, and jealousy over the new addition sparks between them.

They’ve come such a long way, but their relationship progressed faster than souped up dirt bikes. Was it too fast?

The two men are forced to slow down and reexamine their love and what they want for the future because Christmas isn’t all racetracks and dirt bikes.

Holeshot Christmas is third in the series but can be read as a standalone. Also check out how Davey and Tyler get together in The Holeshot!