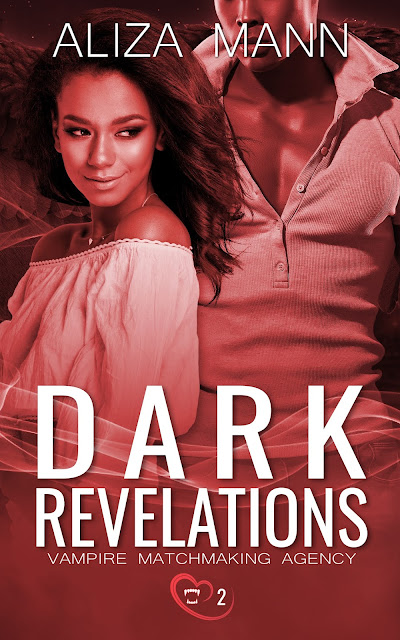 Title: Aliza Mann
Series: Vampire Matchmaking Agency #2
Author: Aliza Mann
Genre: Paranormal Romance
Release Date: December 13, 2021
BLURB
Dating doesn’t get easier, even when you’re dead…
Though her progeny was a hopeless romantic, the concept was lost of a forever mate on Leila. She’d gone down that path once before decades ago and was in no hurry to do it again. She’d presumed she was over the hurt and pain, that is until the male who’d destroyed her mind, her very spirit, walked back into her bar. She’d thought if she never saw him again, it would be too soon. That was until one touch set her soul ablaze with desire.
But could she trust him with her heart when he’d already destroyed once before?
Maelstrom had walked away from Leila a lifetime ago for the sake of his brethren and stayed away due to an oath he’d sworn to protect those secrets. But when they unexpectedly meet again, he finds he is no longer able to resist her. When dangerous circumstances threaten those Leila loves, he would do anything to protect her and her family.
Even if it means he must sacrifice all to keep her safe… 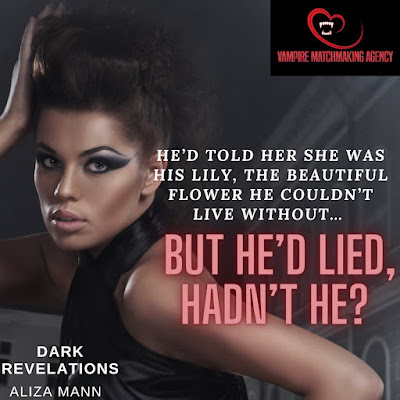 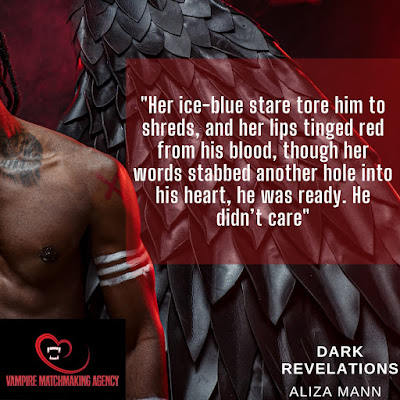 EXCERPT
Leila stood there, staring at the man she didn’t think she would ever have to confront again. He’d told her she was his lily, the beautiful flower he couldn’t live without… but he’d lied, hadn’t he?
Shifting away from him, she went over the reasons for not trusting him in her mind a thousand times. But in this case, she needed him. He was a requirement to save someone she loved so desperately. Farrah was more important to her than some petty moment between her and Mael.
Of course, it hadn’t felt petty at the time. Long ago, she’d buried that part of herself. And now, with him back in the picture—for what seemed to be long-term—she would have to face the heartbreak still haunting her all these years later. It had taken half a century for her to stop turning over and reaching for him in the night. She would need a lifetime to forget him. Thankfully, as a vampire, she had many human lifetimes to practice.
“Leila, you wanna look at this?”
She wasn’t sure how long Farah had been staring at her. Nor was she sure what, exactly, she’d said moments before. “Yeah, of course.” She blinked, bringing her thoughts back to the present. There were a million things to consider. One of Farrah’s clients was still missing. Concerning, especially since she was one of the Order of Immortals members’ daughters. Tarik was a pretty scary dude, from what Leila had heard. Presumably, Eire had been kidnapped by the hunters that Mael and Anwar had ended last month. But they had no idea where the humans had taken her.
Reluctantly, Leila approached the group of them as they hovered over an iPad while reviewing the traffic cam footage provided by the Order. It was a serious situation, which was the reason Leila didn’t need to split her attention between the matter at hand and the fallen angel who’d broken her heart. “Anything so far?” She asked the question while avoiding Mael’s all-too-frequent, lustful glances.
“You recognize this car?” Anwar asked. He was apparently an Atlantean warrior, a prince from the race that had spawned vampires. Leila supposed that meant she should thank him. But could she trust him with Farrah? Farrah was all she had left in the world, and Leila didn’t want her to end up like her. With a stone for a heart. Leila was against mating but not against Farrah’s happiness.
“I don’t think so… Why?”
Anwar cast a questioning glance in Mael’s direction.
“Because this guy, whoever he is, has been going to Melody for over a month. Night after night. Like he’s searching for something. And—” Mael hit the touchscreen, bringing up another set of cameras. The building was one step away from demolition. A slim figure appeared, stalking the perimeter, aggression in every step. “This is the warehouse where they held you and Farrah the day before the shit went down. Seems to be a human, but I can’t get a good view of his distinguishing features.”
Melody was her place, and she couldn’t stand the thought that someone had possibly used her bar to do harm to Farrah. “Hmph,” Leila said, then leaned down to get a closer look. She still stopped by her club often, even if every night recently was spent at the Vintage Modernism Authority, otherwise known as the Vampire Matchmaking Agency, or the VMA by clients. Even with Anwar and Mael bird-dogging Melody, she wasn’t quite ready to trust them with something she loved. Mael had already shown her who he was once. She didn’t need a second lesson. “I haven’t seen him. But I can run him by Mike, my regular bartender.”
“I bet,” Farrah said with a chuckle. She was attempting humor.
Leila had dabbled with Mike on one long-ago night, but that wasn’t something she wanted to admit. Farrah had had some suspicions, of course. “Let it go, Elsa. I’ll let you know what he says. Can you print me out a clearer image?” While she was asking Mael, she kept her eyes trained on Anwar. She couldn’t risk the possibility of exposing herself, and her secret longing, to the bastard. Mael had her heart on a string, and any one tug might just implode the raggedy thing. 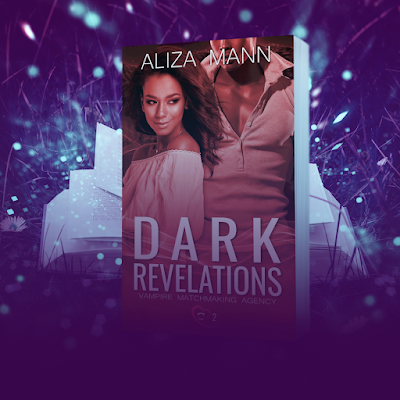 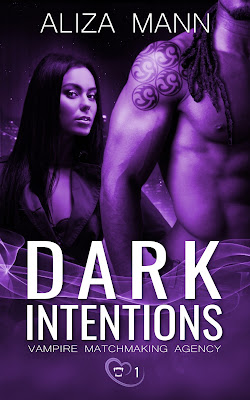 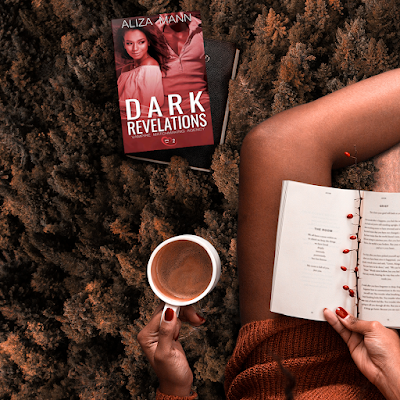 AUTHOR BIO
There are people who love being in love. Then there are people who love everything about love, from cute-meet to falling to failing and ultimately, the happily ever after. Those people, like Aliza Mann, grow up to be romance authors. It is no surprise that Aliza decided to write romance since she grew up reading, library card at the ready, every chance she had. The writing part just took a while since she obtained a business degree and worked her way up to a leadership role in Healthcare. Romance, though, is where her heart lies. In 2011, she decided to take those dreams seriously, launching her writing career. Since that time, she has written many books in the urban fantasy, paranormal, and contemporary subgenres of romance. In addition to her love of writing, she enjoys reading, Netflix marathons, golf, and yoga. She has three children, including her son-in-law, and recently welcomed her first grandchild. She shares a home in Michigan with her handsome knight, or in contemporary terms – engineer, and a college student who only comes home for laundry services and to eat something made on an actual stove. She wouldn’t have it any other way. You can find her on Facebook, Twitter or via email. 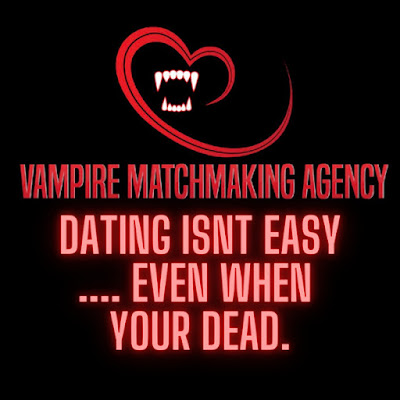