Phoenix Rising is darker, edgy MC and quite sexy!! A story with multiple players that all have secret agendas!! Not your typical romance.

This is a ride like no other, the sexual intensity scorches the pages and keeps you wanting more!

Charlie “Phoenix” Picard lost her father in a motorcycle accident when she was just eight. The psychological impact from that event left her unable to speak. Raised by her uncle, her life has been one boarding school after another.

After returning home, she stumbles onto information that could drag her uncle into a club war. Her only option is to get in good with the local Road Devils MC. Luck seems to be on her side when she’s mistaken for a guy by the clubs Sgt. at arms.

Between clubhouse parties and her own personal exploits Phoenix is burning the candle at both ends and she’s running out of time.

Now, her loyalty to Ash has her in too deep to get out, but all that’s about to change when she saves his life risking her own.

Something hadn’t set right with Ash since meeting Nix. Now, he knows why. With his a** on the line he needs to get rid of her if he’s to keep them from both being killed.

A life without him…

A life away from the club? 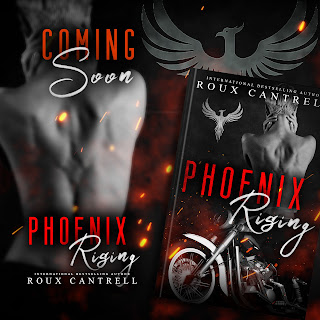 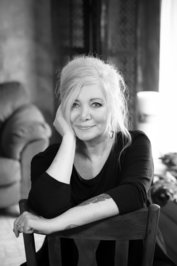 Roux Cantrell resides in Hammond LA a cozy college town with her husband. Juggling a full time job as a stylist, a growing family, Roux manages to throw some pretty outlandish Halloween parties where the attendees must adorn a costume to gain entrance and she even manages one motorcycle trip on her Harley once a year.

Her love of books started when she was very young and has never wavered. Years past she didn’t have the time to write with a growing family, now with the kids grown and out of the house she writes her own adventures.

To learn more about Roux Cantrell, visit here!
Hosted By: