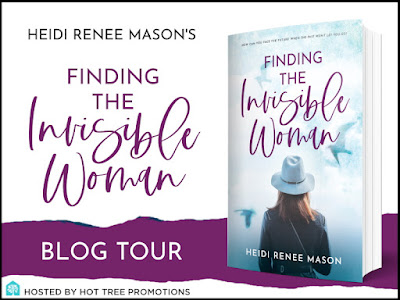 What do you do when no one sees you? How do you find yourself when you’ve become invisible?
Forty-three-year-old Hadley Monroe has outgrown her life. Nothing in her world seems to fit anymore. A loving wife and doting mother of two grown daughters, Hadley has always put the needs of her family first, quietly tucking away her own dreams of being an artist. Although she doesn’t regret her choices, Hadley has entered the phase of life where she feels lost.
Her children are grown, and her role as a mother has changed.  Hadley’s husband, Charlie, an attorney and ten years her senior, doesn’t seem to need her anymore either. Hadley loves Charlie with all her heart, but lately, he’s been distant, and Hadley believes he’s keeping a secret. Unable to connect with him, she is isolated and alone.
A chance encounter with a stranger sets in motion a series of events that will upend her life and challenge everything she ever believed. When Hadley receives the call that her abusive, estranged mother is dying, she feels the walls closing in even more. Her solid, perfect life is unrecognizable. Can she find her way back to the woman she used to be? Does that woman even exist?
How can she find herself when she has become invisible?

Had I known that day in the coffee shop that the conversation I was about to have would forever alter the course of my life, I often wonder if I would have stopped myself. If I could have seen into the future, far down the road to how it would all end, would I have opened my mouth at all? They say hindsight is 20/20, but I’m not sure I believe that. Even now, a year later, I’m uncertain.
A part of me, the part that was somehow immediately consumed by him, knows the answer is unequivocally yes. I absolutely would have had the conversation, even knowing all that would come after it. I would have had it because I couldn’t have helped myself. I was drawn to him like the proverbial moth to a flame. My world spontaneously combusted that day. I couldn’t have avoided him if I had tried. But the truth was that I didn’t try.
The other part, the rational, logical, responsible part of me says that if I had a crystal ball to see into the future, I would not have leapt so easily. I would have proceeded with caution, weighed the risks. In weighing them, I would have chosen the safe route. I would have continued on the same monotonous path, plodding through my days, doing exactly what I was supposed to.
That conversation, one brief moment in time, just a small blip on the radar of my life, sparked the incessant questions that plagued me every day after. Questions like am I happy? Is there more to life than this? Can I live in the same rut for another twenty years? How did I end up here?
They turned out to be questions I wasn’t ready to answer. If I had thought about what might happen, more than likely I would have stayed inside my own small world, continuing to take up as little space as possible, afraid of reaching too high for fear of rocking the boat.
But on that day, just an ordinary Tuesday in October, he stepped in line behind me and commented on my shirt. The shirt was nothing special, just a blue blouse that I had worn a hundred times. It was completely unremarkable. Yet he remarked on it. He noticed. He saw me. In doing so, he upended my world, the aftershocks sending me on a path that turned out to be anything but ordinary. 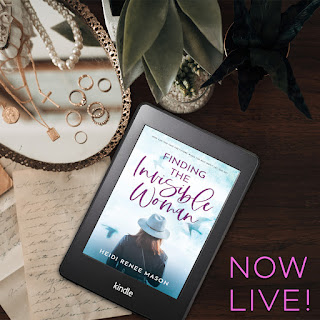 Website | Facebook | Twitter | Goodreads | Instagram
Heidi Renee Mason is a passionate romance novelist and crafter of your next Happily Ever After. She loves listening to the voices in her head (from her characters, of course!) and creating worlds in which her readers can lose themselves for a little while. A native of the Midwest, Heidi now resides in the Pacific Northwest with her husband and three daughters.