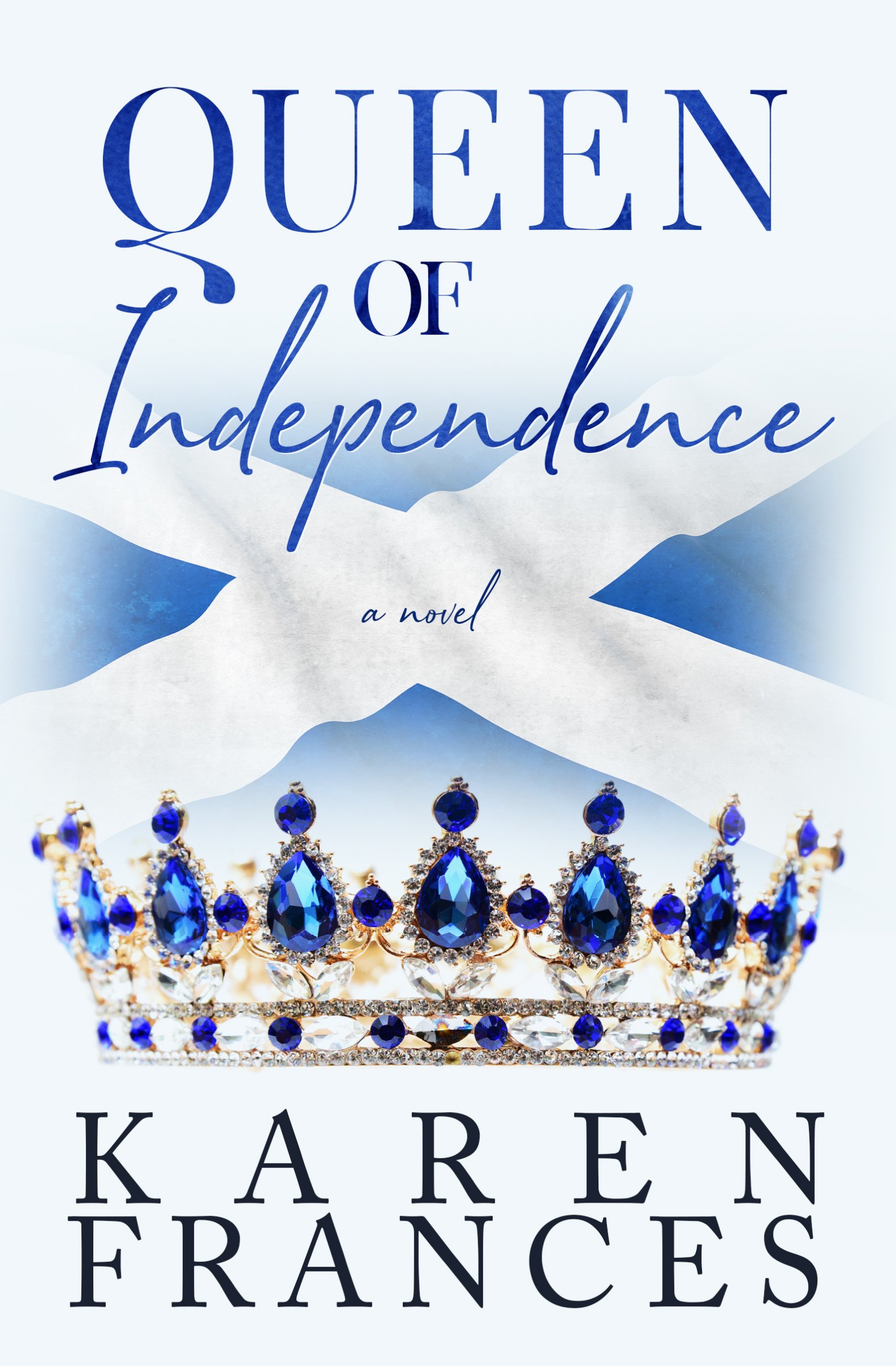 For benefit of the Karen Frances Literary Foundation

Most people see Amelia Campbell as a socialite party girl.

But beneath the frivolity of her public persona, she is the driving force behind a serious charity fundraising portfolio.

Beautiful and intelligent, romance isn’t high on the list as she enjoys her life of independence. With friends in royal circles, her influence and connection to events are always in high demand.

However, while pairing up with the Scottish government in a joint fundraising initiative, Harry Donaldson, the First Minister uncovers a secret that has the potential to rock the UK establishment. This secret poses a question that could threaten Amelia’s existence as she knows it.

With a referendum on Scottish independence looming, Harry, seeing an ideal opportunity to shake the foundations of the UK government, should the vote land in his favour, he will do anything to make this happen.

When Harry enlists the help of bodyguard Liam McKenna to guard his asset, the plot thickens further when Liam uncovers the truth behind Harry’s real intentions. 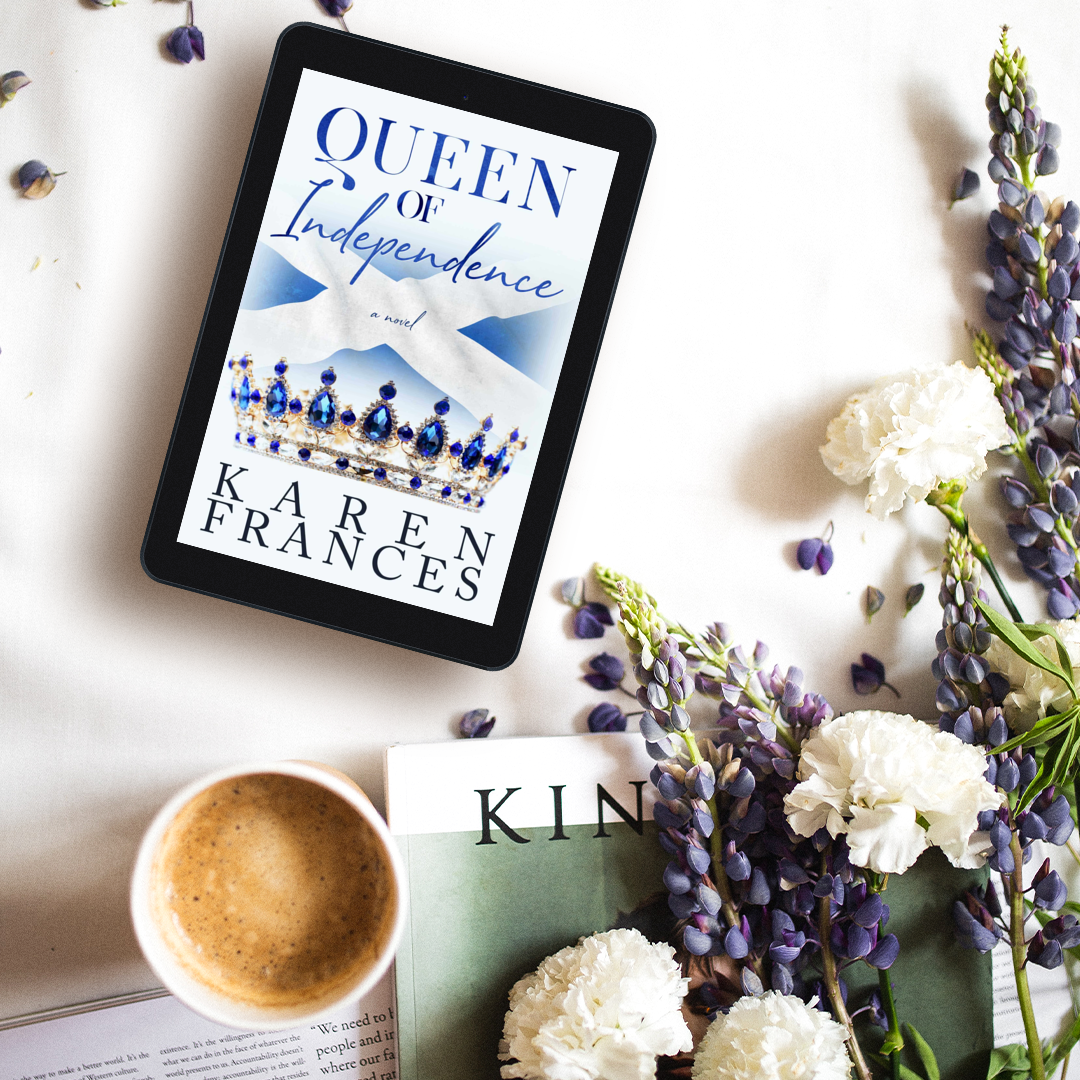 Lying in bed, my head is a toxic cocktail of the threat towards me, the ludicrous proposal from James whom I’ve never even dated, and the attraction to the man who’s now charged with keeping me safe.

It has been a long day but for whatever reason I didn’t want to drag myself away from Liam and retire to bed. My eyes are bleary, but I feel safer in his company. I keep telling myself I’m only scared because I’m tired and I drank too much, and that come daylight when I wake up, I’ll be ready to take on the world. I’m not sure I believe it. My mind retraces the previous ten minutes before I got into bed.

“You should probably get some sleep,” he’d said softly. His tone gentler than I’d heard it before, and his eyes filled with concern for me. I’d stared at him for a long moment and, he’d returned my gaze.

It’s weird. I should be wary of Liam McKenna. Afterall, he looks dark and dangerous, but I’m not wary at all.

I tell myself he’s now protecting me for the right reason, and what is helping me trust him is that he wasn’t aware of the full picture when he was hired by Harry Donaldson.

What is the full picture?

“I’m past being tired,” I’d lied when he’d suggested I get some sleep.

He’d smiled, his eyes brightening despite his own tiredness and he looked unconvinced. “Miss Campbell has no one ever told you it’s not good to tell lies?” The corners of his mouth had tugged into a wider smile as he’d tried, but failed, to hide his amusement.

“Perhaps, but I’m sure you’ve read stories about me, I rarely listen to anyone. I’m known as a rule breaker, not one for compliance.”

He’d stared at me intently and a small thrill had run down my spine at the way he’d studied me. “It wasn’t as if I hadn’t stared back, because his gorgeous, even features looked striking. It confirmed what I’d suspected, we do have a mutual attraction. I’ve known him for less than a day, yet he feels familiar and safe.

“You like to make things hard for everyone,” he’d said.”

“I had tilted my head and raised an eyebrow. There was a flirty side to him that strained to break free, but I’d felt he was being too professional to let his guard down.

“Hard, that’s a good word. Am I making it hard for you?” I’d asked, dropping a double entendre into the conversation. “Besides rules are there to be broken,” I’d finished before there was a shift in atmosphere between us.

“I think after the day you’ve had you should get some sleep. I imagine you’ll need your wits for the day ahead. I think you’ve had too much to drink, and your emotions have been rattled.”

His response had felt like a rejection of sorts and I’d moved quickly towards the stairs with frustration flowing through me.

We’re attracted to one another and we have chemistry, it’s making me act irrationally. I want him and I know he wants me. I saw it in his eyes in the taxi earlier, and I saw how he looked at me while we sat on my sofa.

“Amelia…,” he’d said as if he knew I was feeling let down. I had turned and looked up at him from the bottom of the steps, and watched as he came down next to me. “I need you to check the apartment alarm,” he’d said. I’d felt the pull between us like he had wanted to say something else, but he didn’t. He doesn’t like that he’s turned me down.

Now alone with my thoughts again, I slip back out of bed and wander across the room to stand in front of the windows. I look out across the city where the night sky is slowly changing with hints of lilac and copper, and I’m certain it won’t be long until dawn breaks.

Sunrise will bring a new day and I’m not sure what lies ahead. Maybe I am; problems and challenges that are all connected to a member of the opposite sex. Harry, Prince James and now Liam. Although the last one doesn’t need to be a problem.

I get back into my bed alone, frustrated that the man I want lies next door. But he’s only here because I’m paying him to protect me. 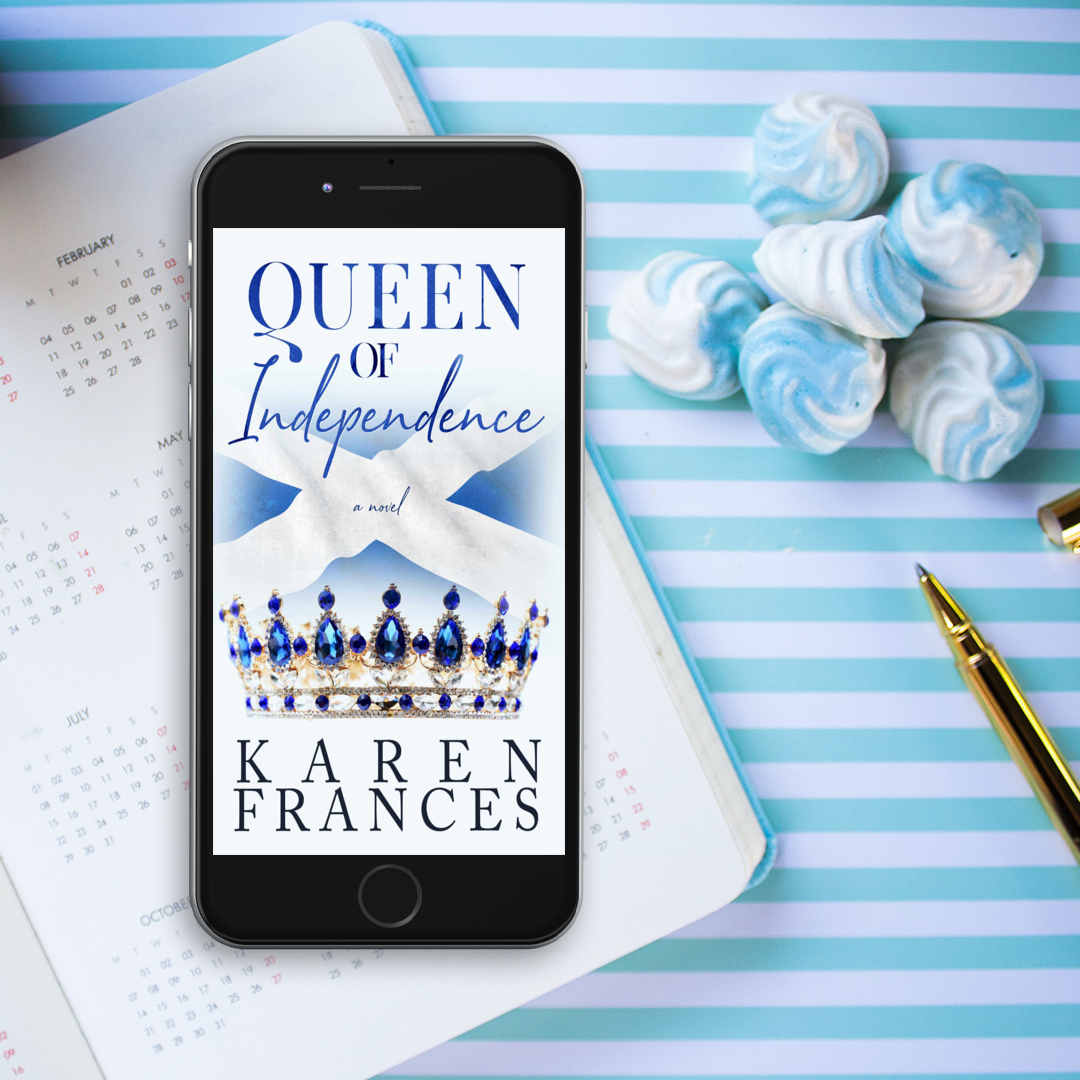 One of Five eARC’s for Queen of Independece

Karen Frances was a much beloved member of our book community who fell ill and passed away earlier this year.

At the time of her passing, she was in the final stages of completing this story. With the assistance of her editor and her husband, this novel was completed with much respect & love.

It is her husband’s hope with the proceeds of this release, along with her backlist, to keep Karen’s memory alive by creating the Karen Frances Literary Foundation in her honor to assist future authors realize their dream of publishing.