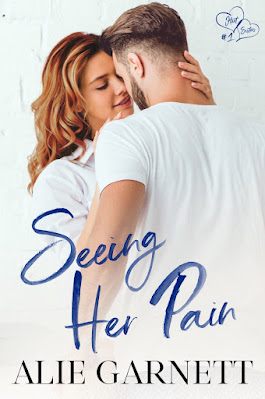 Zoey has no place left to go but home.
Her past makes that nearly impossible.
Zoey Hart is finally back in Birch Cove. In the years since she lived there, a lot has changed, her dad has passed and her sister now runs the farm that they were raised on. A farm she wants to be a part of. A dream she has held onto for so long. Except the army has changed her. No longer is she the outgoing, bubbly girl whose teen who couldn’t keep herself out of trouble. Now nightmares haunt her sleep and the fear of one misstep will get her sent away again. This time for good.
Gabe Watson’s not ready for the feisty red headed woman to kiss him minutes after laying eyes on her. But he can’t forget her either. Nobody can, but she isn’t the woman that everyone in town talks about. She hides the pain that he sees so clearly. Her past is far to present, and he is the only one who understands what she went through, and what she is going through.
Zoey needs Gabe, but will being with him be the last straw for her sister? Can she move past long buried secrets she has kept so long, secrets that will blow up her family if they came out. Because if they come to light, she will definitely be sent away forever. And Gabe won’t be able to keep her safe.
Seeing Her Pain is book one in the Hart Sisters Series, a heartfelt series about finding love with just the right amount of steam and stories that will stay with you after you’ve turned the last page. 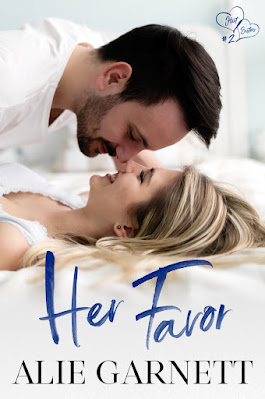 Some neighbors ask for a cup of sugar.
But Evie’s going to ask for a whole lot more.
Seeing her sister fall in love warmed Evie’s heart. But she can’t help but wonder if she’ll get her own chance at happiness. Despite being a widow, she has little experience in the bedroom. She’s sure she’d disappoint any man she dated.
When her neighbor, Jasper, comes home for the harvest, Evie gets an idea. And she figures Jasper is probably too nice to turn her down. So she asks for a favor:
Would he, ever so kindly, mind taking her to bed?
Little did she know her request was like something out of Jasper’s dreams. He’s always known that Evie was the one for him, ever since he was a teenager.
Jasper is more than happy to oblige her. But he’d be happier still if she could realize he is the man for her.
In the bedroom, they’re a match made in heaven. But the rest of it may turn out to be more complicated…
Her Favor is book two in the Hart Sisters Series, a heartfelt series about finding love. There’s just the right amount of steam and stories that will stay with you after you’ve turned the last page. 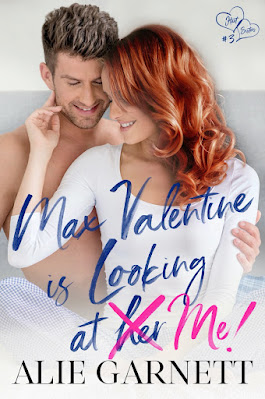 Don’t look. Don’t move. Don’t even breathe.
Max Valentine is looking at me.
Yes, that Max Valentine. The tall, handsome and super successful lawyer that every woman at the firm is trying to get her hands on.
Well, every woman except Della. Okay, well, she does think he’s hot, but she’s more interested in making partner than making out with Max. Or anyone else. But that doesn’t matter. Because Max Valentine would never look at her.
Her career dreams are shattered when she gets fired unexpectedly. Della doesn’t know who she is without her work. With no clue what else to do, she moves back to her home town and rents an old Victorian home.
And she feels… free. She stops dying her hair. She wears whatever she likes. She starts finding a new kind of joy in her life.
Until she looks up and sees Max Valentine is looking at her. Really looking. But he couldn’t be, could he? She thinks maybe he wants a fling. Maybe she’s just the nearest woman.
But she’s wrong.
Max can see the real Della. And he would like to do much more than look. Because he’s convinced he’s looking at the love of his life.
If only he could convince Della of that.
Max Valentine is Looking at You is book three in the Hart Sisters Series, a heartfelt series about finding love with just the right amount of steam and stories that will stay with you after you’ve turned the last page. 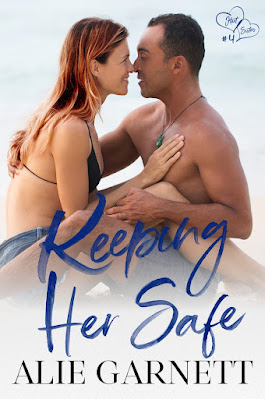 Zachary made two promises. To keep Zephyr safe. And to keep his hands off her.
But promises can be hard to keep.
The daughter of a hard-drinking mother who died too young, life has been tough on Zephyr. The one break she got was when local cop, Brian Wainwright, tried to adopt her and give her the better life she deserved. But his son, Zachary, put a stop to that.
Zachary might have stopped the adoption, but he made a deathbed promise to his father to keep her safe. And with threats made against her life, he knows it’s time to fulfil that promise.
In the dead of night, he steals her away to Minnesota, a place he knows no one will find them.
Despite ruining her chance for happiness, Zephyr has always had a crush on Zachary. One she’s finding hard to put aside when she finds herself in close confines with him.
So she asks him to make another promise: to keep his hands off her. And while keeping her safe is difficult for Zachary, staying away from the beautiful enigma that is Zephyr Hart is going to be downright impossible.
Keeping Her Safe is book four in the Hart Sisters Series, a heartfelt series about finding love with just the right amount of steam and stories that will stay with you after you’ve turned the last page. 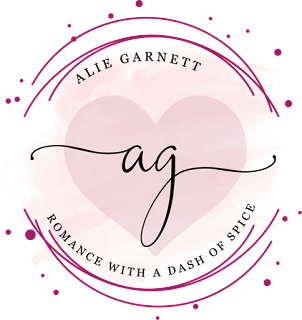 Alie Garnett loves a little spice in her books. She lives on a small hobby farm in northern Minnesota with her husband and two kids. When she isn’t writing, she is doing everything that she didn’t ‘get to’ while writing.