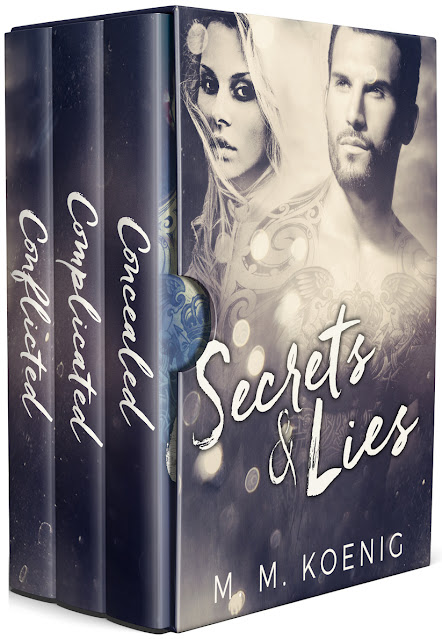 The Secrets and Lies Box Set includes all three books PLUS a variety of deleted scenes from all the books and character interviews that you won’t find anywhere else!
Book 1: Conflicted
Mia Ryan was on the path to make all her dreams come true. Her life was everything she wanted it to be; until one fateful night changed everything – leaving her broken and without direction. Nearly a year later, she still has little faith in anyone or anything. Desperate to reclaim her life’s ambition, she takes an unexpected offer that promises to solve all her problems. But as Mia moves forward, she’s faced with obstacles she couldn’t have foreseen. The biggest of them lies within the mystery of Ethan Fitzgerald; a man who affects her like no other, but who she should avoid pursuing, at all costs.
On a mission himself, Ethan Fitzgerald didn’t care who he pissed off on his road to fulfill his mother’s dying wish. He relied on himself, and was closed off to the world around him – until Mia Ryan walked through his door. Normally one to avoid messy emotions, Ethan’s world is turned upside down by Mia, and he can’t seem to get enough of her.
There are lines you can cross that will change the course of your life forever …
Book 2: Complicated
Mia Ryan has learned the hard way that her choices can have horrible consequences. Taking an offer that was supposed to get her life back on track was nothing but a ploy. To keep the ones she holds dear safe, she’s forced to finish what she started, without any hope of finding out why she was targeted in the first place. Though Mia has Ethan by her side, she can’t seem to believe in him, especially since most of his life remains a mystery.
Ethan Fitzgerald has done everything in his power to prove to Mia that she can trust him, but it never seems to be enough to convince her to drop the last wall around her heart. With deep and dark secrets lurking around every corner, he has his own plan to keep Mia from any danger, but it may just shatter their love forever.
There are so many questions – with even more shocking answers – and when Mia uncovers the truth, nothing will ever be the same…
Book 3: Concealed
Mia Ryan’s past and present are about to collide in startling ways, leaving her to question everything she’s ever known about herself. After a shocking turn of events that revealed some mind-blowing secrets, Mia becomes more determined than ever to take back her life from the darkness that’s consumed her. In her pursuit for answers, she quickly discovers that parts of her past, which have always been a mystery, might be the key to saving the ones she loves…and the man that stole her heart.
Ethan Fitzgerald knows that things are never what they seem. Taking down his father’s empire wasn’t supposed to be a challenge—that was before Mia Ryan waltzed through his door. Forever changed by a love that reignites his purpose in life, Ethan is willing to do whatever it takes to protect Mia, and his enemies know it.In this edge of your seat finale of the Secrets and Lies series, the stakes are higher than they’ve ever been before.
Can Mia and Ethan’s relationship withstand the malicious forces threatening them, or is letting go the answer that saves them and the ones they love? Everything comes at a cost—and it might just be true love. 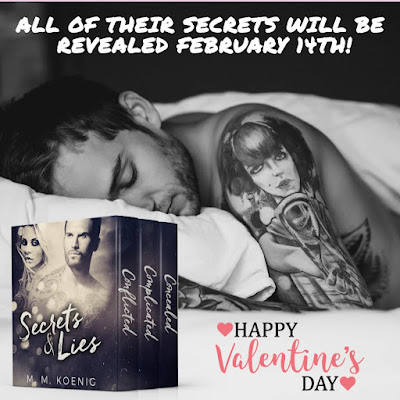 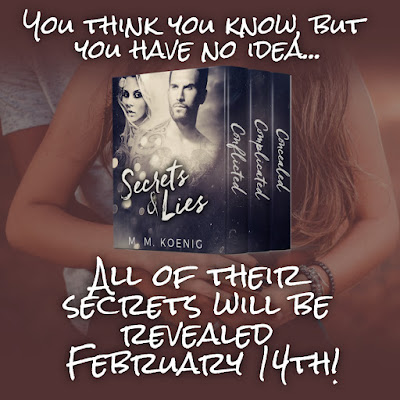 M. M. Koenig enjoys being active and has a variety of interests that coincide with her passion for life. Always one to try new things, she has acquired a variety of skills. Her sarcastic nature and multitude of experiences tend to find their way into her novels.
When she has free time and isn’t writing, she spends as much time as she can with friends and family. To fuel her soul, she is constantly looking for new music, movies, and books to keep the writer’s block at bay.
AUTHOR LINKS 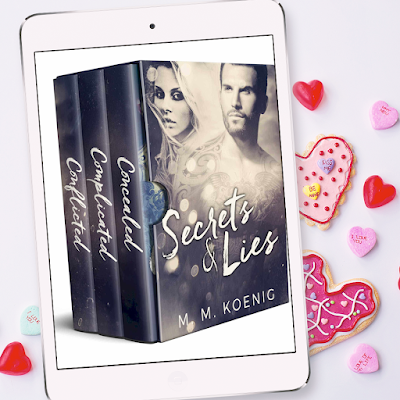