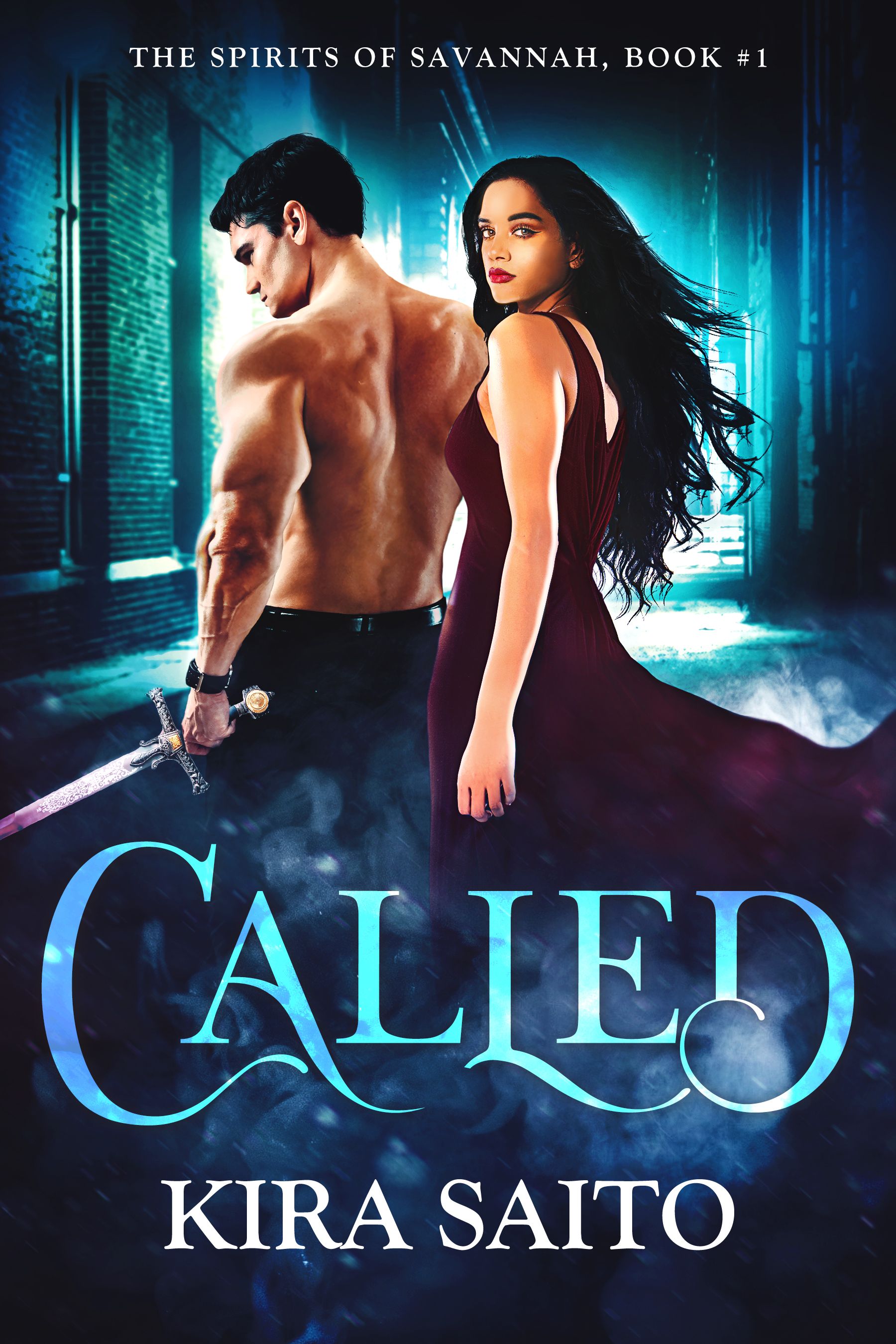 Sophie seems to have it all, a thriving career at the MET, a handsome soon-to-be fiancé, and an eccentric father who is the toast of the academic world. Yet, fate has other plans for her. After the death of her father, she starts to see visions of a beautiful woman who claims that Sophie needs to return home and take care of some unfinished business.

But where is home? And what business? Unexpectedly, she receives a strange invitation from a mysterious organization in Savannah, Georgia. Determined to find out more about the circumstances surrounding her father’s death and her sudden ability to see the dead, she accepts.

Welcome to Savannah, Georgia, a city so beautiful that it was spared from the wrath of Union General William T. Sherman. In this city filled with the spirits of the dead, arching live oaks draped in picturesque Spanish moss, luxurious looming mansions, and men who have impeccable manners and voices as smooth as butter Sophie is an outsider. Yet, she begins to discover that maybe the answers that she has been searching for are closer than she expected… Step into the haunting yet beautiful world of Sophie and Savannah where the dead walk among the living and every nook and cranny has a mystery that demands to be solved. 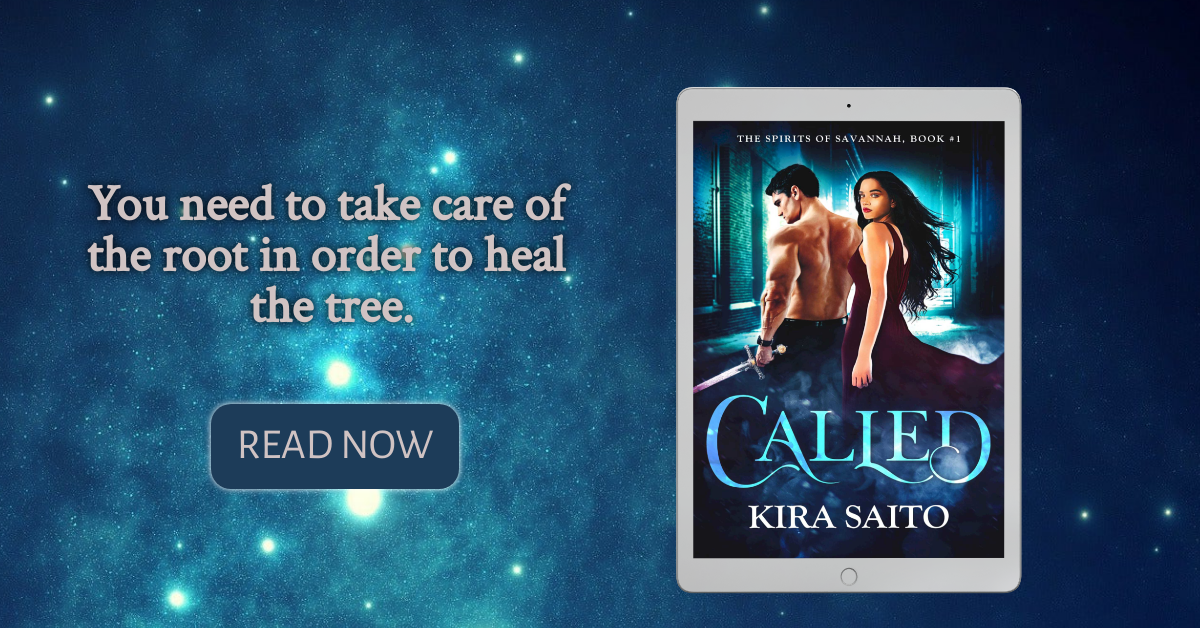 Kira Saito is the author of the Arelia LaRue Series and The Girl on Prytania Street. She loves writing twisty books with soul, suspense, and magic. 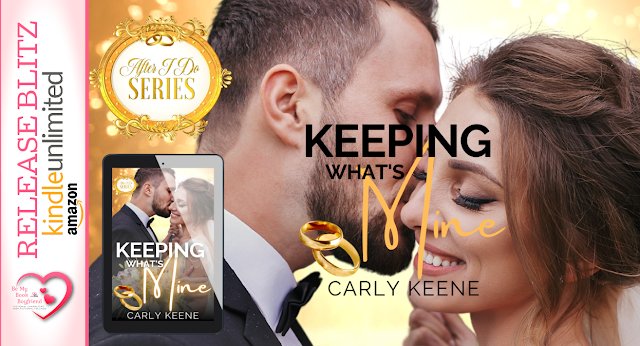 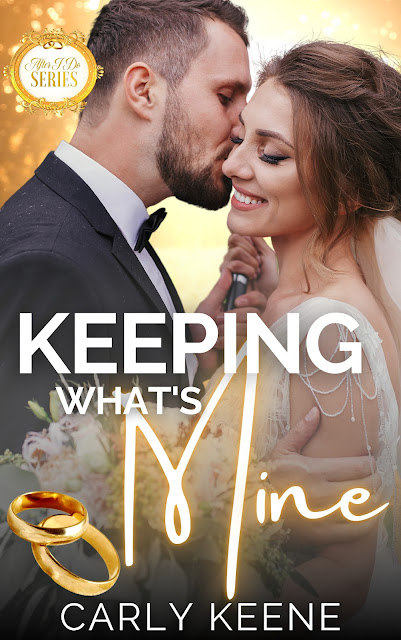 BLURB
FLORA:I return to my hometown for the funeral of my great-aunt Zee, who brought me up.I’ve missed Dogwood Falls during the six years that I’ve been living in Silicon Valley, working for a big tech company.I’ve missed my husband, too.But since he refused to move with me for my career, I left him behind.Now I’m back, and he’s as gorgeous—and as infuriating—as ever.When the will is read, there’s a twist: I can’t inherit Aunt Zee’s estate unless I meet her conditions.One, the renovations to the Victorian house must be completed.Two, I have to live in the house until it’s fully restored.Three, the contractor renovating the house must also live in the house until it’s restored.…and I’ll give you three guesses as to who Aunt Zee hired as her contractor.EVERETT:When my client, and temporary landlady, dies in the middle of a house renovation, I figure that’s the end of the job.Her will says otherwise.The will says if I don’t continue to live in the house, I won’t get paid.And my client’s only living relative…is my wife.Flora’s the love of my life.I still can’t believe that I was stupid enough to try to insist that she stay here in this small town, instead of following her and letting her have her own dreams.I’ve regretted it ever since.Flora won’t listen to my apologies.Maybe now I’ve got the chance to start over with her…This February, you’re officially invited to attend a month-long celebration of love!Twenty-eight of your favorite short, steamy romance authors have teamed up to bring you stories that will make you swoon, laugh and set your e-readers on fire! Whether they’ve stumbled into love, fallen for their worst enemy, corralled their bestie or are fighting to rekindle a lost love… Tag along and find out what happens “���������� �� ����”!
PURCHASE
Amazon US
Amazon UK
Amazon CA
Amazon AU 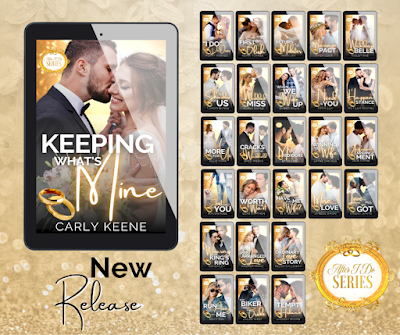 ABOUT CARLY
Carly writes short romance stories as steamy and sweet as a triple-vanilla latte, served extra hot.
She lives in Virginia with her husband and a bat-crap crazy dog.
FOLLOW CARLY
FACEBOOK 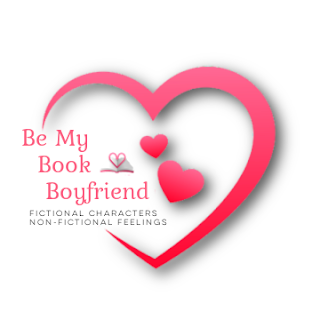 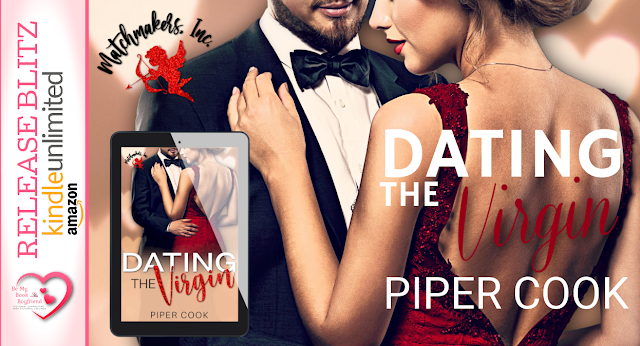 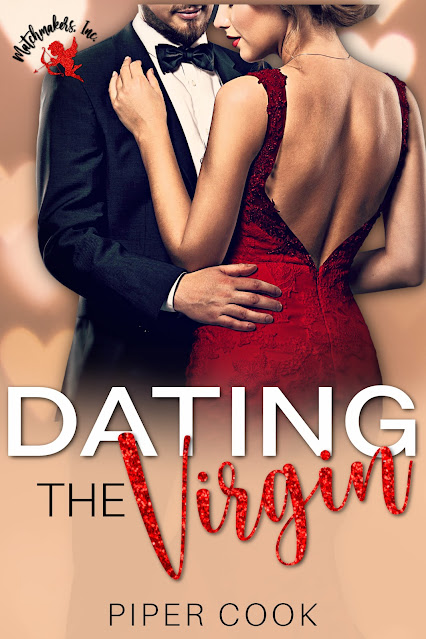 She’s worldly-wise and cautious. He’s in no hurry to find the one. Can two neighbors who go bump in the night find love in the light of day?

Men are never as tall, attractive, or as well-endowed as they claim to be.

When I sign up for a speed dating event, I’m surprised to see my serial dating neighbor there.

I’ve heard my share of cheesy come-ons, but his line is the cherry on top.

Justice is unlike any man I’ve met, and he’s leading me into virgin territory.

But is he just a man on a mission or someone with staying power?

During a guy’s night of poker, I let my most guarded secret slip.

But I can take a little ribbing from the guys.

When they goad me into a speed dating event, I go along with the joke.

Gabby’s my curvy redheaded neighbor, and she blows more than my mind with her sassy mouth.

Can I convince her to give me a second chance to make a first impression?

This Valentine’s Day, our heroes and heroines are skipping the dating apps and attending one of MatchMakers Inc.’s famous Speed Dating events. Is five minutes enough time to feel a spark of chemistry? Can love truly be in the air?

Go on a speed date with us and find out!

This February, thirteen of your favorite romance authors celebrate steamy instalove in this Valentine’s Day series! 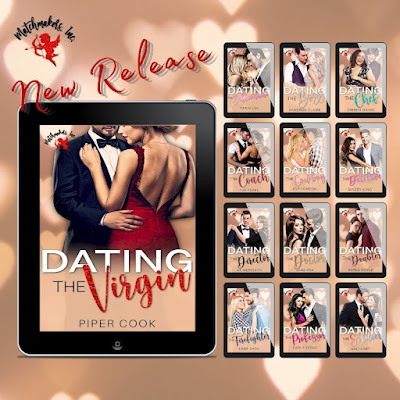 I live deep in the heart of the United States, love to cook, bake, and create. I love to paint, draw, and work with my hands. My mind’s always racing with new ideas and crazy creative endeavors.

I’m sweet and sassy just like the women in my books. I’ve aspired to be a writer my entire life. My first love was journalism, which taught me the fundamentals of writing. But then fell in love with writing short, steamy, borderline chili pepper hot romance.

My books are short but full of all the feels. I like real characters with real flaws, pain and problems. But everyone deserves their own happily ever after, so you’ll never be disappointed by cliffhangers or couples who cheat.

I hope my stories inspire you, light a fire in your heart, and make you laugh and sometimes cry for joy. But most of all, I hope you reach The End with love in your heart for the characters you chose to spend time with.

I used to be Sergeant Owen Williams, but now I don’t know who the hell I am.

After my last deployment unraveled, leaving chaos in its wake, I walked away from the Marine Corps. The problem was, my ghosts followed me. Relentlessly.

Never in a million years did I expect a furry, four-legged guardian angel to step in and change my path. Nor was I prepared for the hot mess of a woman that accompanied him.

Tori and her cantankerous dog were everything I never knew I needed in my life. Except my fear and issues ruined everything. Left with my ghosts, I was spiraling without her.

So I came to a conclusion.

Come hell or high water, I was going to show her I was worth forgiving.

💙 Catch up with the other Demented Sons MC Texas Books 💙 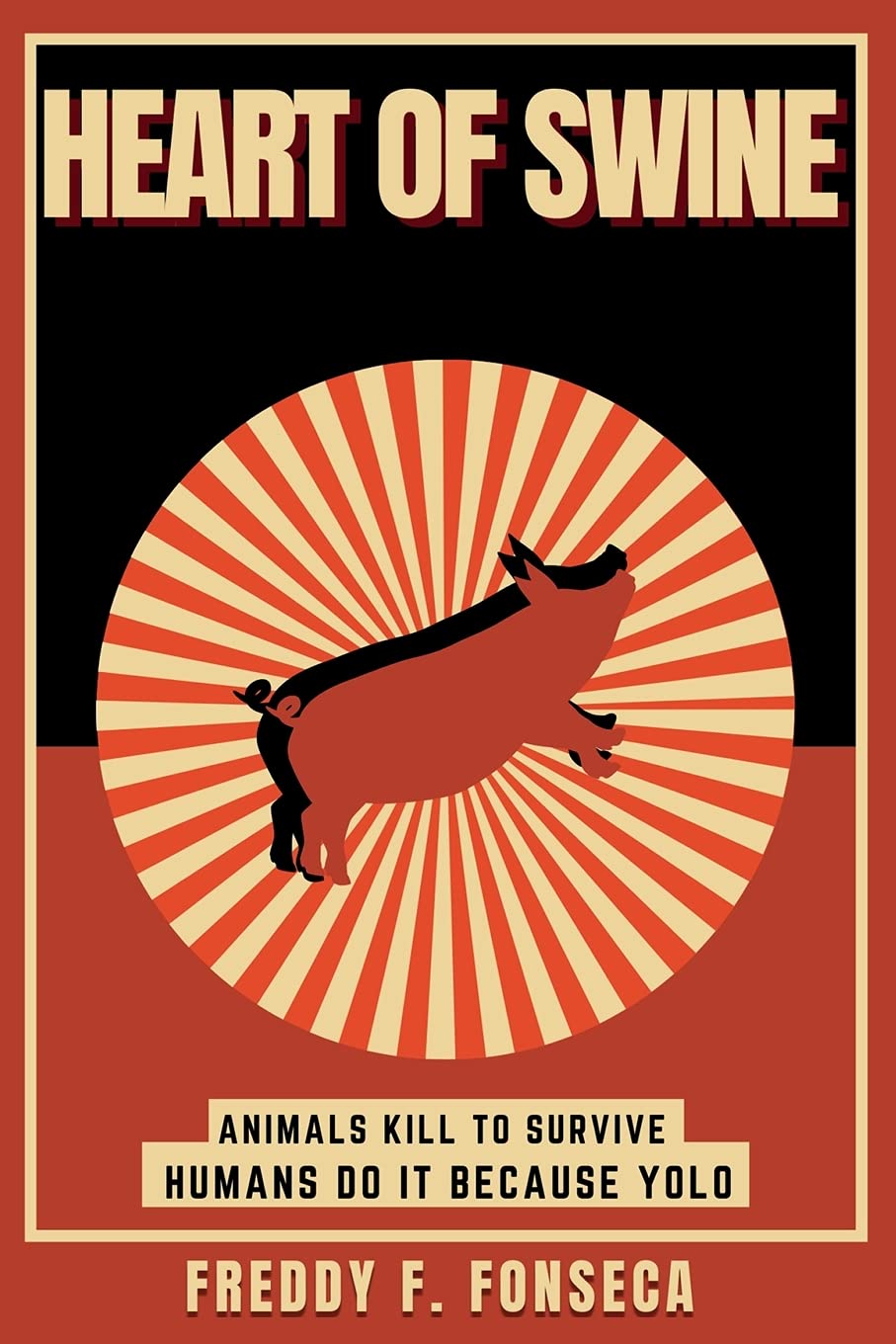 A Ridiculously Realistic, Deadly Serious Comedy – With a Superhero Pig

Wait until we start thawing a frozen planet with pig farts.

That’s where the story begins and it doesn’t get any less wild. At once ridiculous and chilling, rising surrealist talent Freddy F. Fonseca explores the dark, porky underbelly beneath humanity’s seemingly ever-more-virtuous race toward sustainability – and the genius puppet-masters who watch our feeble bamboo-straw-buying attempts and smile, while flattening another rainforest.

Oh yeah, and there’s our hero. The last remaining pig on Earth just happened to be blessed with superpowers. Which he would use to avenge the extermination of his species, were he not to get tangled up in an all-too-human web of greed, lust, and indifference.

The anarchic and ambitious Heart of Swine has breath-taking scope and a wry, not totally resigned smile. It incautiously pulls away the covers to reveal how half-assed humanity’s efforts to clean up after itself have been. It’s funny and coarse, sure, but the writer is deadly serious. The epic failures we continue to see around the world on a personal and political level are taken to frightening lengths. And reading Heart of Swine is like a Rorschach test for one’s outlook on the future – although it’s hard to think, especially after finishing this book, that everything’s going to be just fine. 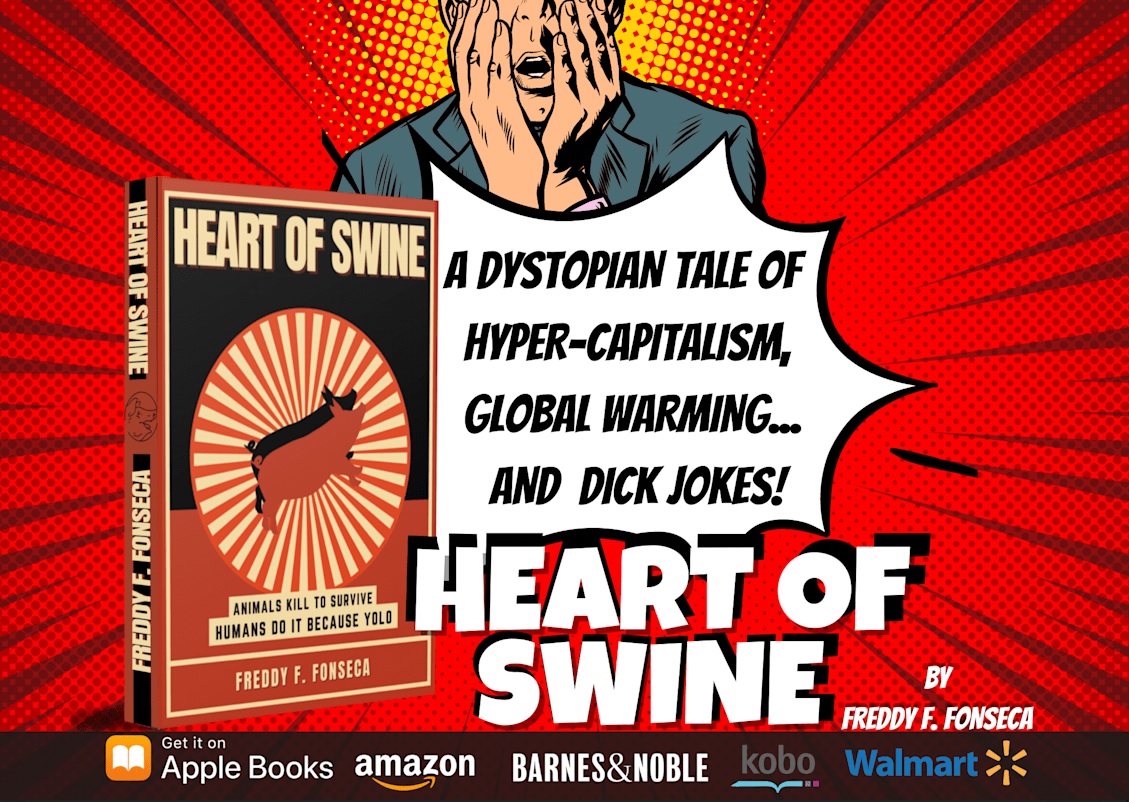 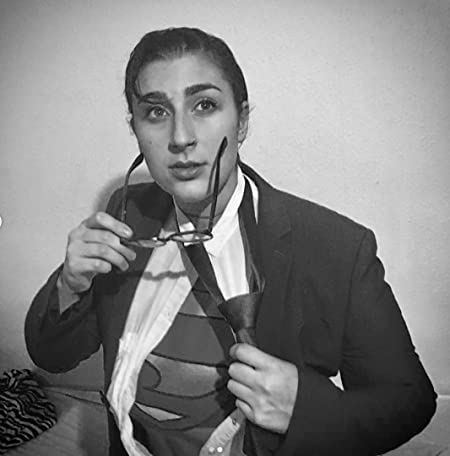 Freddy F. Fonseca graduated with a First Class Honours in Creative Writing and English Literature from LMU and has a MSc in Environment, Politics and Society from UCL.

The writer strives to create stories that reflect the complexity of human nature and question the unhealthy entanglement with materiality.

What pushed Freddy to write Heart of Swine is the fact that too many don’t understand their accent. 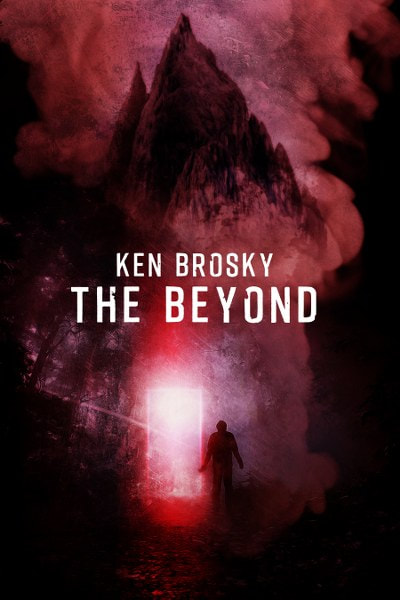 Moon Song’s brother has gone missing in the town of Blackrock, Pennsylvania. Worried that her brother has slipped back into addiction and desperate for answers, Moon hires private investigator Ben Sawyer to help her uncover the truth. Together they discover what the people of Blackrock refuse to acknowledge: something terrible has happened inside the coal mine that defies all logical explanation, and it threatens the lives of every single person in town. Bodies are piling up at the funeral home, and many others have seemingly vanished.

Moon’s only hope of finding answers rests in the hands of a local professor who knows the mine’s horrible secrets. But the professor has problems of his own, and unless he can confront the creature that’s hunting him, Moon’s chances of making it out of town alive are darker than a seam of coal.

Dive into Ken Brosky’s horror-fueled nightmare and find out what’s in The Beyond!

Get it discounted from Timber Ghost Press ! 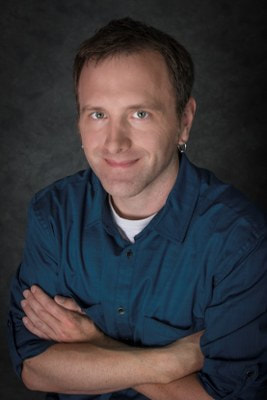 Ken Brosky lives and teaches in the great state of Wisconsin. In addition to having short stories published in magazines like Grotesque and Alfred Hitchcock’s Mystery Magazine, he also writes regularly for Suspense Magazine. His favorite horror movie is John Carpenter’s The Thing, his favorite band is Nine Inch Nails, and his favorite book is Cloud Atlas.