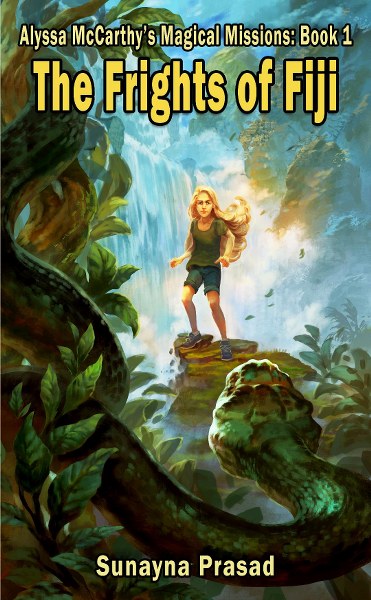 The Frights of Fiji

A world of magic and adventure awaits…

Sent to live with her strict, aloof, and uncaring uncle after her parents are killed in a car accident, twelve-year-old orphan Alyssa McCarthy longs for the life she used to have—one filled with fun and love. Then one stormy night, a message appears in the raindrops on the window that will change everything.

“Your life will never be the same again, as magic will interfere.”

Before long, Alyssa is kidnapped by Master Beau, a banished sorcerer with a mysterious connection to her who can only regain his power by weakening hers. Suddenly hurled into a world of wizardry filled with fantastical beasts and marvelous technology beyond her wildest imagination, Alyssa must defeat Master Beau if she ever wants to get home again. But Master Beau will stop at nothing, including using Alyssa’s friends, to ensure he is triumphant.

Originally titled “From Frights to Flaws”, this story is the exciting and enchanting first book in the “Magical Missions” series. 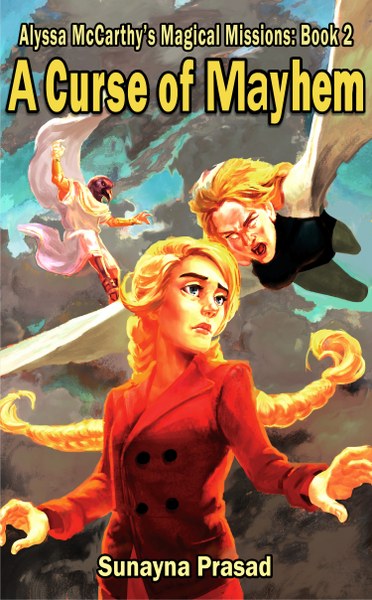 A Curse of Mayhem

History, like magic, has a habit of repeating itself

It’s been six months since thirteen-year-old Alyssa McCarthy left magic behind for good. Or so she thought…Then the enchanted objects that protected her disappear. Now a skeleton named Errol has cursed her with magical powers that keep getting her in trouble.Suddenly strange things are happening with disastrous effects, and if Alyssa can’t remove the magic, she will lose everything she holds dear.

In order to get rid of her unwanted wizardry, Alyssa will have to boost her bravery and confidence and determine who Errol really is. But every time Alyssa uses an enchantment, Errol is one step closer to getting his flesh back and becoming alive, and he will do anything to achieve his goals…even if it means destroying Alyssa’s happiness.

Originally published in 2016 as “Wizardry Goes Wild” and “The Unruly Curse” in 2019, “A Curse of Mayhem” is book two in the exciting and suspenseful “Magical Missions” series. 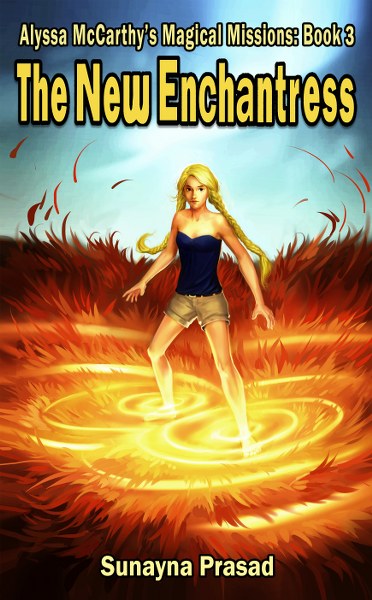 Cursed by a sorcerer’s hex, Alyssa McCarthy finds herself in a fight she can’t afford to lose, or everything she knows will be lost!

After she finishes her final year of junior high, fourteen-year-old Alyssa faces an uncertain future in more ways than one when a sorcerer casts a hex that leaves her with involuntary magical powers that are too dangerous to remove.

Unable to control her newly gained abilities Alyssa’s end-of-middle-school sleepover ends in disaster when she knocks her friends unconscious when her powers go out of control. If Alyssa can’t learn to master her magic soon, she will be cursed to forget her loved ones and serve as the warlock’s slave for all of eternity.

Her only hope is to focus on controlling her emotions if she is to break the curse. However, the difficulties of adolescence, along with the perils and growing disasters she faces, make Alyssa struggle even more. From putting her friends’ lives at risk to losing their trust, she continues to fear what will become of her if she fails.

Will Alyssa be able to break the hex and become the enchantress that she was meant to be, or will she become enslaved to the sorcerer forever? 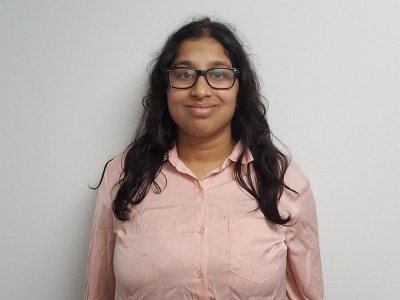 Sunayna Prasad has published a few books between her late teens and her mid-twenties. Aside from writing, Sunayna also likes to cook, do art, and watch videos online. She has graduated from college in May 2017 and is looking to continue more writing. Sunayna lives on Long Island, NY.