The Resurrected Queen by Jayce Carter

Book 2 in the Nemesis series 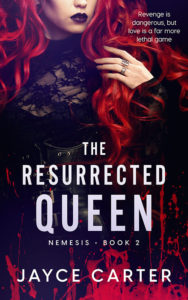 Revenge is dangerous, but love is a far more lethal game. Only one of the people who betrayed me is still alive—my father. Nothing matters more to me than making him pay and saving my sister from his influence. But my attempts to rescue her only made him paranoid, and now the sister I wanted to save is being forced into marriage with an associate of his, all because of me. I tried to keep the Quad, the four men I can’t stop falling for, at a distance, but the temptation they offer is more than I can resist. I tell myself I can enjoy their bodies while refusing to trust them, but, as the days pass, keeping those lines straight becomes harder. I’m in more danger than ever and my enemies are closing in on me. I don’t believe in happily ever after, and the further I go, the surer I am that this will end with me dead—this time, for good. Reader advisory: This book contains scenes of murder and attempted murder, violence and bloodshed, and a morally gray heroine.

Nothing stays a secret forever. I stood there, covered in blood, facing four men who I was hopelessly bound to, who now knew I’d been lying to them, and who might just kill me for it. Carlos’ body still rested on the floor behind me, and I’d have put a bullet into Rune—mostly because he was the biggest target—if I hadn’t run out of ammunition. Which was part of the reason I couldn’t blame them for the seething anger they stared at me with. “Kelsey?” Dane asked, as if he might have misheard the entire conversation. His gaze didn’t stray from my eyes. Was he trying to see the girl he’d known there? Trying to see if he could catch a glimpse and recognize me? Good luck, buddy. That girl died ten years ago. I nodded, dropping my arm since the gun was heavy and useless at the moment. “How?” “I’m pretty sure you can work that out for yourself.” I risked glancing across the four men, not meeting their eyes but searching for a reaction from each. Mostly, they wore shock, as though they had to replay everything that had happened between us to come to terms with the idea that I wasn’t who they’d thought I was, that they’d already known me. Colton took a step toward me, and I took a big jump backward. He froze, his expression hardening as though he didn’t care for the reaction. Too bad. Only an idiot would trust them, especially now. They had every reason to kill me, even if they hadn’t before. Still, he didn’t argue, didn’t try to reassure me. Instead, he glanced around the room, sliding into a familiar ‘all business’ mode. After a second, he nodded. “We’ve got work to do. Five bodies downstairs, one up here. There’s too much blood and not enough time to clean it properly. Let it look like the hit it was—just make sure no one knows who did it. Let’s get rid of any evidence.” “There isn’t any,” I snapped. Colton gave me a chilling look, one that reminded me of why I’d backed away earlier. The man was terrifying when he was calm like that. “How about the bloody handprint on the banister? That left a good set of fingerprints. Or perhaps the video footage?” “There isn’t any footage. I made sure the power was off before I got in front of any cameras.” “For this house, sure. You failed to notice that the camera at the neighbor’s house watches their RV and also gets a look at the front door of this place. Also, did you bother to find out if he has any universal power supplies hooked up to his camera feeds? This was sloppy, Kelsey, no matter what you want to say.” The criticism sucked, but it wasn’t nearly as painful as the way he said my name. That took the breath from my lungs, threatened to connect me back to the girl I’d been, to the life that had been stolen away. “I can help,” I said, rather than trying to argue with him. The reality was that it had been sloppy. It had been impulsive and foolish, and I still had too much alcohol in my system to pretend I was on the best footing. “Not a chance.” Colton looked over at Bray, who still hadn’t said a word. “Get her back home with Dane. Rune and I will clean up this mess.” A moment of hope hit me, the idea of getting a moment alone, of figuring out a way to put everything back right again, before I’d managed to royally fuck up the entire plan. It fled, however, when Colton landed his heavy gaze back on me. “And when we get back? We’re going to have one hell of a talk, Nem.” I had a feeling I wasn’t going to enjoy the sort of talk he meant… 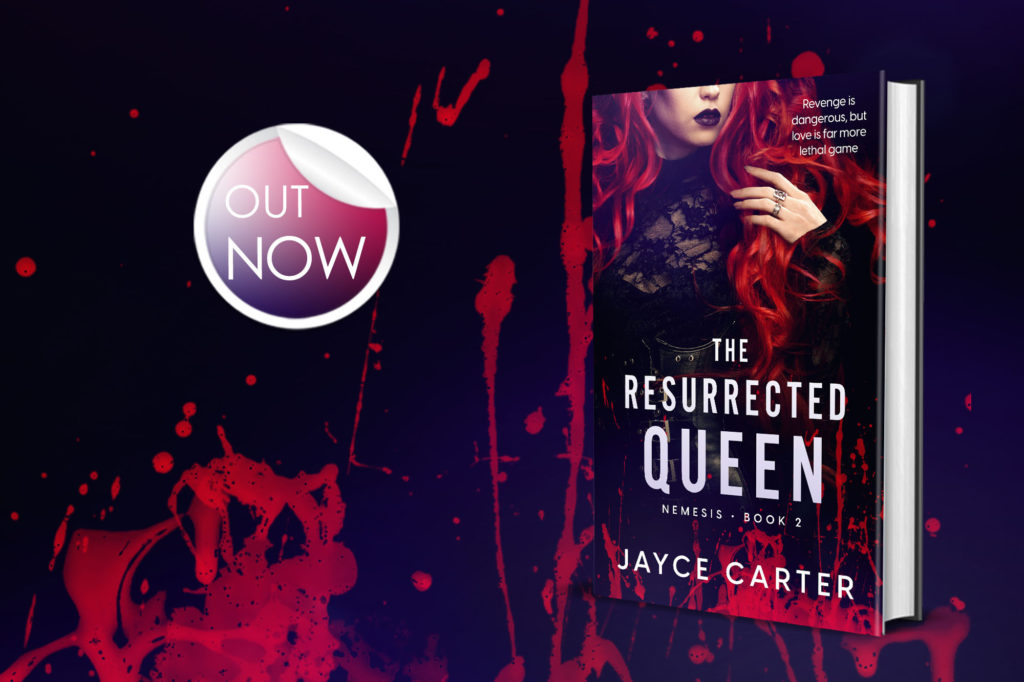