Made of Folded Paper by Kai Wolden 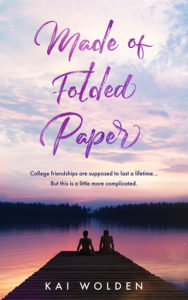 College friendships are supposed to last a lifetime… But this is a little more complicated… Will, a daydreamer and romantic from small-town Iowa, starts his first year at Weston Academy of the Arts, where his peers nickname him “Iowa.” Iowa becomes acquainted with a charismatic thespian named LA, who introduces him to his two best friends—Cynic, a suave and sardonic musician, and Charlie, a reserved and enigmatic writer. Over time, Iowa becomes increasingly fascinated with his three new friends in different ways, forming a brotherly bond with LA and a more complex connection with Cynic. Only Charlie remains distant, capturing Iowa’s intrigue most of all. When Iowa catches a glimpse of an alarming scar on Charlie’s chest, he becomes obsessively concerned about him. He begins to view Charlie as a fragile, tragic figure—but when he finally breaks through Charlie’s barriers, he discovers that this couldn’t be further from the truth. As Iowa is overcome by intensifying feelings for Charlie, the group dynamic grows tense. It turns out Charlie and Cynic have a history, and seeing Charlie and Iowa together just might be enough to drive Cynic off the rails… As graduation approaches, the four friends’ relationships are tested by jealousy, heartbreak and tragedy. Will love be enough to hold them together in the end? Reader advisory: This book includes the death of a character in a drunk-driving incident. There are mentions of substance abuse, self-harm and depression, as well as mentions of suicide, homophobia, and transphobia. 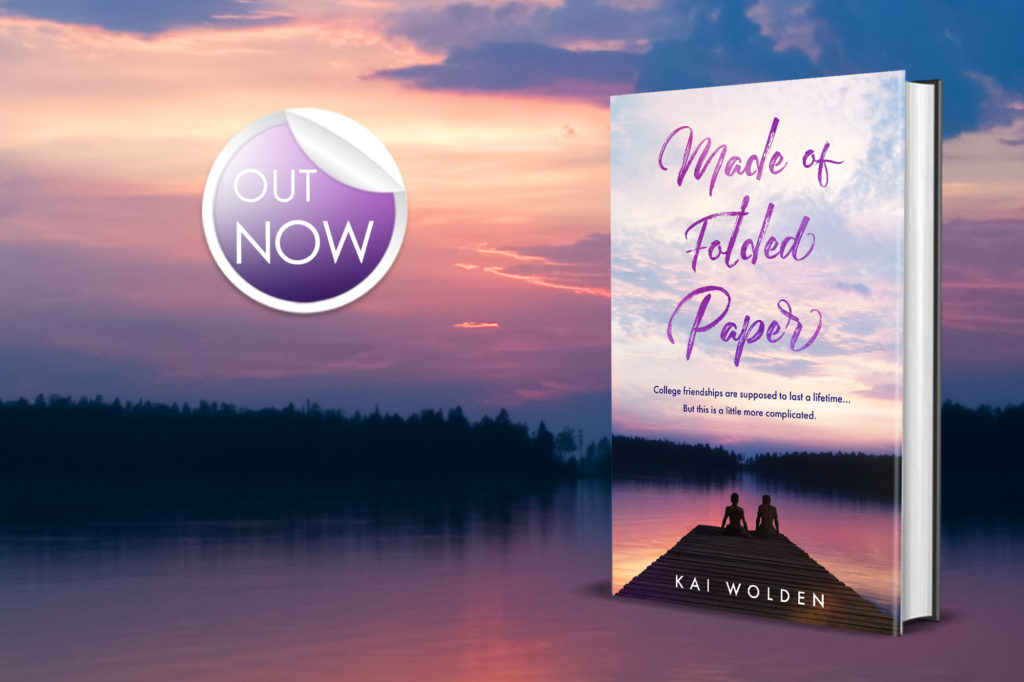 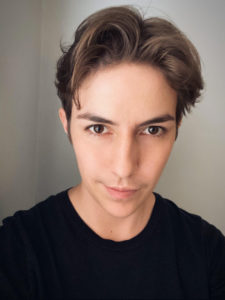 Kai Wolden writes fantasy, sci fi, and contemporary fiction starring queer, trans, and gender-nonconforming characters. Whether it takes place in outer space, a fantasy world, or a modern-day college campus, Kai loves honest, heart-wrenching stories about queer love in all its forms: friendship, romance, found family, and those ambiguous relationships that are somewhere in-between. Growing up queer and trans in small-town Wisconsin, Kai always wished he could find fictional characters who were more like him. Now he’s populating the world with them, one book at a time! Check out Kai’s website here.