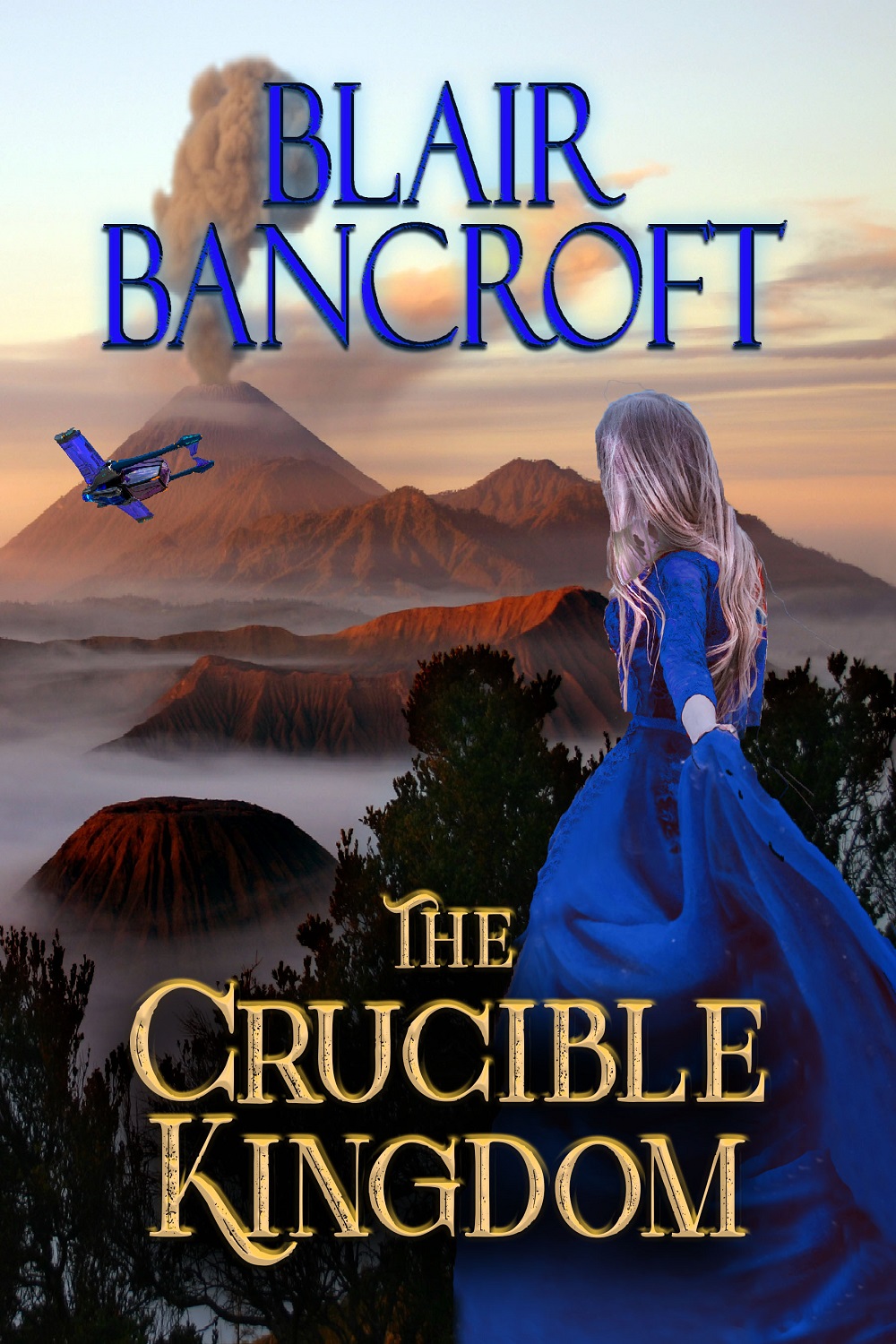 In this spin-off of the Blue Moon Rising series, the Crucible Kingdom, an obscure planet far, far away, is suffering from an ancient curse—periodic bouts of violent storms, earthquakes, floods, tsunamis, and wildfire. To break the curse, a widowed duchess and a starship captain from the disintegrating Regulon Empire (which her ancestors fled centuries earlier) are forced to work together. Although the duchess grudgingly concedes that the captain is highly capable in emergencies, she scorns the idea that a hard-headed Reg who does not believe in the power of sorcery can be helpful in ending the curse. And then the captain comes up with an idea no one thought of, setting off a quest that turns out to be as dangerous as the curse itself. 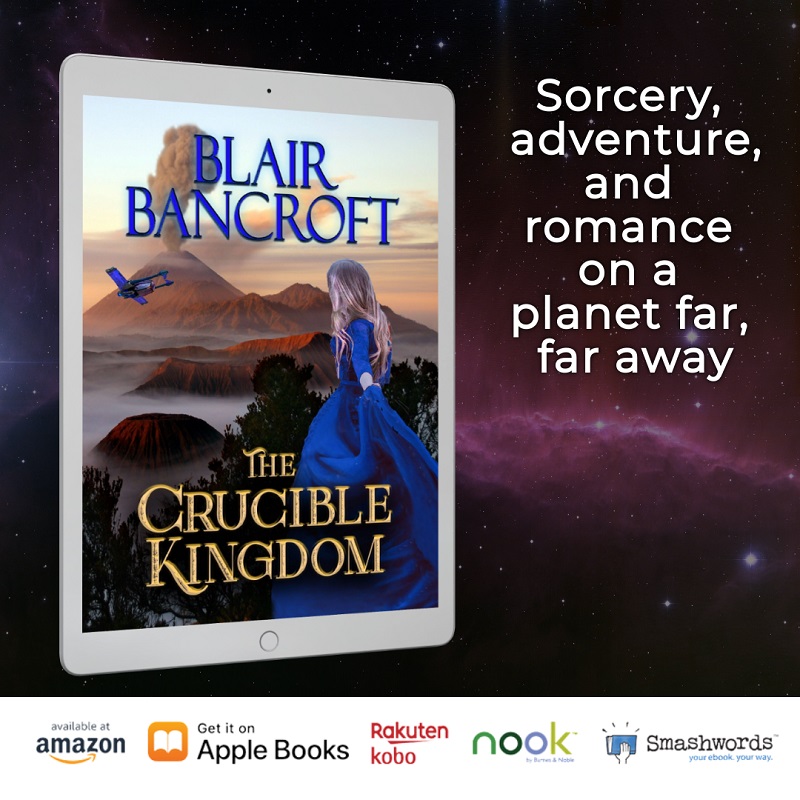 “Command, Command,” Ryn called, “Yindan exploding. Repeat, Yindan exploding.” He paused, craning his neck to look toward their rear. “The whole fydding side of the mountain is collapsing, cloud rising. Black, roiling . . . Dimmit, that was lightning!” Ryn steadied his voice to captain mode, continued his narration. “We’re red-lining it out of here, but it’s right on our tail— Omni!” he breathed. “It’s leveling trees like toothpicks.” For Alora’s ears alone, he added, “Max it, Duchess! Show me this toy can out-run what’s chasing us.”

It was as if they were flying in a vacuum—no sound from explosion or thunder, but the sky darkened around them, leaving only a small blue patch in front. Alora, fingers white-knuckled on the steering stick, attempted to blot out all thought of the monster looming on their tail, but mind over matter refused to work. She could feel the target on her back, the force of the blast aimed straight at them.

Ryn was alternating his communication with Command with private words of encouragement that somehow rang false. Even though they’d kept a respectful distance from the volcano, their head-start was slim. But every kilometer they traveled toward home would lessen the force of the blast. So, keeping a wary eye on the instrument panel—how long could her precious baby keep up this pace?—Alora pushed their speed to faster than a PCC was ever designed to travel.

“Fyddit,” Ryn muttered as more flashes lit the gloom. “The lightning’s gone weird. Pink and purple.” A short pause, and he added, “A story to tell our grandchildren, right?”

The PCC wobbled as air whooshed out of Alora’s lungs. He could make jokes at a time like this! Or maybe it wasn’t a joke, just an attempt to reassure her they would survive this. Have a real marriage. Strange as it was, it helped.

“Good,” Ryn muttered a few minutes later. “Passed the half-way mark. Blast shouldn’t be too bad at forty kliks.” But after another look over his shoulder, he did a swift recce of the forest below. Shouting over the now audible roar that was about to engulf them, he pointed toward the right. “There! That break in the trees . . .”

Alora followed his direction, even as his tone sent a warning shiver up her spine. They weren’t going to make it. Ryn was looking for a clearing . . .

“Give me the stick!”

No question which one of them was stronger. Alora gladly gave up control. A rushing stream with a slight clearing on either side, came into sight just as, thirty kliks from home, they lost the race. The forefront of the explosion, armed with ash, pumice, blocks of lava, snow, ice, and chunks of rock, sent the PCC into a spin. As hard as Ryn fought the onslaught, it was like an ant fighting a giant. Their world no longer silent, the PCC went down in a barrage of sound, from the bangs and thuds of the lethal contents of the black cloud to the ugly crack of a wing sheared off by a tree, the whomp of the undercarriage hitting the ground, skidding, bouncing, grinding to a stop. The noise finally settled to near silence, leaving only the soft hiss of falling ash that was already beginning to envelop the plane. And the unconscious occupants inside. 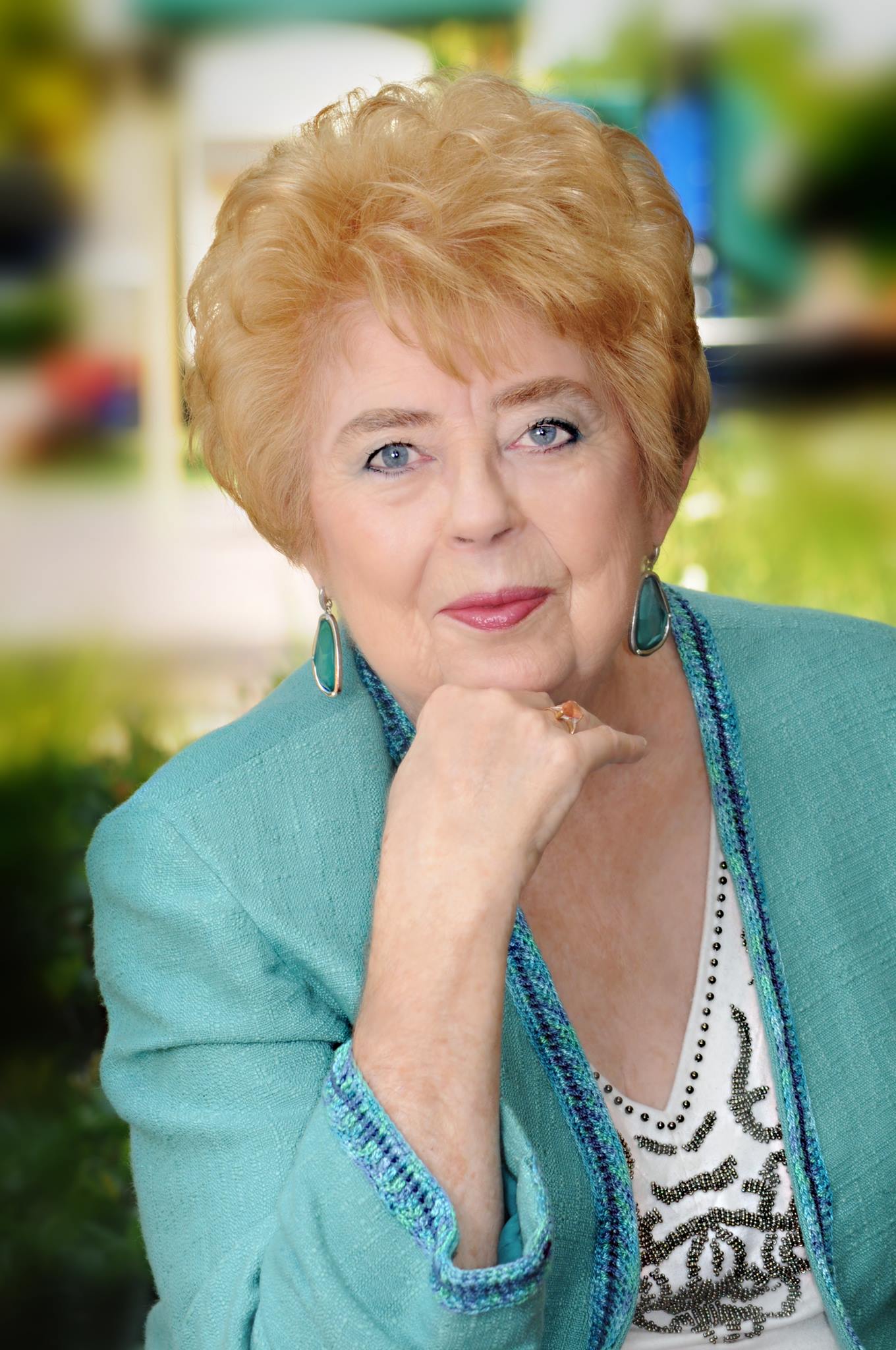 Blair Bancroft is the award-winning author of fifty novels. Although best known for books set in the Regency period (Gothic, Historical & Traditional), she also writes Contemporary Mystery and Suspense, with a Medieval Young Adult and a Steampunk thrown in for good measure. Her awards include a RITA nomination and winning the Golden Heart (Romance Writers of America). “Best Regency” from Romantic Times magazine. “Best Romance” and “Best Young Adult” from the Florida Writers Association. She is also the author of Making Magic With Words, a 200,000-word book of advice on Writing and Editing.

Blair considers being able to create people, even whole worlds, from the imagination a never-ending joy. She is an “out of the mist” author. One of her favorite sayings: “I can hardly wait to sit down to my computer each morning and find out what my characters are going to do next.”