Blood by Midnight by Cassie Alexander
My rating: 5 of 5 stars

book 3 in the series and it keeps getting hotter and more dark love it. do need to make sure you read in order to follow along with Jack…..mix in werewolves and you will love this series

looking forward to book 4 and see if mafia wins

Damian was getting careless. He purposefully lingered in Sasha’s apartment, sniffing his underwear, making sure his scent bled into the fabric. He’ll die if he couldn’t have him. Have this. His sweet omega. Professor Sasha Petrovitch wasn’t meant to be coddled; he was meant to be wrecked. Eviscerated. Damian could do that. If only Sasha hadn’t rejected him. If only Sasha behaved like a proper omega and submitted to him fully then this wouldn’t be happening. There were rules against this type of thing. Treaties. Laws and regulations against alpha’s overstepping their boundaries. As pack leader of the Barbaric Prowlers, Damian has broken them all. He couldn’t help himself. Words failed him once he invaded Sasha’s space. That scent. Jasmine. It drove him mad. Damian wanted to smash him open. Pull him apart as a wolf does to sheep. He’s half-possessed. Deranged. This maddening infatuation has destroyed him. And the worst part was, Damian let it. Warning: violent thoughts, violence, gore, dubious consent, stalking, werewolf shifter fantasy, HFN & soft cliffhanger ending.

To celebrate the thrilling release of Rage Unleashed: Wrecked, J.K. Jones is giving away a $10 Amazon Voucher!

Literature is in my veins and the words pour out of my blood. Message me privately to join the mailing list. I like my artsy with a bit of fartsy. I love Sundays spent drinking massive amounts of coffee and lingering over whichever book I am currently enthralled with. Favorite movies: American Beauty. Duh. What can I say? It’s a classic. Favorite place: The fort I built in my basement which my mom forced me to take down. Favorite food: Cheetos. Puffs. I don’t know what everything is crazy about the crunchy ones are crap.

Relativity by Carole Cummings
My rating: 5 of 5 stars

First time reading this author and they did not dispointed at all. This was a mix a mystery and sci fi. Not sure who to trust or what world. The character give the story that extra and when draw in the extra dimension it become out of this world

Flaring Ember by Meraki P. Lyhne
My rating: 5 of 5 stars

4th book in the series which you have to read in order. The characters are coming more into them selves. Battle has now spill over and effects so many. but will the 2 spokes be able to live up to title. This was a nail bitter with the drama and action. hope to see what they bring in the next one

A Stroke of Brilliance by Nazri Noor
My rating: 5 of 5 stars

The journey continue with all the trouble happening in the black market. Will they truly understand the crystal.can’t wait for next book and what xander will do 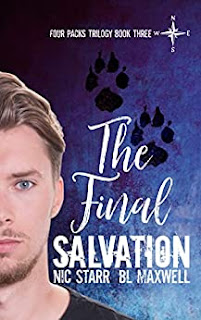 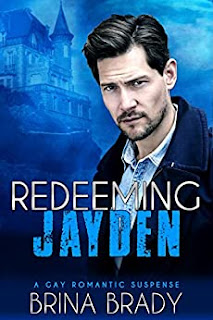 Redeeming Jayden by Brina Brady is available on Pre-order.

Twenty-two-year-old artist Jayden Barron is summoned home from New York City by his father to assist in the family business of painting and selling replica art to international rogue buyers. Nothing prepares him for what he encounters when he arrives, however, his entire family is missing.

Those his father has been dealing with rarely return missing people alive. The family attorney sends Jayden out of the country for his protection, straight into a haunted castle with a singing ghost who leaves him lilacs in the middle of the night. Fortunately, the castle also has Harlan Wendell.

Affluent, generous, thirty-two-year-old, German interpreter, Harlan Wendell has every material possession he could want, but no love in his life. He hires young Jayden to recreate his family portraits lost in a fire. It isn’t long before he realizes that Jayden is much more than an employee to him, and they begin a relationship that fulfills both their desires.

When events take a dramatic turn and secrets are revealed, can Harlan protect Jayden and their love?