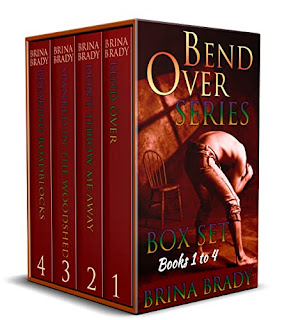 Runaway 18-year-old Shane O’Rourke is living under the Huntington Beach Pier. He carries many secrets from his past. Shane wasn’t allowed to explore his sexuality when he lived home with his father, The Reverend. His submissive nature and desires had to remain fantasies. Shane meets a dark stranger on the beach.

Julien Callier is a Dom from Martinique and is sixteen years older than Shane. Bad boy Shane wants to win the heart of Julien Callier and become his sub. But does he really understand what Julien expects from his boy?

Julien’s heart goes out to this gorgeous boy, and he takes him under his wing, grooming him to be his sub. Julien is determined to let Shane experience the good life, even financing his education, but he’s challenged at every turn by Shane’s rebellious nature. When Shane’s defiant behavior threatens to come between them for good, Julien has to act fast to teach Shane the meaning of real submission.

Can Julien tame the bad boy? Can Shane give up his old ways of stealing, lying, and using drugs? The playroom is open.

Don’t Throw Me Away Book 2
Shane O’Rourke screws up. He has the best intentions but doesn’t always think things through. He means well, really he does. Shane gives up his old habits of stealing, lying, and using drugs, but he isn’t the perfect sub. He has some slip-ups here and there. He loves his Dom and desires to please him in every way.

Shane wants to be honest, but when he finds himself in a big mess, he would do anything to not disappoint his Dom. He fears losing Julien’s love and care. One mess leads Shane into another. And this one threatens more than just his contract.

Julien Callier needs to get Shane under control. When Julien thinks his sub has cheated on him, he doubts his ability to meet Shane’s needs. Shane would be devastated if he lost his collar and Julien’s love. Shane’s sole purpose is to convince his Dom he is worthy to wear his collar.

Can their D/s relationship and their love whether Shane’s mess ups and Julien’s loss of trust in his sub?

Spanked in the Woodshed Book 3
Shane is in trouble with his Dom again. He can’t help making matters worse for himself. He wants to please Julien, make him happy, and be the perfect sub for him. His Dom gives him everything he needs.

This time, there are a couple of people trying to ruin their relationship. Julien is so patient with Shane because he loves him and wants to be the safe place Shane can always come home to.

Breaking Roadblocks Book 4
With their marriage on hold, Shane stumbles. All he wants is to be Julien’s husband, but he just can’t seem to make the right choices for proving to Julien that he is his top priority.

The couple fights against their enemies to stay together. When things get rough, they fight for their love. This story is a story of love and hate with a well-deserved HEA end to the series.