Sacrifices of the body cannot compare with the ecstasy that comes from sacrifices of the heart. Bound by Blood: For centuries, sacrificial offerings have kept peace between humans and the immortal Kin who feed on their blood. When his sister is chosen, Daniel offers himself in her place. Daniel has grown up believing the Kin to be heartless monsters. He never imagined the Kin lord’s touch would stir hiss body and heart, would make him crave the very thing he’d always feared: the sweet, sharp burn of fangs in his neck. Bound by Desire: Keelie al’Trega marries Lord Kalen to secure peace between their two planets. Then she learns the terrible truth — becoming his mate will create an unbreakable psychic bond between them, a bond so intense and powerful that it can drive a person insane. Is Kalen worth the risk? No Shame: Paul’s never told anyone about his fantasies of being spanked and flogged, until he meets Kade — a sensual, experienced man who offers to fulfill his every hidden desire. But Paul soon realizes that he might be in over his head… Flesh and Spirit: Rose has always dreamed of serving Kalia, the goddess of healing and pleasure. But in order to become a priestess, she has to complete a ritual in which she casts aside all inhibitions and enters a trance of sexual ecstasy. Gabe and Rafe are more than happy to help her complete her Initiation. But can Rose handle what they have in mind? Publisher’s Note: Boundaries (Box Set) contains the previously published novellas Bound by Blood, Bound by Desire, No Shame, and Flesh and Spirit. 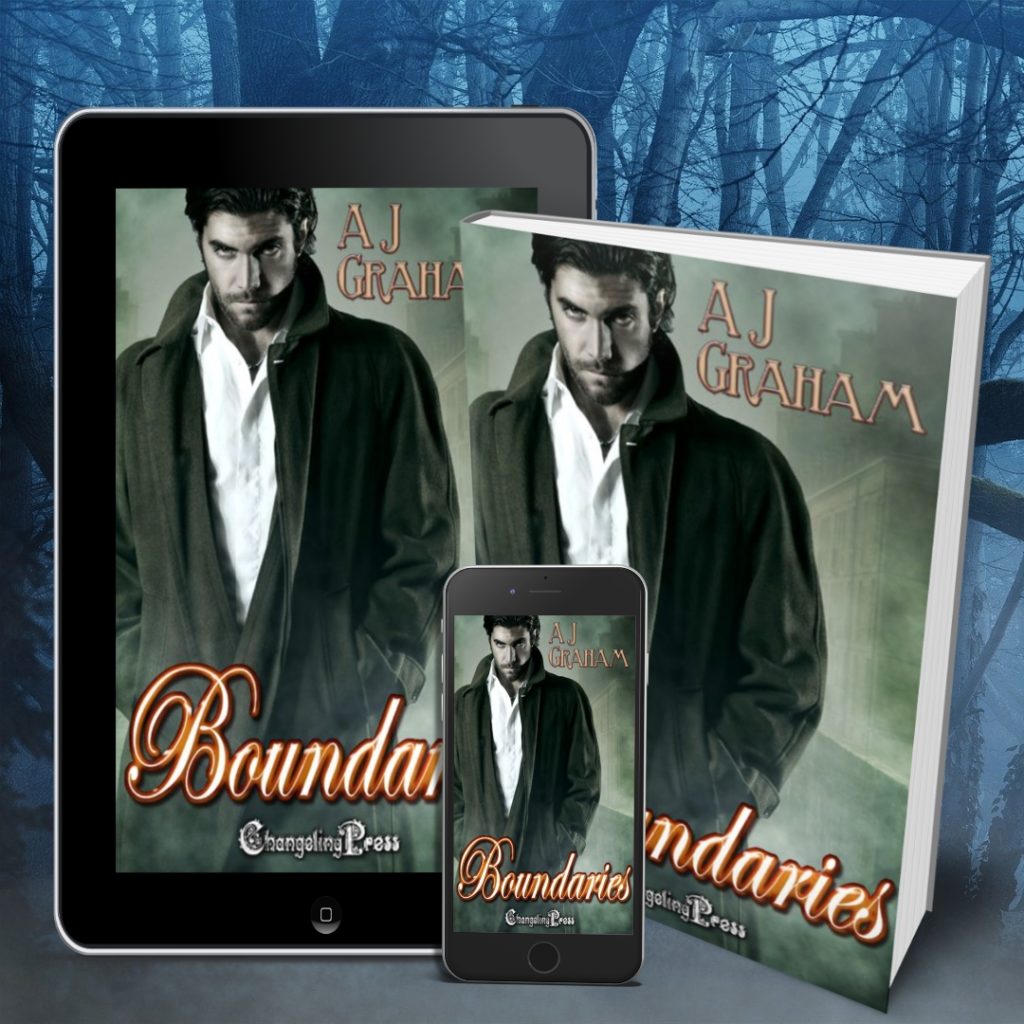 AJ Graham has a passion for cold weather, unusual beers, and anything otherworldly. Dragons, demons, shapeshifters and psychics have always populated their imagination, but sometimes the real world can be just as fascinating and mysterious. And no matter the genre, AJ has always loved stories about soulmates connecting. Whether it’s instant, explosive passion or a slow burn, the power of two (or more) minds and bodies coming together to form a greater whole is always a story worth telling. AJ lives in the Chicago suburbs with their husband.