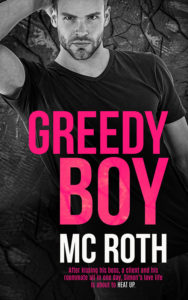 After kissing his boss, a client and his roommate all in one day, Simon finds that his love life is about to heat up. Getting a beautiful man to look Simon’s way is usually the hard part, but that’s before he breaks his own set of rules—his ‘off-limits’ list that keeps him sane and stable. In a single day, he kisses his boss, a client and his not-so-straight roommate. Maybe Simon is a greedy boy who sees the best in them, but he can’t help but want all three of them in his heart and his bed. Yet beauty can be deceiving. One man betrays him, leaving him with the devil and the devil’s worst enemy. Simon’s first priority is keeping them from killing each other, but when lives are threatened and the city turns against him, it may become an impossible task.

The building probably had more light switches than any other in the city, but with night pushing against its windows, it was nearly pitch black except for the tiny bleak emergency lights spotted along the stark walls. Within the compartmentalized offices, a few computer screens buzzed, with their colorful screensavers bouncing along with dizzying monotony. Simon could switch the lights on as he crept through the building, but then someone might look up from the street below and wonder what was going on. The office building emptied at six o’clock sharp every day. One by one the light switches were flicked off, so the entire building went dark as people filed out at the end of their shift. The neighboring condos were bound to contain a few curious souls who would call the cops at the first sign of something out of the ordinary. Which was something he didn’t wanted to risk when he wasn’t supposed to be in the office in the first place. There were only a few company rules that he’d discovered since he’d started working in the grand building a few years before. The strictest of them all was that he was never allowed to work late. His boss had called it a perk. He probably hadn’t thought to warn Simon that the deserted halls looked like the inside of a haunted house after dark. Not that I haven’t broken enough rules today. The biggest rule should have been that he wasn’t allowed to kiss his boss. It should have been printed in giant gold letters at the top of his orientation papers, which he’d signed for human resources on day one. There had been the salary information, the confidentiality agreement and the listed restrictions to keep employees from stealing clients and going rogue. There had been nothing about kissing. Maybe he should have tried harder to pay attention to the sexual harassment video they’d made him watch that had been thirty years out of date? The boredom had been so complete that he had almost passed out in the tiny plastic folding chair. The kiss hadn’t been his fault! 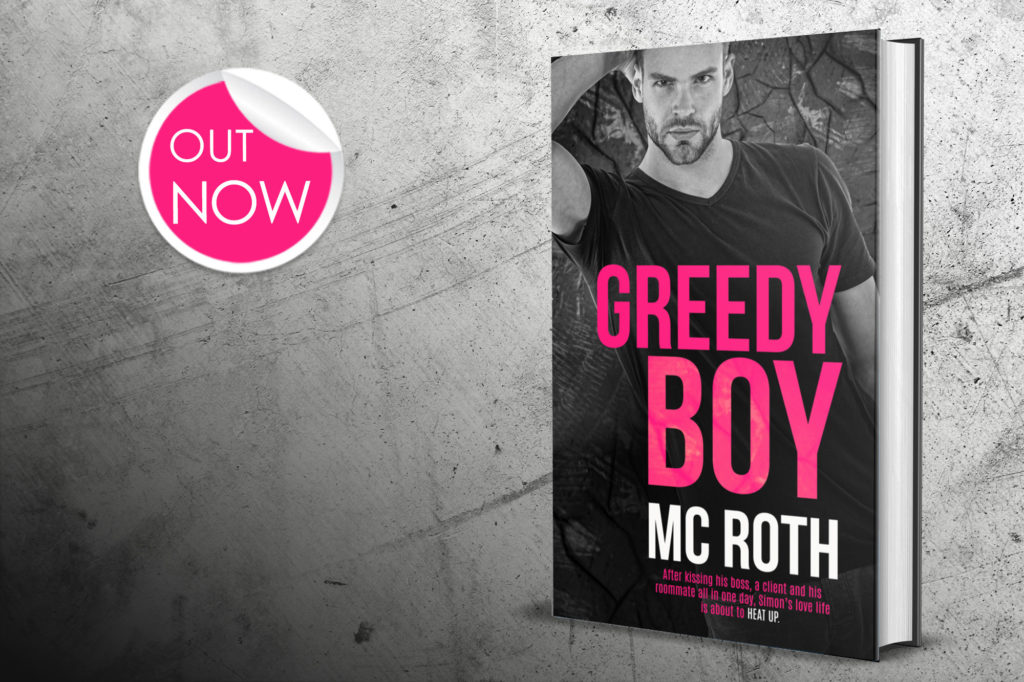 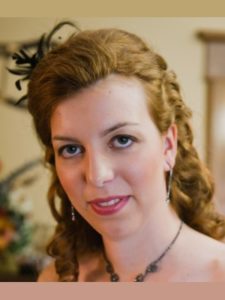 M.C. Roth lives in Canada and loves every season, even the dreaded Canadian winter. She graduated with honours from the Associate Diploma Program in Veterinary Technology at the University of Guelph before choosing a different career path. Between caring for her young son, spending time with her husband, and feeding treats to her menagerie of animals, she still spends every spare second devoted to her passion for writing. She loves growing peppers that are hot enough to make grown men cry, but she doesn’t like spicy food herself. Her favourite thing, other than writing of course, is to find a quiet place in the wilderness and listen to the birds while dreaming about the gorgeous men in her head. Find out more about M.C. Roth at her website.