The Heart to Lead by P. Stormcrow

Book 3 in the Playgrounds series 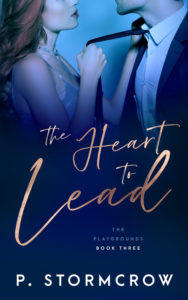 Three years of mourning. One night of pleasure. It might be a new beginning, but only if he is willing to submit. Three years ago, Lani McMillan lost her submissive, and she has been running from her heart ever since. She may rely on the occasional scene to scratch the itch, but no other has come close to arousing her dominant instincts to claim them as her own. That is, until she meets The Playgrounds’ latest security contractor, Nathan Pelletier. He is everything she didn’t expect—ex-military, ex-cop, a fighter, a leader and very much confused by why submitting to her fulfills his deepest desires. So why does she want nothing more than to wrap her hands around his tie and pull him closer? But time is running out for them to explore their new, tenuous bond, as the demons of both, real and imagined, emerge from the shadows and threaten to consume them. Now they must decide what they are to each other if they are to survive their pasts and their own desires. Because it takes more than the will of a Dominant to lead. Reaser advisory: This book contains kidnapping and scenes of violence and torture. It is best read as book three in a series. 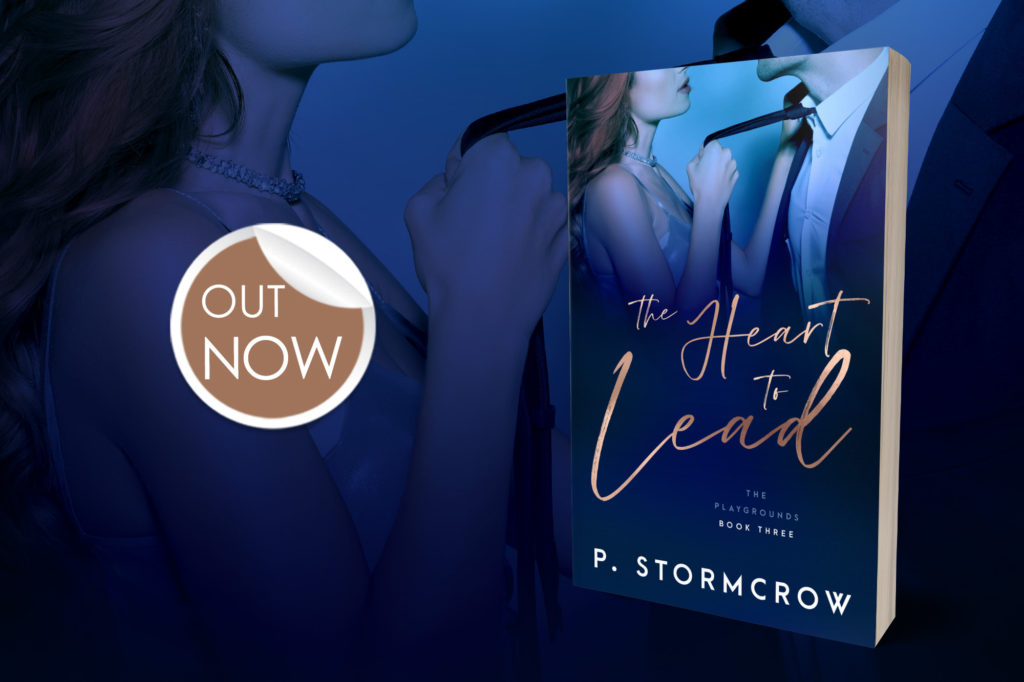 P. Stormcrow has always been an avid reader across the fantasy and sci fi genres but early on, found herself always looking for the love story in each book. Coming to terms with her love for love later in life, she now writes steamy romances that examine social norms and challenge conventional tropes of the genre, usually on her phone. And yes, she has walked into walls and poles doing so. When she’s not reading or writing (or even when she is), she enjoys copious amounts of tea, way too much sugary treats, one too many sci fi / fantasy / paranormal TV shows (team Dean all the way) and every otome game she can possibly find. You can find out more at P. Stormcrow’s website.