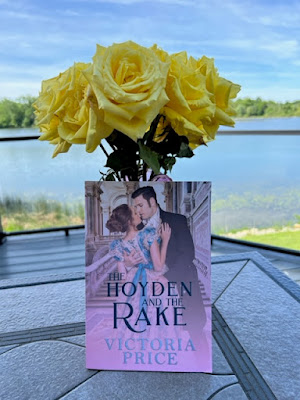 “A light, engaging romance with all of the necessary historical trimmings.” ~ KIRKUS INDIE

“I recommend this book to all those who love the classical style of writing and wish to go back to different a era – if only for the length of an amazing story.” ~ Fatima Aladdin 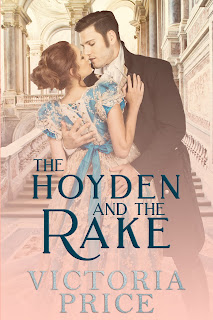 The Hoyden and the Rake follows the escapades of a young debutante Fiona, as she flees home to avoid the unwanted advances of her suitor. Her attempt to escape is foiled, when her getaway vehicle gets involved in an accident and she is forced to take shelter in the home of her brother’s sworn enemy Phillip, the Earl of Sheffield. Phillip who is shunned by the ton for his dark past, is a reluctant host to the impetuous young lady who turns his orderly world upside down. Sparks fly despite their resolve, and when discovered in a compromising situation, a duel between Fiona’s brother Ted and Phillip is inevitable. As the demands of society and Phillip’s reputation as a heartless rake, keep them apart and Fiona and Phillip continue to fight their growing attraction to each other. Fiona wishes to marry only for love and will not accept Phillip even to save her own reputation. Phillip, branded by the torch of love in his past, no longer trusts his own heart. How the two stubborn lovers find each other forms the rest of the story. 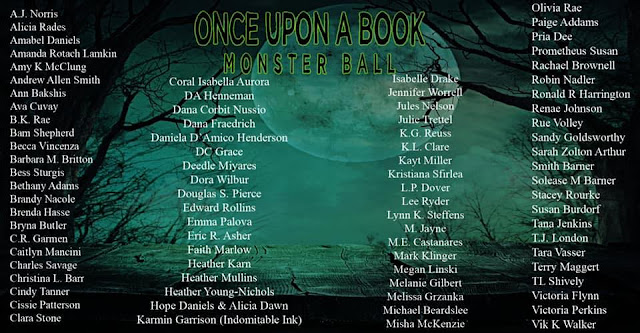 ⋆ Come meet Victoria Price (signing as Pria Dee) at the Once Upon a Book Signing in Michigan in July 2022!
→ EVENT INFORMATION

Fiona sat frozen in shock. Not Sheffield! The carriage door opened, and in the dim light, she recognized the man from the Wandering Goose Inn.

“Care to alight, ma’am?” He extended his hand.

She stared at him in consternation. This was quite the pickle to be in. After running away from home to avoid the advances of one rake, she had ended up in the hands of the most notorious rake of all! The man was known to her by reputation only, though at one time he had been a close friend of dear Ted. However, their relationship had suffered, and to make matters worse, Lord Sheffield had wounded Ted in a duel! She quailed at the thought of accepting aid from one such as him.

His smile faltered. “Well, ma’am? I don’t have all night.”

“Lord Sheffield? I cannot possibly come to your house,” she blurted.

“Not overwhelmed by gratitude, I see,” he drawled. His sardonic expression told her that he had correctly interpreted her reaction to his identity. “I am not in the mood to ravage muddy, soaked maidens today, so you may be at ease that your virtue is safe with me, ma’am.”

Her face reddened further at his crude remarks. “No, you don’t understand, sir! I am Fiona Cavendish. Edward Cavendish is my brother.”

The man stared at her in disbelief. “Oh! Good God! What a damned mess!” She heard him swear under his breath. Her head hurt, and the shock of the accident made it impossible for her to think straight. She stared at him wordlessly, trying to find a way out of the unbearable situation. He appeared to come to a decision. “There is nothing for it but that you must take shelter at my house tonight.”

Fiona shook her head. “No! I will not! My brother will be most distressed. Please take me and my people to the nearest posting house, I beg you.”

“Your brother is not here, and you must be addle-witted to suppose that I will allow my coachman or cattle to drive anywhere in this weather. You may have no concern for the well-being of your staff, as is evident in the fact that you chose to be out on the road on a night like this, but I value the lives of my people. I will be damned if I am going to stand in the rain and argue with you. Please alight and let me show you into the house.”

Fiona shook her head stubbornly. “I will not set foot in your house willingly, my lord.”

“Very well then, let it be noted that you came into my house most unwillingly.” Without preamble, he picked her up as if she were a child and carried her from the carriage. A footman hovered beside them, protecting them with an umbrella as his lordship strode purposefully into the house.

Fiona was too surprised to protest until she saw that he was not setting her down in the hall as she expected and instead was carrying her up the stairs. She then struggled furiously against him. “Put me down at once. Where are you taking me?” Her voice sounded querulous to her own ears.

“Why, to bed of course,” he replied, innuendo dripping in his cynical voice, and he leered at her dramatically, all the while ignoring her protests and struggles. 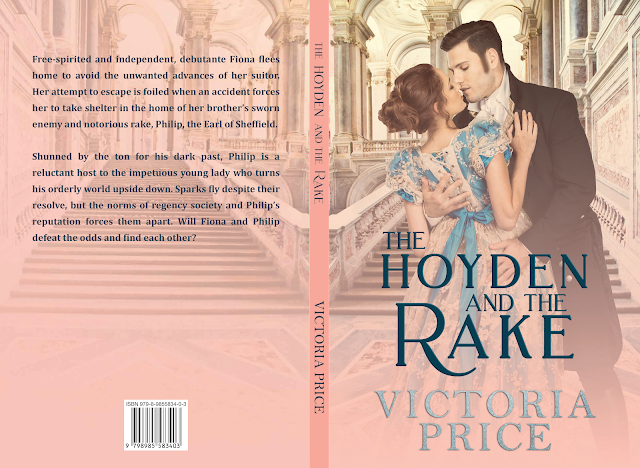