Love always comes with a price. No one knows that better than Justine. Her freedom has cost two bodies and counting, but now that she’s back in the United States, the only thing she can think about is seeing her parents again. After an abusive marriage kept Justine away from them for ten years, she’s returning to New York City a changed woman—and with the assassin she loves in tow. Campbell lost what little family they had years ago, and their cover as a killer relies on never attracting attention. Publicly playing Justine’s rich lover risks stripping that mask away, but Campbell is willing to give her anything, no matter how dangerous. Everything comes to a head the night Justine and Campbell touch down in New York. Their friend Sofia is kidnapped by her Mafia relatives and held for ransom. The trade? Her life for that of a vicious mob boss. And the clock’s ticking. As Campbell plans the kill, the lies they share with Justine start to strain their relationship, and even a second’s exposure will destroy everyone they care about. It only takes one spark to start a blaze, and this fire could bring the whole city down with them. 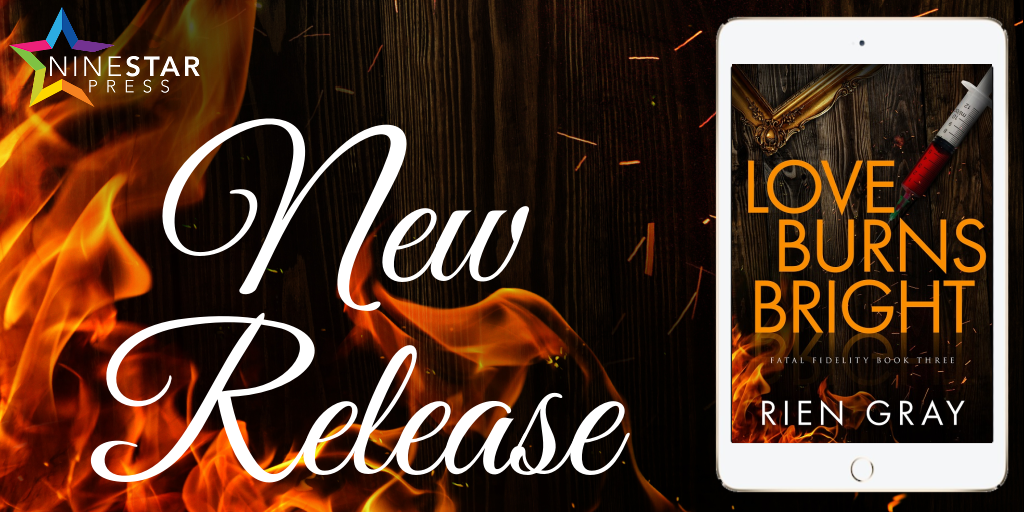 Rien Gray is a queer, nonbinary writer who has worked in ghostwriting, TTRPGS, and video games. They have a treasured (and ever-growing) collection of LGBTQ+ history books as well as a deep, abiding love for Greek myth. Rien has an upcoming short story in Neon Hemlock’s Baffling Magazine. They live in Ireland.