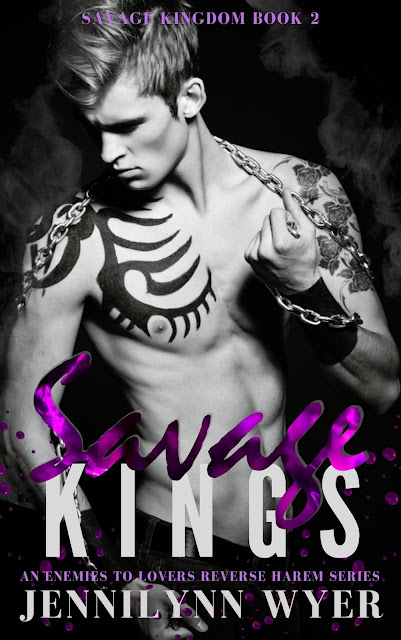 Savage Kings is the heart-pounding second installment of the Savage Kingdom Series.
One strong-willed woman set on revenge.
Four men who were her enemies… until they were more.
Get ready for Alexandria, Keane, Jax, Rafael, and Liam to bring the chaos.
My name is Alexandria Donatella McCarthy, or Andie for short. Daughter of the don of the Rossi syndicate. Abused. Neglected. Overlooked. After five years in exile, I return home to avenge my brother’s death and to take down my father, Maximillian Rossi. But things didn’t work out as I’d planned. Especially when I come face to face once again with them.
Keane Agosti, the leader and next in line to the Rossi throne. Jaxson West, my father’s enforcer with a lust for bloodshed. Rafael Ortiz, my ex-boyfriend and youngest son of the head of the Ortiz cartel. And Liam Connelly, the obsessed Irish hitman of my father’s sworn enemy, Declan Levine. Four men from my past who I thought were my enemies. Turns out, I was wrong about that, too.
My life has been nothing but lies, manipulations, betrayal, and deeply buried secrets.
My father despised and abused me.
My dead brother lied to me.
Julio Ortiz thinks he owns me.
His oldest son, Alejandro Ortiz, wants to possess and control me.
Rafael betrayed me.
And Declan Levine, the enemy of my family?
Let’s just say, secrets can only stay that way for so long.
Keane, Jax, Rafe, and Liam. Four men who I swore to take down along with my father have now become my protectors. But they can’t protect me from what’s coming. From the enemies that surround me. Things are about to get so much worse than I could’ve ever anticipated.
Let the blood flow red in the streets.
Never underestimate a savage princess.
Reader’s Note: Savage Kings is a dark, enemies to lovers, mafia, reverse harem romance. This book contains dark themes and possible triggers, so please check the TWs and read at your own discretion. Savage Kings is book 2 in the Savage Kingdom Series and ends with a cliffhanger. Recommended for mature readers. 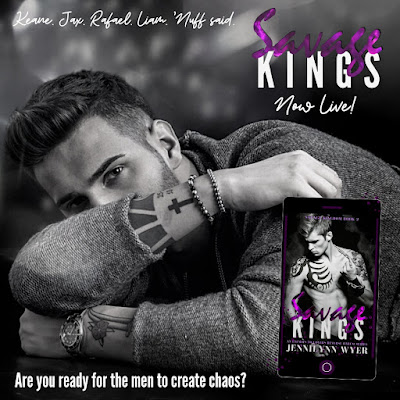 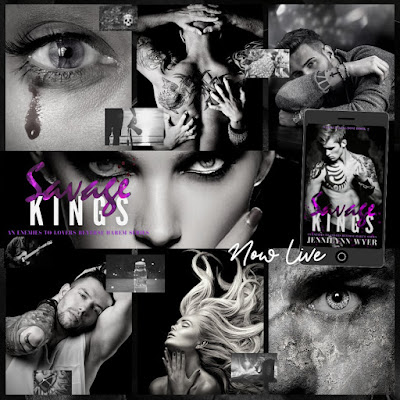 EXCERPT
Getting more irritated because Keane continues to be his non-emotive, asshole-ish self, I say to Jax, “I want my knife back.”
Jax stops his frenetic back and forth, and finally, I get a reaction. It’s just not the one I was expecting. My demand unlocks the iron bars around him and before I can blink or utter a sound, I’m slammed into by what feels like a wrecking ball of solid muscle.
Gasping, I grab onto his wide shoulders. “Jax, what are you—”
All the air explodes out of me when he slams me down onto the glass coffee table. I only have a second to prepare myself before his lips are on mine and his tongue is forcing its way into my mouth. Anything I had wanted to say gets pushed aside as I meet Jax’s punishing kiss, moaning loudly when his fingers circle around my nape and grab my ponytail. After two days of being on an emotional roller coaster, my body comes alive, craving the touch of the killer who is currently claiming every inch of me. 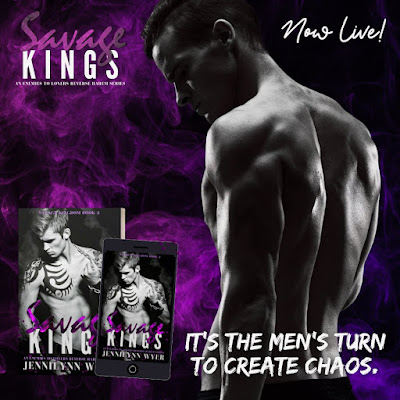 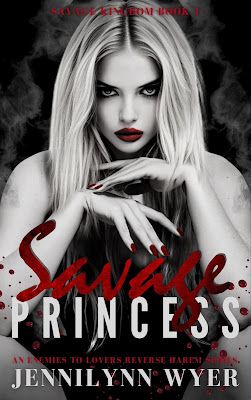 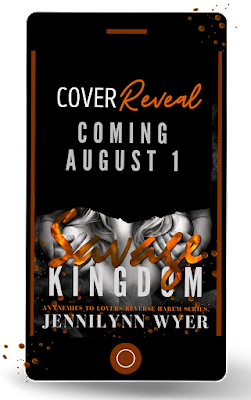 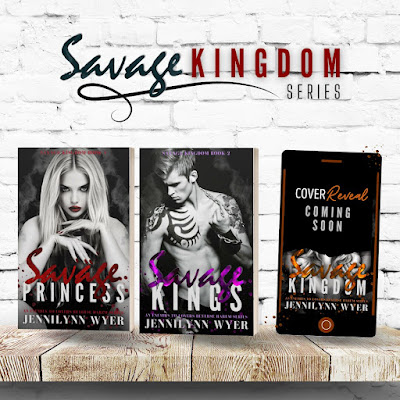 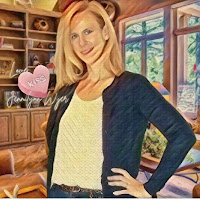 Jennilynn Wyer is the author of the Fallen Brook Series and is the winner of the Chesapeake Romance Writers Rudy Award for Romantic Suspense and a three-time Contemporary Romance Writers Stiletto Finalist. She is an author of steamy, New Adult and College, and Contemporary Romantic fiction. She lives with her family in the Gulf States, is married to a Brit, and you can usually find her in her favorite reading spot, e-reader in hand, with the latest romance novel. Her Teen and Young Adult books are written under the pen name of J.L. Wyer.
AUTHOR LINKS
LINKTR.EE
WEBSITE
FACEBOOK
TWITTER
INSTAGRAM
TIKTOK
GOODREADS
AMAZON
BOOKBUB