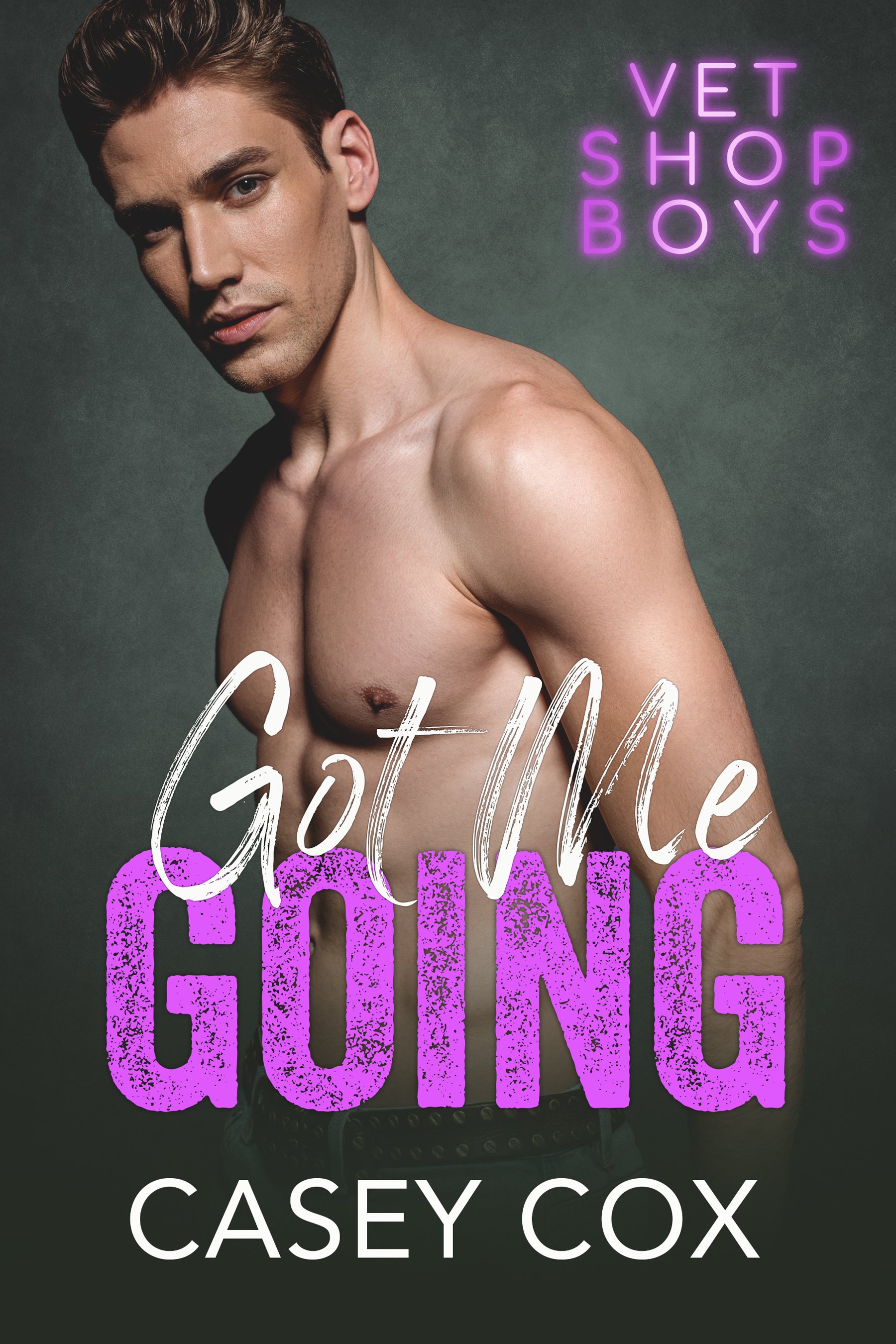 Can a veterinarian lose his V-card before turning twenty-five? Oh, one hun p he can!

On the surface, I’m super sassy and just a little bit extra. But underneath, I’m hiding a painful secret from my past and one hugely embarrassing problem in my present—I’m still a…I’m still a…Dammit, I can’t even get it out.

Let’s just say it starts with V and ends in irgin.

Daly’s the new barista, and he takes Thirsty Thursdays to a whole new level. He’s drop-dead gorgeous with a sexy shaved head, ocean-blue eyes, and an insane smile that lights me up whenever he aims it my way. He’s also kind, friendly, and interesting. In other words, the perfect guy to be my first time.

A night of too much coconut tequila leads to us making a drunken pact. Daly will help me with my V-status issue, but he adds a caveat. We have to get to know each other first. Then, and only then, can the physical stuff happen.

It sounds simple enough. But the more I get to know him, the more I realize what we have is more than just a physical attraction. We share a connection. We like the same things. And stupidly, I’ve gone ahead and caught feelings for the guy.

This was never meant to be anything more than just a physical thing, so why has Daly got me going out of my mind the way he does? 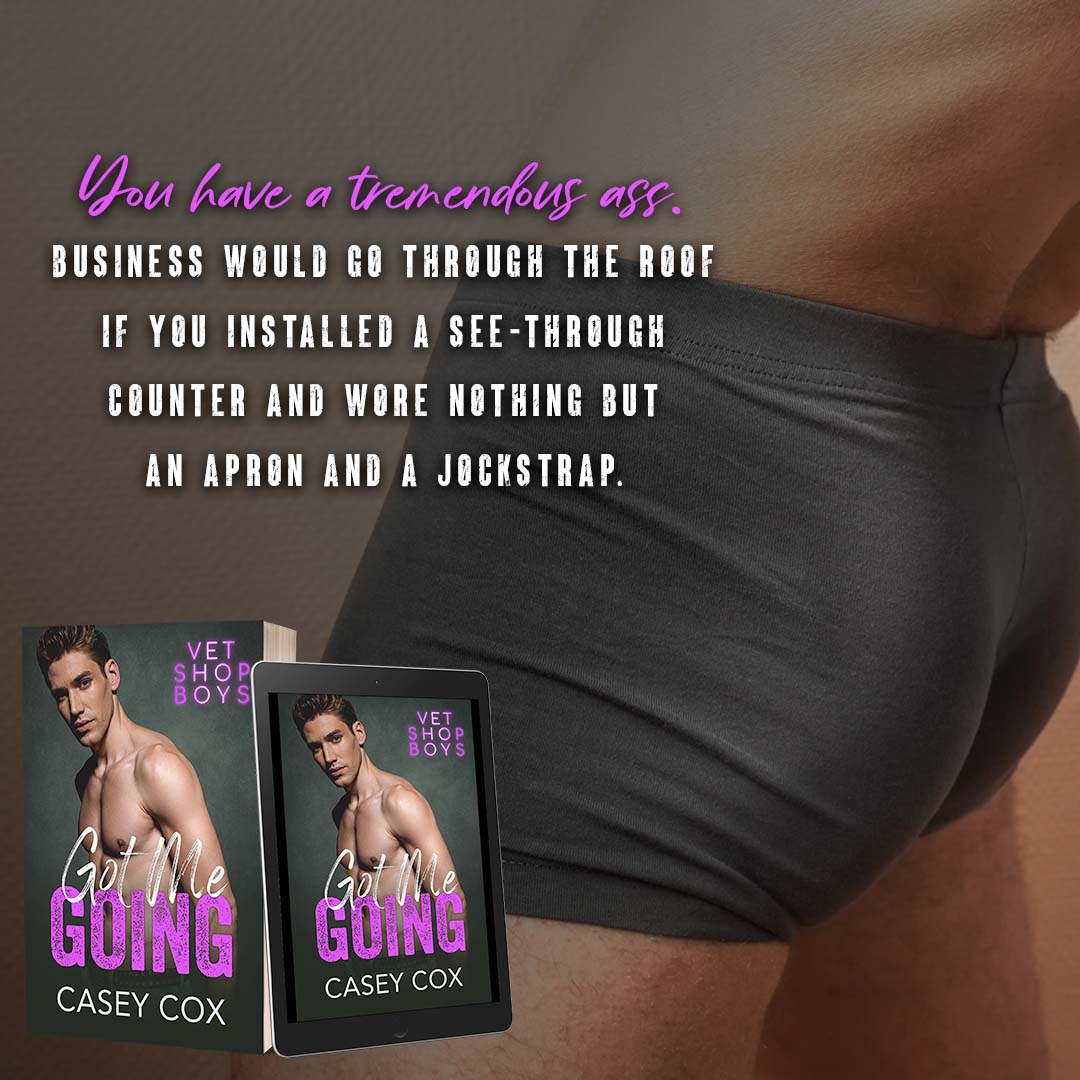 Silence descends on us, giving us both time to think, to catch up with everything that’s been said and the implications of it all.

Three months—from when Daly first made the offer to sleep with me until the night before my birthday—is a funny length of time. Twelve weeks. Ninety days. An entire season. I can’t decide whether it’s long or short. But in the past two months we’ve spent together, it feels like both a lifetime and an instant.

It’s a little confusing. We were only meant to like each other enough so that when we had sex, we felt comfortable. Friendly-ish. No feelings. No relationship was ever on the cards for us. But the truth is, we’ve gotten to know each other so well. I’m pretty sure Daly hasn’t shared his news with a ton of people. I’ve opened up to him and told him things very few people know about me, too.

And despite seeing him almost every day, I want to keep seeing him. Spending more time with him. Getting to know him better. Helping him grow his business. Just being anywhere he is. That’s where I want to be.

I avert my gaze for this next part. Heat rises in my cheeks, but I say the words anyway. I’m not going to chicken out and regret not saying something ever again. “I realize it’s not in our contract. In fact, I think there’s an exclusion clause that specifically prohibits this very thing since we weren’t meant to develop romantic feelings for each other, but…I have. I’ve gone ahead and stupidly caught feelings for you.”

Daly chuckles, then explains, “When you put it like that, it sounds like you’re talking about a disease.” He takes my hand in his. “But if that’s the case, then I’ve got the exact same disease you have.”

“Really. Right from the very start, you’ve blown me away. But me being me, it took me months just to work up the courage to be able to string together more than a few words to say to you.”

“But then I swanned in with that hole punch gag.”

“Gag?” Daly arches an eyebrow. “Sure, let’s go with that and pretend like it was all planned.”

“Fine by me.” I laugh, feeling some of the tension in the air thinning out.

“I haven’t had a relationship since the cancer. Just hookups. Never anything serious. It worked for a while until it didn’t.”

“I tried to convince myself that casual was the way to go. I figured no one would want to be with me and my post-cancer body, so I took anything serious or long-term off the table. I told myself that it was because I was living in London and didn’t want to meet someone only to have to do the long-distance thing. Maybe that was partly true, but I see more clearly now that I was mainly interested in protecting myself. Like Fulton said, it’s hard to trust someone when your body is…different.”

“But you’re a relationship kinda guy, aren’t you?” I hedge. I know what his answer will be before he says it.

All the feelings I’ve got for him get amplified by the honesty and vulnerability he’s displaying right now. I close the space between us and cradle him in my arms. “Thank you for telling me. Everything. I’m sure it wasn’t easy for you.” I work my hand up and down his back. “It means a lot to me that you trust me.”

I can hear him breathing, sensing his mind working overtime. “I do trust you,” he says softly. “I really do.” 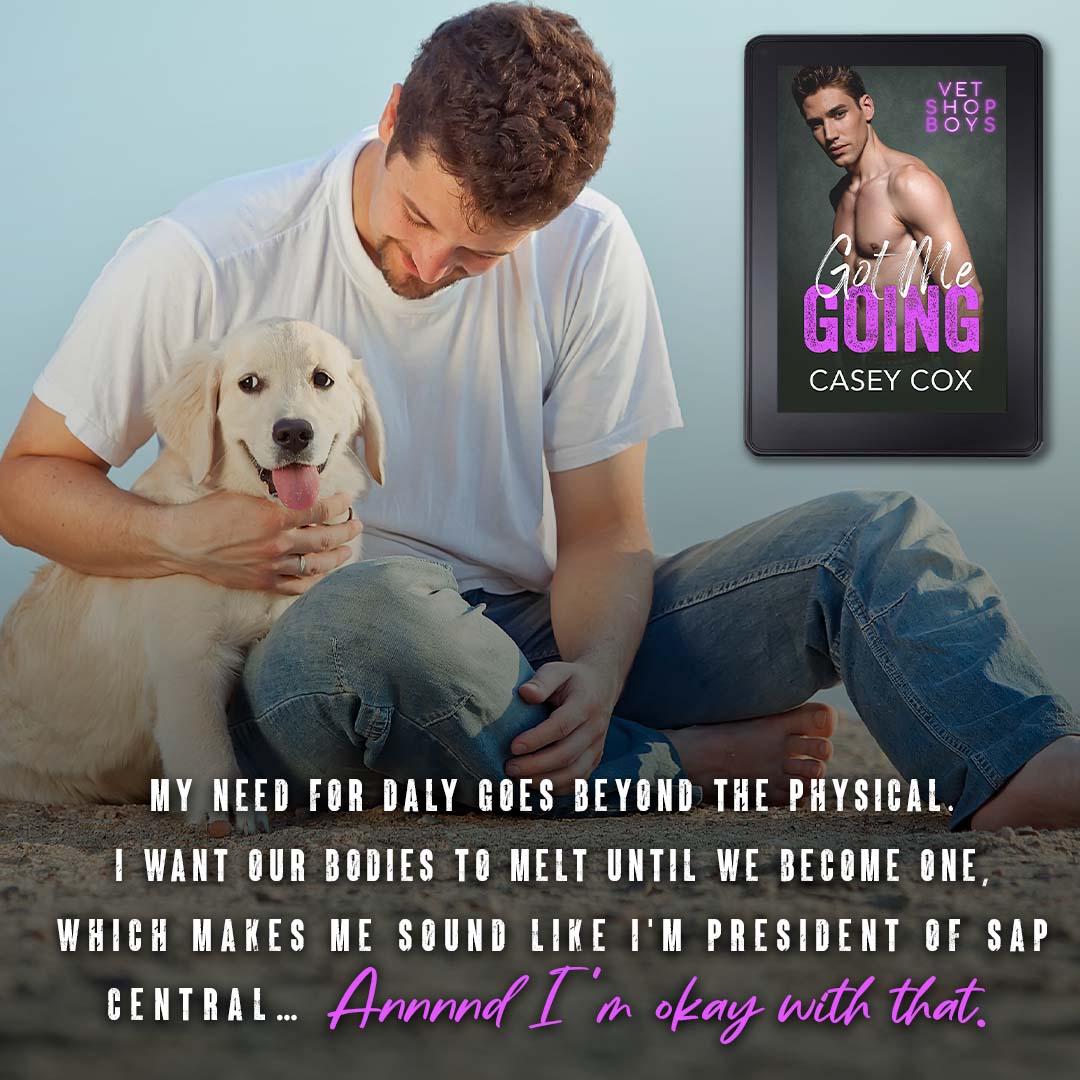 One of Five eARC’s for Got Me Going

Other Titles Within this Series 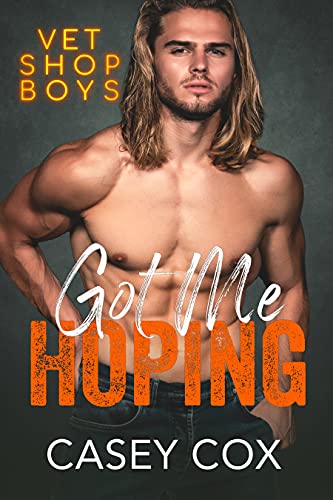 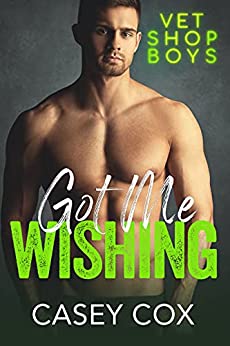 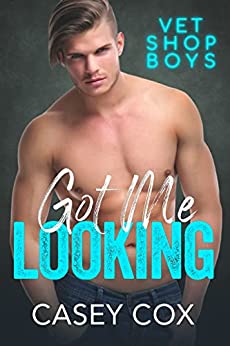 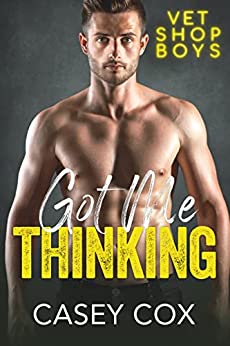 Casey loves spending time at the beach and is the proud paw-rent to two utterly adorable French Bulldogs – Ralphie and Lilly.