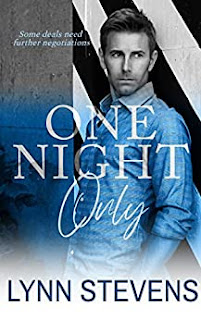 Neither sees an objection to one night of fun, but some deals need further negotiations.

She only wants a night to forget …

Zoe Albright doesn’t want to be in Wichita. After running away to Chicago, she’s returned home to regroup. She’s determined to live on her terms despite her father’s harsh judgement. Zoe takes a job at his law firm in order to appease him, but she’s already got one foot out the door. And she’s tired of being forced into her dad’s idea of who she should be. So why not throw all expectations out the window for one night only?

Mitch Caldwell isn’t in Wichita for anything other than a career opportunity. It’s nothing long term, just a chance to gain experience before he moves on to a new jurisdiction. When he hits a bar the night before starting at his new firm, he has no intention of making a play on the gorgeous blonde who is hearing oral arguments. Until she asks him to make a motion.

After a night of no names and no promises, Mitch arrives at his new job only to discover his one-night stand is his new boss’s daughter and his new secretary.

Can they keep their hands to themselves at work, or will they repeat that night of passion?

Next Up is Jeanne St James