Guarded by a Hero by Aurora Russell

Book 3 in the Anywhere and Always series 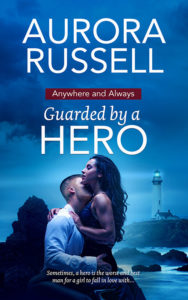 Sometimes, a hero is the worst and best man for a girl to fall in love with… Besides being the lovely only sister among the wealthy, powerful and famous Gaspard siblings, Clothilde Gaspard has had a life that’s been anything but charmed. She has recently gone through a break-up from hell, survived a serious car accident and multiple other attacks. The only constant has been her heroic former-military bodyguard, Marc, until he leaves abruptly the morning after giving her the greatest pleasure of her life, and she vows never to let him get too close again. Marc Constantin’s entire life has been about duty, honor and service—and it’s this service that leads him to be stationed undercover, posing as a security guard with the Gaspard family as he tracks a criminal mastermind. He tries not to let his relationship with Clothilde become personal, but he can’t help but admire the strong, smart and gorgeous woman who hides her fiery nature behind an Ice Queen persona. When he’s ordered to stay away from her, it tears him up to leave, but he has no choice. When a new, unknown threat to Clothilde emerges, the pair must set aside their past to work together. As they retreat from glittering society parties to a remote island lighthouse in Maine, passions and tempers flare, and old family secrets might just hold the key to catching the deadly criminal, the Chimère. In order to protect Clothilde, Marc must put his career, his honor and his life on the line, but can he prove that he’s not just the hero who guards her, but also the hero who loves her? Reader advisory: This book contains scenes of attempted murder, drugging, references to past domestic abuse and past sexual aggression.

The fête was truly lovely, a great mix of elegance and charm, and Clothilde might have been enjoying herself if her hip, leg and back hadn’t ached so damn much. She knew she shouldn’t have stayed so long—and she particularly should have found a way to avoid dancing—but she’d wanted to ensure that Rémy’s friend, Annelise, had a good time. She used the term ‘friend’ liberally, since her brother’s relationship with the young American event planner was obviously much more romantic and complex than mere friendship. To help Rémy, she’d needed to draw Charles Pinkston, Annelise’s boss, away. Without conceit, she knew that she was a woman who men considered to be very beautiful, and it seemed that even the pain she’d suffered since the accident hadn’t lessened her appeal too much. And so, to give Rémy and Annelise more time together without the older man’s kindly interference, she had danced with Charles twice, as well as completing several circuits of the ballroom with him. Later, she’d made an additional full tour of the party with Annelise alone, introducing the American to some of Montreal’s young elite. Luckily, a number of her close friends had been in attendance, including Pauline Cartouchel and Élodie Carillon. Both women would be excellent for Annelise to claim as acquaintances in Montreal society. Now Clothilde’s feet weren’t thanking her but were aching in their stylish, strappy heels, shoes which she would have worn without a second thought only a year ago. Worse, though, putting her body under the strain of wearing heels and staying active for so long had made her newly healed muscles and bones positively throb with pain, like a hot flame was crawling up from the balls of her feet into her left leg, hip and now along her spine. She tried to hide a grimace under a flirtatious smile, and she must have succeeded, because Charles Pinkston finally, blessedly, said a charming good evening to her, kissing her hand. He was such a sweet man, who obviously missed his late wife terribly. She held herself still for a moment as she watched him walk toward the door before allowing her shoulders to droop just a little bit to ease some of the stiffness that she knew she was going to pay hell for over the next several days. She froze as she swore she could almost feel the heat of disapproval from behind her. Marc Constantin. She felt his approach more than heard him, like a big predator, stalking on silent feet. “You’d better sit down before you fall down, Duchess.” His tone was hard and angry, but there was an underlying tenderness. Or maybe I just wish there was—which she knew was ridiculous, since as her bodyguard, it was his job to watch out for her. Literally, taking care of her physical well-being was in the job description. Yet she felt goosebumps rise on the wealth of bare skin on her chest, arms and back, exposed by the daring cut of the dress. When she turned her head to look at him, his dark blue eyes blazed with some strong emotion. “I’m fine,” she answered, her tone clipped. He raised one pale eyebrow, his skepticism obvious. “Right. Is that why, when you think no one’s watching, you look like one strong puff of air would make you topple over?” She turned fully toward him, drawing her annoyance around her like a cape. “I’m having a wonderful time,” she insisted, even as her joints burned with protest. “Didn’t anyone tell you? I’m a total social butterfly, the darling of Montreal society. That’s what all the gossip sites say.” She didn’t know what about Marc Constantin made her so desperate to goad him, but she couldn’t help herself. Regardless of her bright tone, though, her left leg and hip, the side that had taken the brunt of her car accident six months earlier, began to tremble, in spite of her best efforts. She hoped that the tremors were so subtle that Marc wouldn’t notice, but she should have known better. “Screw this. I’m calling for the car and we’re sitting down now,” he pronounced and took her elbow with a growl, leading her toward one of the quiet alcoves in the tastefully decorated hallway just outside the ballroom. Anyone looking at them would have seen a well-dressed security guard very properly escorting a beautiful young woman in an evening gown, albeit perhaps a little closely. But while Marc’s grip wasn’t painful, it was firm and unrelenting, with no give at all. Much like the man himself, she mused. She was too damn tired to fight his hold, anyway, considering she’d been dreaming of sitting down on one of the cushioned benches herself for at least the past hour. The relief from the pressure on her joints was instant and profound as he settled her on the thickly padded bench, and she had to stifle a groan of pleasure. Surprising her, he slid in next to her, so close she could feel the heat that he continually seemed to give off. Surreptitiously, she inhaled his rich, fresh masculine scent. He always smelled like he had just come in from outdoors, even when she knew he’d been inside for hours. He turned the focus of his angry gaze on her again. “Why do you let them tell you how to act?” he asked, but it sounded more like a demand. Clothilde narrowed her eyes. “That question is totally inappropriate,” she huffed. He looked unrepentant. “I notice you didn’t deny it.” 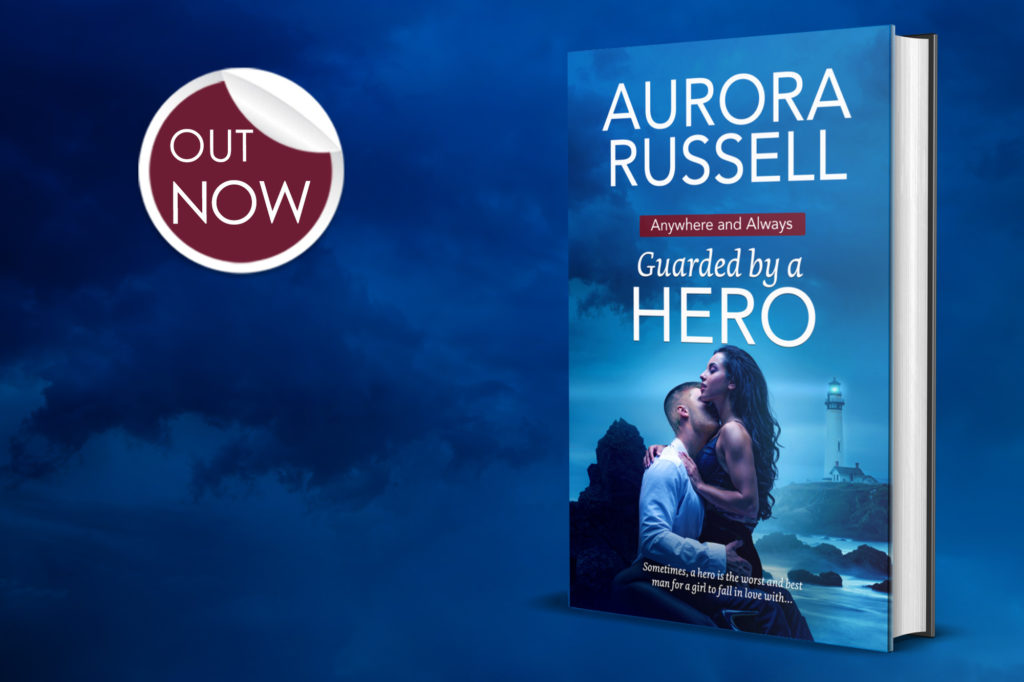 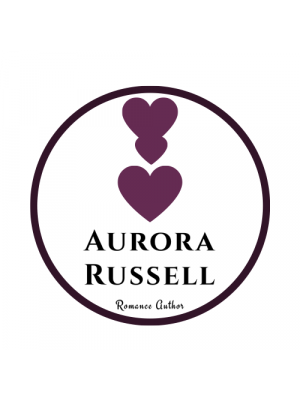 Aurora is originally from the frozen tundra of the upper-Midwest (ok, not frozen all the time!) but now loves living in New England with her real-life hero/husband, two wonderfully silly sons, and one of the most extraordinary cats she has ever had the pleasure to meet. But she still goes back to the Midwest to visit, just never in January. She doesn’t remember a time that she didn’t love to read, and has been writing stories since she learned how to hold a pencil. She has always liked the romantic scenes best in every book, story, and movie, so one day she decided to try her hand at writing her own romantic fiction, which changed her life in all the best ways. You can find out more about Aurora at her website here.