The Kingdom of Altnoia is on the cusp of civil war. The king and heir have been murdered, the throne taken by their uncle, and the kingdom’s only hope lies with Prince Edan who has been missing for the past year. The Oracle appoints Kindle, her new Dragon of Fire, one task: find Prince Edan and keep him alive. It should have been a simple task, but Kindle did not anticipate Prince Edan would hide away on a pirate ship, forcing the dragon not only to endure pirates, but seasickness and his fear of water. And nothing, not even the Oracle, could have prepared him for the two pirates he meets and the complicated feelings they spark.

The Oracle’s Flame Mell Eight © 2022 All Rights Reserved The castle wasn’t burning, although her mind’s eye saw it outlined in flames. There would be fire, but not this night. No, this night was death. This night was treason. These events had already occurred. They were sent from the past, meant to ensure her understanding of the present, and to help her decipher the future. They were important, so the Oracle watched them again. Ferim was scowling over his brother’s body. His older half brother, the king, was dead. The specter of his mother, the long-dead second wife of the previous king, hung over Ferim’s head as he declared himself King of Altnoia. The spite in his mother’s heart had successfully lived on, given new birth at the end of Ferim’s bloody sword. The king was dead. The king’s wife was dead. The king’s oldest son was dead. Ferim’s mother placed a heavy crown on Ferim’s head and then began to let out a crazed laugh. The second son of the dead king escaped the castle, a circle of loyal servants and guards ensuring that Prince Edan, the rightful heir to the throne, boarded a ship in the harbor. Cannons fired as the White Crest forced an opening through the country’s armada. The news of the coup in the castle was just arriving at the port; too late to halt Prince Edan’s escape. Those captains loyal to their jobs futilely returned fire while those loyal to land and crown abandoned ship and took to the hills to begin building a rebellion against the false king. The rebellion continued at sea as well, led by Prince Edan and his loyal crew, and the years passed. King Ferim grew in power, but dissent also grew as the people thought of their lost prince. The Oracle watched as a sickly green shadow began to grow in Altnoia. First the shadow was contained, as a shadow should be, by the forces of light and dark. It clung to Ferim’s robes, his shoes, and his very breath. But sickness spreads quickly. As Ferim breathed on his councilors, their shadows also began to grow ill. Ferim walked through the city, and everywhere he stepped, a pool of deadly miasma formed. Soon the shadow was hanging over all of Altnoia. These were the images the Oracle’s mind provided to symbolize corruption and greed as they fermented. As filling one’s own pockets with gold and gems went above the good of the country. As regular citizens fought to produce enough grain to feed their families and pay the tithe the king demanded. As they sickened and died when blight came to the crops and deadly illness into the wells. The people remembered the prosperity they had enjoyed under the murdered king, and they remembered their prince had escaped that day of blood. The people hoped for a better life, and the rebellion grew in strength every day. King Ferim sat on his throne and heard those whispers, and he knew Prince Edan had to die for his reign to continue. And thus, the present was ended. Now it was time for the future, for the unknown, and the possible paths diverged in dozens of directions. Should King Ferim go riding on one sunny day in late spring, his horse would step in a hole, and both horse and false-king would be dead. But such an event was unlikely. King Ferim was afraid of riding, as that was allegedly what had killed his beloved mother. The Oracle discarded that path and moved on to another. The Oracle was not alone in her mind, which helped her sort through the possibilities of each future path. She was myriad, the consciousness of each Oracle that had come before her current body held safely within her. Each consciousness sorted quickly, soon finding the most likely paths of future possibilities. The Oracle watched each one occur in her mind’s eye. 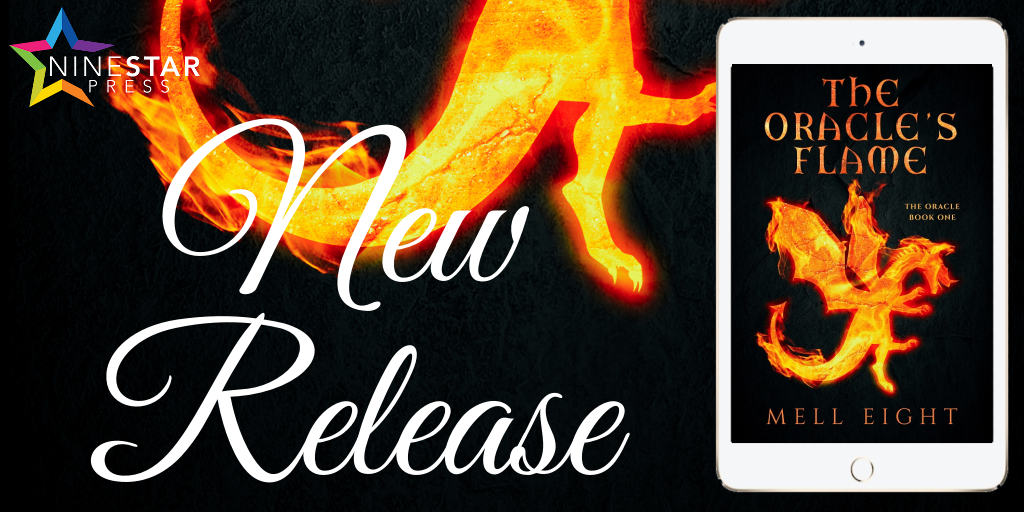