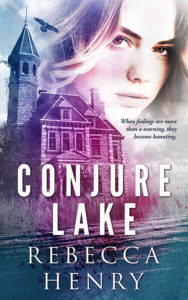 When feelings are more than a warning, they become haunting. Eighteen-year-old Serena is attending university on the west coast when her life is flipped upside down. After the untimely death of her parents, Serena returns to New York City to care for her seven-year-old brother, Jack. As financial pressures mount, Serena makes the difficult decision to move them to their family’s heritage lake house in upstate New York. Jack hasn’t spoken to anyone but her since their parents’ death and Serena’s only focus is learning how to become a full-time mother to her little brother with the hope that she can save him from his sorrow. But when the siblings arrive in the tiny and isolated town of Corvin Grove, they realize their family’s name raises eyebrows from the townsfolk as the two settle into the abandoned lake home. It doesn’t take long for the siblings to discover that things inside the gothic house are not what they appear to be. An ancient witch has cursed Conjure Lake and if they stay in Korwin Cottage, they may never make it out alive. Reader advisory: This book contains scenes of horror, gore and child endangerment. There are references to past animal death. Publisher’s Note: This book is related to the Ambrosia Hill series.

Serena closed the suitcase on her bed, zipping up what was left of her life in New York City, and slipped the tote bag carrying her sketchpad over her shoulder. Little remained to be done—everything had already been sealed in brown boxes and moved to a cold storage unit on the edge of the city. A lifetime of memories of baby books, photo albums, old Christmas decorations, her father’s first guitar, her mother’s easel—all packed and sleeping in the dark. Just like her parents, who now lay in the ground, side by side for eternity. The little things that had once made their house a home were now buried in their own coffins, never to be resurrected and soon to be forgotten. After the funeral, Serena had vowed she’d never visit her parents’ graves. There was no point. Rose and Edward Bancroft were now just two names written in stone atop a lonely hill at the back of a cold and isolated graveyard. Like her parents, she didn’t believe in an afterlife. Neither her mom nor her dad had been religious—if anything, they were like scientists, putting faith in what science could prove. It seemed gruesome and unfair to leave their bodies rotting in the cold, hard ground. Serena never wanted to remember her parents as muted, decayed and sealed in a box six feet under the earth. Whatever made them human—whatever the soul was, if there ever was one—had departed the day they died. What was left in those graves was nothing but corpses. Rose and Edward Bancroft had been killed in a car accident during a rainy afternoon drive to the library to pick up her little brother, Jack. The police officer who worked the scene assured Serena that they likely never saw the semi-truck that had smashed into their car, killing them both instantly. No, for them it began and ended with a glimpse into each other’s eyes—a last look at this world in the face of their true love. But for Serena and Jack, it was an end and a beginning. The end of a life as a happy family, and the beginning of something else—an eternity as orphans. Suitcase in hand, Serena paused at the doorway, looking around her childhood bedroom for the last time. The walls echoed with memories, haunted by ghosts of sacred moments she’d never again share with her mother. Her first night home after the funeral had been unbearable. The absence of her parents had felt like a physical thing, a black void so large there was no room to breathe in their city apartment. It was as if their ghosts lingered in their belongings. Her father’s reading glasses still lay abandoned on the coffee table next to the weekly paper. Her mother’s apron hung forgotten by the oven. A car honked outside, startling Serena from her reverie. A quick glance out of the window told her the cab had arrived to deliver them to their new life. Serena sighed as she dragged her heavy suitcase to the ground and rolled it down the empty hallway for the last time. “The taxi is here, Jack!” she called out to her brother. “We’ve got to get going if we are going to catch our train.” He didn’t answer, not that she expected him to. Jack had always been quiet—more of an observer than a talker. Their dad had referred to him as “his little professor” because he always had his nose in a book. Most of his friends were the librarians who pulled aside books for him and brought him treats, usually delivered with a wink and a smile. Jack would glance up at them with a silent nod of appreciation, pressing all four of his fingers against the lenses of his glasses as he pushed them up his nose, leaving them eternally smudged with fingerprints. But after the accident Jack had stopped speaking completely. No one, not even his beloved wiener dog Tinker, could reach his island of grief. From that terrible day and every day since, Serena had done all she could for her little brother. At age seven, Jack was far too young to be alone, so Serena had left her life behind at the University of California to be with her brother back in New York so he could finish the school year. Those first days had been hard. The thought of getting out of bed and making breakfast before their walk to Jack’s school had seemed insurmountable, but they had managed. Now the school year was finally over and summer had come. Serena stood in the foyer, eyes closed as she imagined her parents’ laughter around the breakfast table, their kisses on their foreheads at bedtime. But nothing, certainly not wishes, could conjure them back. 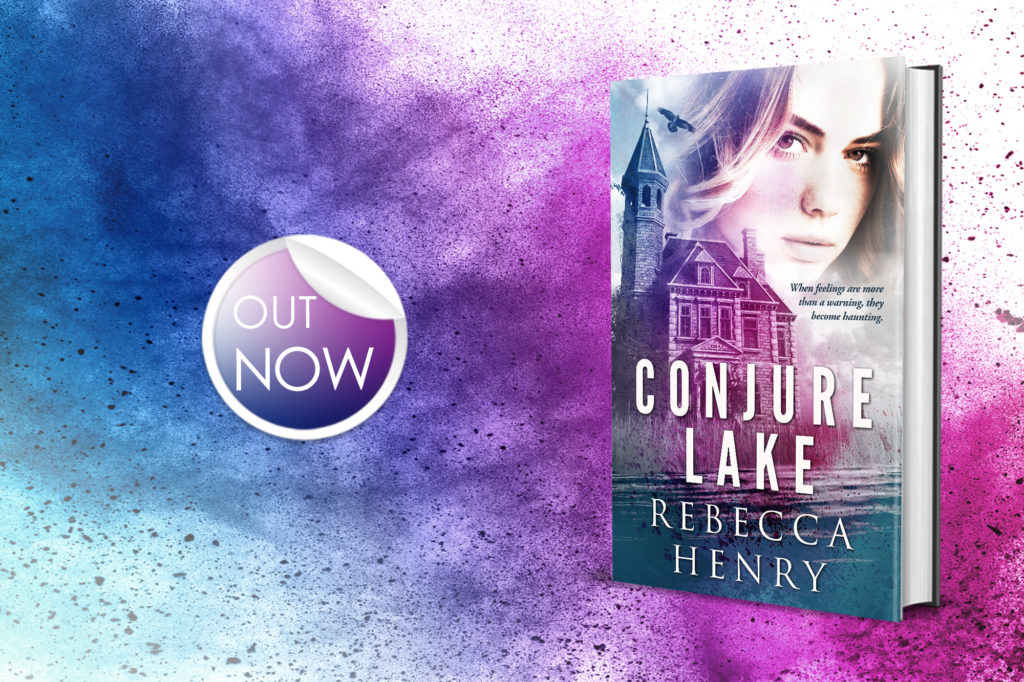 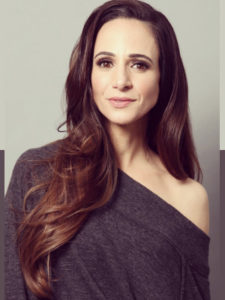 Rebecca Henry is an American author living abroad in England. She is a devoted vegan who gardens, practices yoga, crafts, travels the world, and bakes. Rebecca’s favorite holiday is Halloween, and she is obsessed with anything and everything witchy! Besides writing fiction, Rebecca is also the author of her vegan holiday cookbook collection. Her love for animals, baking with her family, having a plant-based diet and cruelty-free food all came together in her holiday cookbook collection.