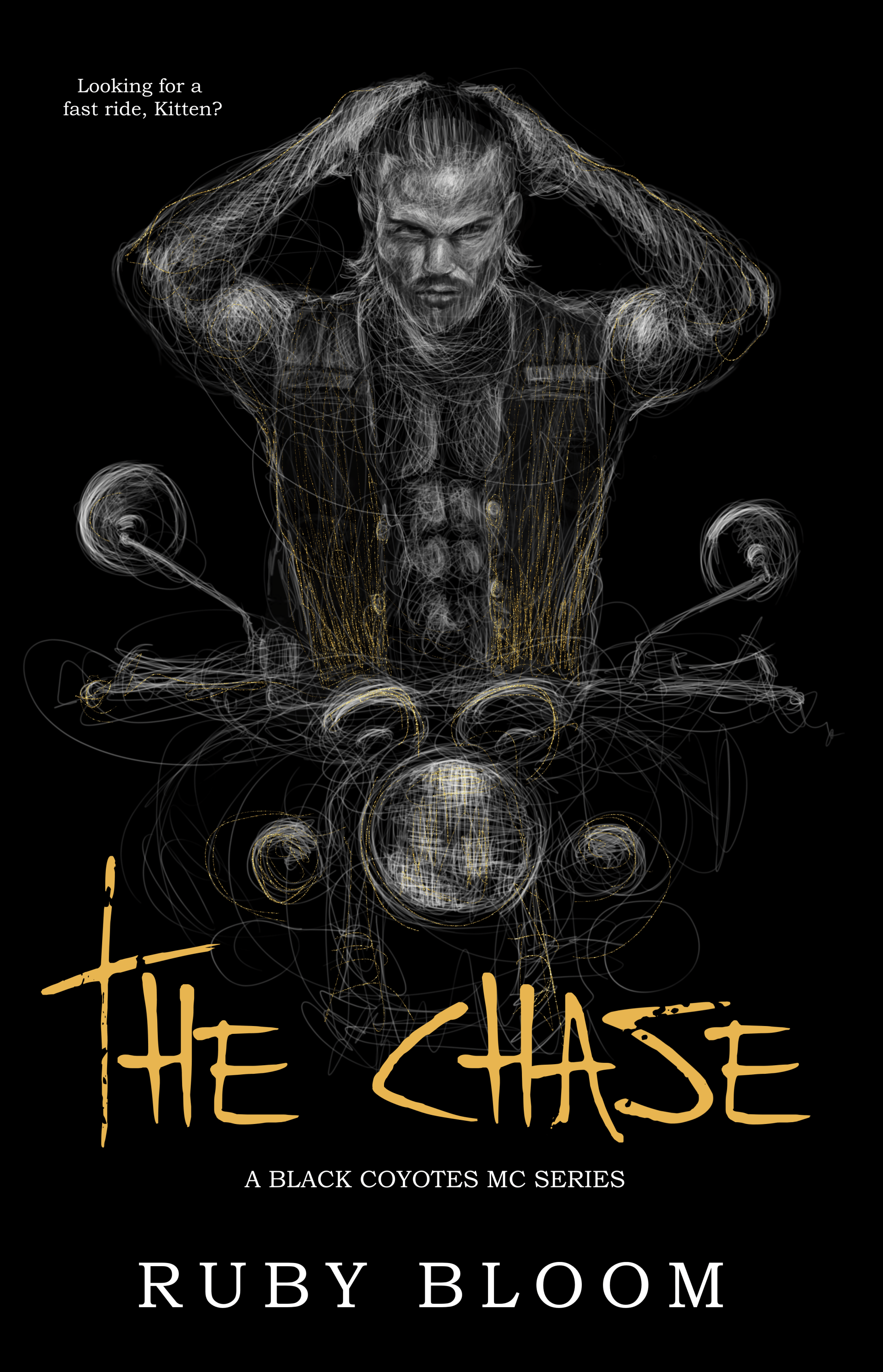 CAN THEY TURN AND FIGHT FOR WHAT IS THEIRS OR WILL THEY JUST KEEP RUNNING?

Colt thought he had it all.

Freshly released from a stint in prison, his next move is to get back to his motorcycle club and return to his live fast, die young lifestyle.

Until he realizes he’s been brutally betrayed.

He thought he was returning to his position as President of the Black Coyotes MC.

But it isn’t his MC anymore.

Usurped from his throne, he’s now a wanted man. A broken shadow of his former self, all he can do is turn and run.

Until a sassy, spoiled, all too familiar woman steps into the fray. April thinks her life is all sewn up and sorted. Little does she know her hidden connection to the dangerous outlaw MC makes her a target, too.

When their paths cross and they find themselves in a deadly chase against the MC, nothing will stop him from protecting April from the MC’s grasping claws.

But the chase requires more strength and courage from him than he fears he can give. Can he find it within himself to fight for what belongs to him? Even if it means fighting against himself. Can he outrun his own demons that hound him?

When an unconventional way out presents itself, can he rise from the ashes and walk alongside her on the road he fears to tread, or does he just keep running? 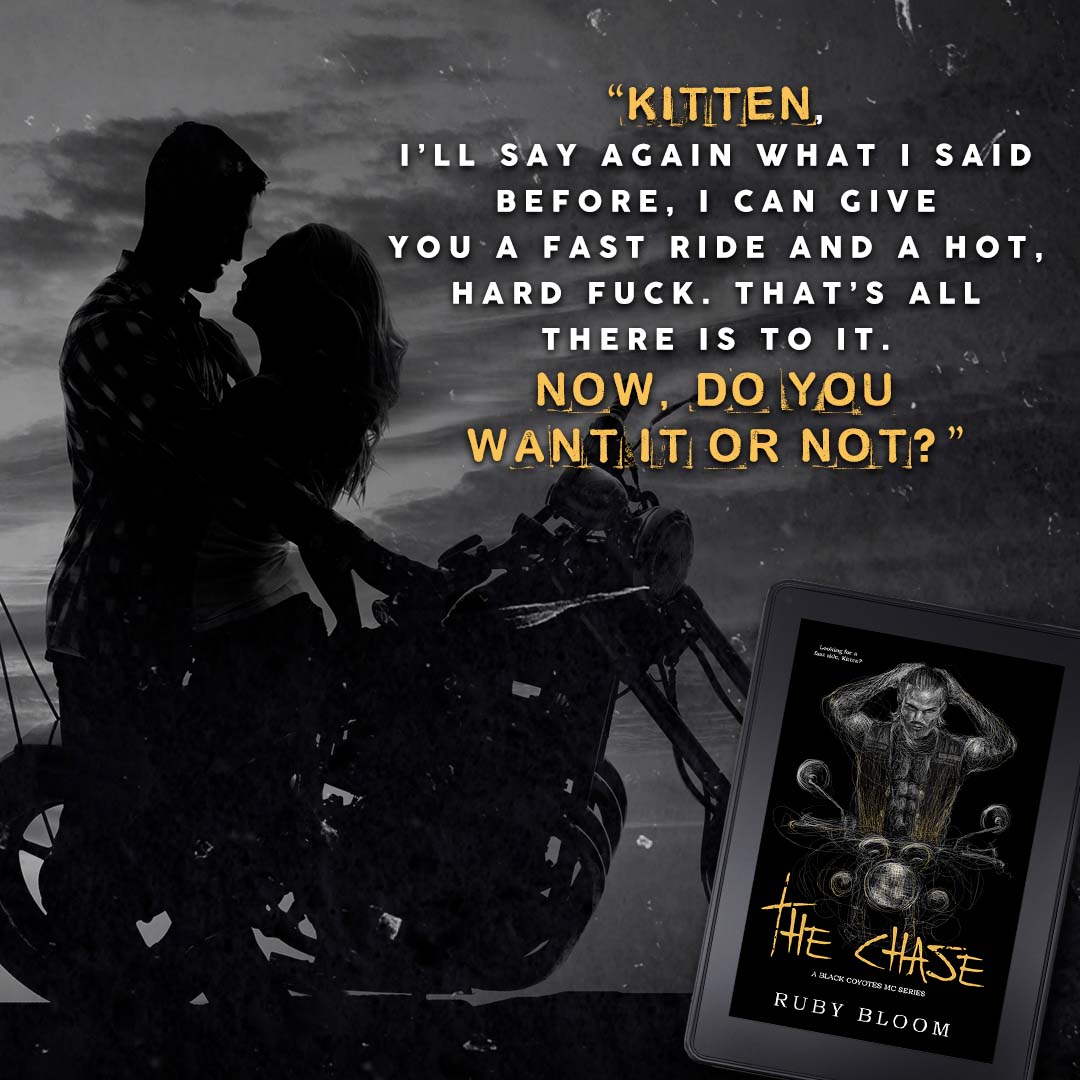 She shivered and snuggled into his chest. “There is something I want to talk about. Colt, why are you making me wait?”

He bit his lip. Why was he making them both wait? He stroked his thumb up her arm, under her neckline on her fleece. He was reluctant to put it into words. But it was no use. He had to be honest with himself. With her.

He cleared his throat. “You deserve better than me.”

She pursed her lips. “But I want you. I know you want me.”

“It’s not that simple, Kitten… you want me now, yes, but after this whole ordeal, then what?” Colt let his temper lash out slightly.

She went to take a breath to argue back but Colt cut her off.

“April, girls like you don’t end up with guys like me. I might feature on your fuck list, a fun life experience you can chalk up and move on from, but frankly, I’m too old and too tired for games anymore.”

She leveled him a penetrating stare. “You lied to me,” she said eventually.

Now that was something he wouldn’t stand for. “What?”

“You said you had nothing to offer me, except a dangerous ride and a hot fuck, remember?”

“I mean the bit where you said you had nothing to offer me. You have so much more to offer me, Colt. I want more from you, I want it all from you. You are a good man-”

“Are you joking?” he asked, incredulously. “I’m a washed up loser ex-con without a penny to my name, no home, no bike. I’m fucking living in a stolen van right now-”

“Colt, stop whining, I don’t need a man with money. I’m looking for a man who excites me, who respects me above all else. A guy who can let me into his heart and trusts me… that’s why we haven’t had sex again, isn’t it? Because I’ve already slipped in between the cracks in your heart and you didn’t want me to?”

“You want me more than just physically, I know it. I feel the same about you, and that’s why you can’t go back to just a quick fuck with me anymore, because it would be more than that… you’ve let me in already, you didn’t mean to but now-”

“Fuck April, I-” He didn’t know what to say. “I don’t want to be one and done with you,” he finished quietly.

She licked her lips. “You wouldn’t be one and done for me… maybe at the start, yes, I’m adult enough to admit I thought this would be a fling… Honestly, I’m surprised by how much I want you. Physically, yes, but Colt… I have a feeling we could go… we could go all the way…”

“You can fuck me hard and make me come all over you,” she paused and licked her lips and it undid him, “and you can also hold me close and gently make love to me, you can do both, I know it.”

It was like she was looking into his soul. There were women in his past who he had been attracted to, and he’d take what he wanted. But he didn’t care about or respect them. He wanted April more than his next breath but he couldn’t help feeling she deserved better. If they were talking about going the distance, he couldn’t keep a girl like April happy in the long term. Could he?

“You could do so much better than me, College Boy for example-”

“He wanted success. Money and influence were his true loves. He cared, but he didn’t want me, really. He wanted the status of having a good looking attorney on his arm. I want you, Colt,” she reaffirmed.

“I suppose you’re the woman who can fix me up?” he said sarcastically, not looking at her.

She shook her head. “No, you’ll fix yourself. I haven’t lost like you have, I don’t know what that feels like. I was brought up by my grandparents, but that wasn’t much of a hardship, they were loving and good to me. The hardest thing I’ve ever had to overcome is… the kidnapping, being tied up, now being on the run… I went back home and pretended like it had never happened. A terrible coping mechanism, I know, but I didn’t even want to think about it. I’m sure this will take you years to overcome, but you’ll get there, it just takes time. Do what you need to do, find a therapist, road trip across the States, go sky diving or do whatever you need to do. I’ll wait, and you’ll sort your shit out, I’m sure of it.” 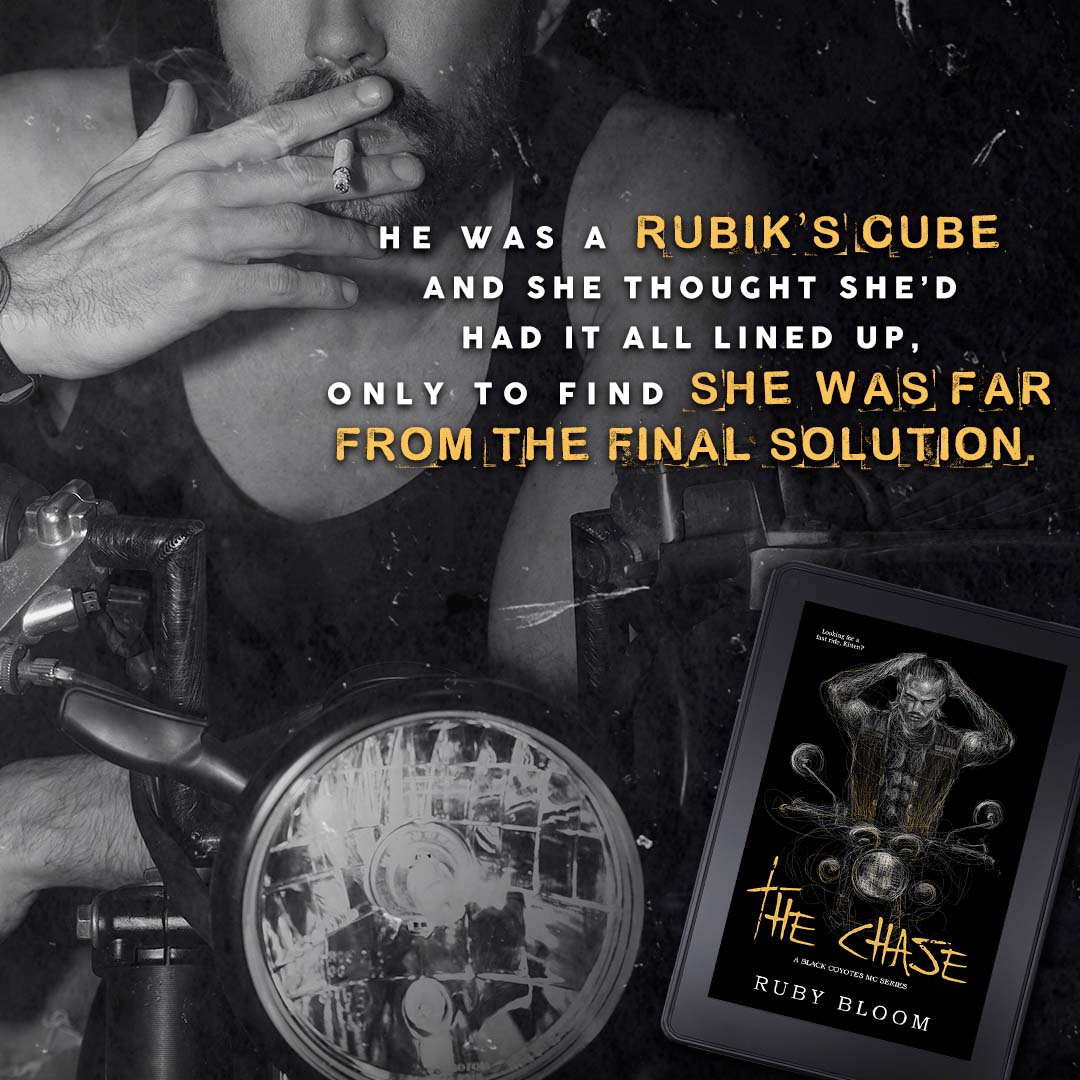 One of Five eARC’s for The Chase

She loved reading these books so much she decided to write her own!

She lives in London, UK, with her family, and also works as a Psychologist.