The Hunt God’s Hound by AT Lander

Book 3 in the Of Gods and Men series

 Heroes aren’t real, and neither is love…right? Conall, a snarky and cynical Irish goatherd, just wants a boring life—no quests, no heroes and definitely no curses. That all falls apart when a chance encounter with a Fomori sorcerer leaves him trapped in the body of a female wolfhound. Arlen, a kind and noble hunter of the Tuatha de Danann, is tracking his most dangerous target yet, but his skills are not enough. To track this magical monster, he needs someone touched by its power…someone like Conall. They strike a deal—to hunt their mutual enemy while Arlen bends the curse as much as he can. Now a hound by day and a human by night, Conall’s heart and instincts draw him to his handsome rescuer. When he goes into heat, it starts a tempest of passion and emotion that will either bring them together or tear them apart. Can these two unlikely companions overcome an ancient evil, or will their story end in tragedy? Reader advisory: This book contains scenes of animal slaughter, violence and injury. There is a cursed main character and mentions of breeding the shapeshifted MC.

Conall had definitely gotten fucked last night. Fucked and drunk. There was an unpleasant ache in his head, along with the lovely ache in his ass. He waited for his uncle’s shouting to pierce through his hangover, but it didn’t come. That was nice. The bed was also nice, a warm nest of blankets with a firm mattress—a breathing, human mattress. That explained the ‘fucked’ part of last night, as well as the lack of yelling—he had to be in someone else’s house. Or someone else’s tent, as Conall saw when he opened his eyes. The previous night came flooding back to him, and he grinned at the memory. The local lord had thrown a feast to honor some victorious mercenaries, and someone had remembered Conall’s skillful blow jobs. After that, there had been mead and song and some fun manhandling by a big fellow with delightful stamina. Then memory gave way to realization. There was light filtering in through the tent-flap, the gray light of a misty dawn. “Fuck!” Conall cursed. He should’ve been up an hour ago. “Whazzat?” his bedmate groaned. “Stop yelling. It’s too early.” ”Goatherd’s hours,” Conall said, though he privately agreed. “Where’d you throw my clothes?” “Why would you want clothes?” the man asked, rolling over. A hot erection nudged against Conall’s hip, making his resolve waver. “A few more minutes can’t hurt…” “I-I have to get to work,” Conall said, fighting down his suicidal libido. After what had happened last night, he knew it wouldn’t be just ‘a few minutes’. “If I’m any later, my uncle will butcher me—” “Your uncle, whoever he is, doesn’t scare me,” the man said breezily. “Good for you,” Conall said. He spotted his robe and reached out of the blankets to grab it. “He’s not going to beat your ass.” “Don’t worry about your pretty little ass,” the mercenary said with casual confidence and a pat on Conall’s rump. “I’ll keep him away from it.” “I’m sure you will.” Conall scoffed—he’d heard that line a thousand times. “Right up until you ride off for the next war and leave me to his tender mercies.” Conall ducked back under the covers to avoid the morning chill and did his best to wrestle the robe on without elbowing his large bedmate. It didn’t work—Conall was tall and gangly and the mercenary took up too much space. He almost jabbed the man in the face before a massive hand caught his arm. “Why would I leave such a great piece of ass in a place like this?” the mercenary asked, like Conall was speaking nonsense. “You’ll come with me. When I’m rich and famous, you can stay in my big bed all day!” He grinned like an optimistic idiot, and actually winked at Conall. “So you’re going to be the next Cú Chulainn?” Conall asked dryly. “Make your name fighting and die horribly before you’re thirty?” “Life’s short,” the man said, “but people will tell my legend forever. You’ll be in the stories too—‘the great hero’s honey-treat’.” Conall couldn’t help it—he burst out laughing. The big lummox blinked at him in confusion, but didn’t resist when Conall tugged his arm free. “Good luck with that,” Conall said, rolling out of the nest of blankets. The sharp chill of an Irish morning bit into his feet, and he grabbed his boots as fast as possible. “I’ll keep an ear out when the bards come through.” The man blinked again, tilted his head as though trying to think, then shrugged. “Your loss.” “Yep,” Conall said, and crawled out of the low tent. It wasn’t until he felt cold air on his face that he rolled his eyes. Did the man really expect him to run off with a stranger after one good fuck and some grandiose promises? He couldn’t toss a rock without hitting a would-be hero in this part of Munster, and for every one that won cattle and glory, there were a thousand failures. Conall had survived twenty-five boring, safe years and fully intended to keep that streak going. The mercenary camp was outside the hill fort and on the opposite side from the village, so Conall had to run. It was second nature by now—dodging between buildings, livestock and townsfolk. He braided his shoulder-length hair as he went, pulling the black strands out of his face and tying them with a leather thong. A few of his regular bedmates threw out catcalls, and he grinned back. At last, he came to his uncle’s house. It was built from stone, perfectly round and larger than many. The goat pen was out back, but Conall’s sling, staff and any chance at breakfast were inside. He had to run the gauntlet if he wanted to get them before his uncle caught him, but he’d been getting faster and his uncle slower every day. He darted in and grabbed his weapons without even needing to look, then went for the cook-fire that a servant girl was sleepily poking. “Hey!” she cried as he swiped three small flatbreads straight off the griddle. One went into his mouth and the other two into a fold of his cloak, the light burns worth each second of speed. “There you are, you son of a bitch!” his uncle yelled, but Conall was already out of the door. “Son of your sister,” Conall muttered around his breakfast. He’d weather the inevitable storm after he took the goats out to pasture. It was almost boring—he could practically recite his uncle’s rant from memory. Just another typical day in the life of Conall mac Cormac… 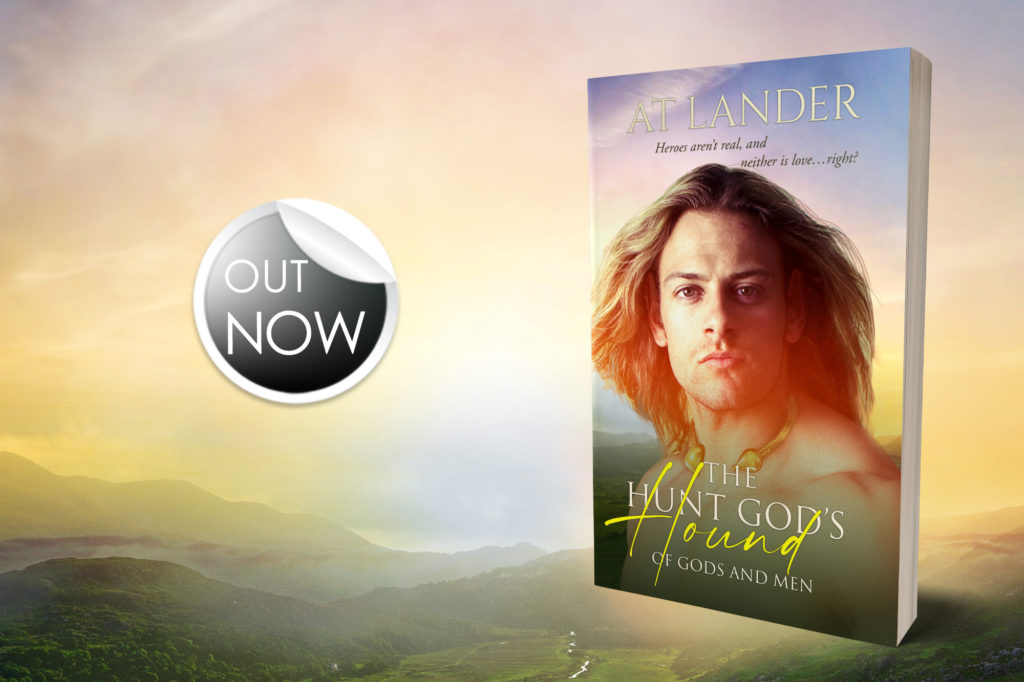 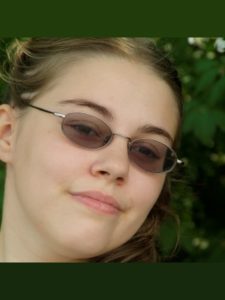 AT Lander has loved stories, both the reading and the telling, since she was a child. Born in upstate New York to an English professor and a former librarian, she now lives in the queerest part of Massachusetts. She never leaves home without a knitting project or a pencil, and she’s never met a cat she doesn’t like. She has worked as an history museum guide, a professional storyteller, and an actress, sharing tales of what was, what could have been, and what can only be imagined. World mythology is her driving passion, as what better way to understand a people than through the tales they tell? Follow AT Lander on Twitter and Facebook.

Enter for your chance to win a $50.00 First For Romance Gift Card! Competition hosted by Totally Entwined Group a Rafflecopter giveaway https://widget-prime.rafflecopter.com/launch.js