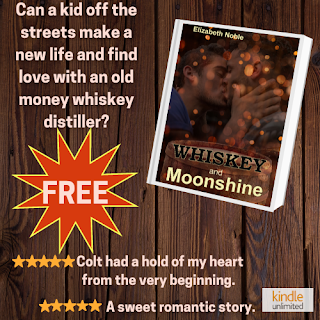 Buy for $0.00  (LIMITED TIME) or #FREE with Kindle Unlimited

Like a well-aged whiskey, master distiller and old-money entrepreneur Malone Kensington is elegant and refined. Unfortunately, he’s also a perfectionist who is more dedicated to the success of his generations-old company than his own love life.

That company needs a public spokesman.

What Colton Hale lacks in sophistication, he more than makes up for with the charisma that’s allowed him to survive on the street from a young age and charm his way into the lucrative—if overwhelming—public position at the Kensington Distillery. When Mal takes Colt under his wing, hoping to polish off his rough edges, opposites attract and a passionate romance blossoms despite the differences in age and background. But can it survive a Kensington Board of Directors who believe Colt is nothing but a gold digger and a kidnapper determined to profit from the love of Mal’s life—dead or alive?

Next Up is Hope Irving