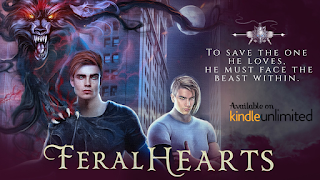 To save the one he loves, he must face the beast within.
Alex isn’t a traditional alpha—he’s gentle, awkward, and caring. He also has no desire to assume leadership of the Black Moon Pack once his father steps down.
Talen is an omega stray, taken in by Alex’s parents and raised as his brother. He’s also straight, emotionally damaged, and the love of Alex’s life.
Now of age, Talen is forced into the role of an omega—those treated little better than slaves. Worse yet, the monster inside of Alex has awoken and set its sights on Talen. The beast will stop at nothing to get what it wants, even if it takes the whole world down to do it.
Alex must face his worst nightmares if he ever has a chance at protecting Talen. Is he strong enough to bring them together, or will he lose Talen along with the pack?
This three-book series tells a continuous story with a resolution at the end of book three.
Friends to Lovers. Childhood friends. Childhood friends to lovers. Gay for you. Alpha-Omega. Omegaverse. Soul Mates. Fated Mates.

Next Up is Holly Oliver