Book 1 in the A Vampire’s Call series 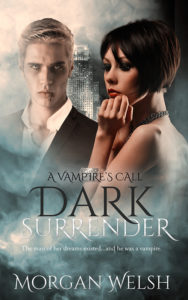 Olivia Hargreaves had often fantasized about the man of her dreams. Little did she know he actually existed—and that he was a vampire. Following a bad break-up and the need for a fresh start in her life, Olivia Hargreaves has moved from London to the US East Coast to be with her best friend. Now she has finally met the man of her dreams—literally. Gabriel Langston, a vampire with the ability to get into the minds of humans has been entering her head and showing her the time of her life. When he turns up at the local bar she frequents, she is sure she must be losing it. Wealthy, powerful, commanding and impossibly handsome, Gabriel is different to any man she has ever known and there is no way she can resist the attraction. And there is no way he will let her.

Gabriel tapped his finger on the desk before him. The evening was young, and his mind raced with the amount of work he had to do. There were so many things to set in place—messages to send, paperwork to be filed. It was the part of business that he hated, but it had to be done. Unlike some of those close to him he did not employ many people to see to such matters, though he could afford a staff of thousands. A man like him—a vampire—was best operating outside the gaze of the world, and that meant staying away from the trappings of wealth and success. He did not need the publicity or the limelight. Instead, he chose to live quietly in the shadows where people were less likely to find him. He invested his money discreetly, choosing people that were like him or that wouldn’t ask questions. Over the years he had acquired unprecedented experience in business and the wealth that came with it. He didn’t like to publicly flaunt it too much, but that didn’t mean he couldn’t enjoy it. Living for centuries was much more satisfying when done in style. His phone buzzed, and he stole a glance at the screen—he was to be at the bar at ten p.m. Plenty of time. The penthouse hotel suite that he occupied wasn’t far from there. Gabriel took a swig of the warm red liquid next to him. He shut his eyes and savoured it as it made its way down his throat. Behind his closed lids an image of her face appeared. It had barely disappeared since he first saw her, weeks ago. The street had been busy, but the only thing that he had seen was her. Her dark glossy hair bobbed at her chin, her olive skin flushed from the way she was rushing. She had stopped him in his tracks—and Gabriel Langston rarely stopped for anyone. A flash of anger had gripped him when he’d seen the guy on the street helping her after she’d dropped her file. It was the way his eyes had travelled up her legs as he bent to pick up the papers. He couldn’t blame him—it was what he would have done himself. But that didn’t mean he had to like it. He had sat and watched from the café across the street as she then rushed into her office. Seconds later, she appeared at the window on the first floor. She had opened the window and pushed her short hair back from her face. Something in him had not wanted to leave until she left that evening, but as usual, he’d had work to do. He took another sip and smiled. Small cities and towns weren’t usually his thing. He was more of a big-city dweller. He liked the hustle and bustle, the never-ending chaos. In those places he could hide in plain sight, yet he was so glad that he had come here. Sometimes the most unexpected things could occur in the least likely of places—he should know that by now. He had come here to help oversee the sale of the bar—a favour that he had owed someone, and he always kept his promises. These days such projects were a way of passing the time, utilizing his business acumen and keeping busy. Gabriel had not got where he was by sitting around. He liked the cut and thrust of the corporate world, whether that was big business or small ventures. That instinct had led him here. The time was close, he could feel it. He knew that she could, too. So many dark and delicious thoughts. She was ready. He wanted to peel the clothes from her body, see her standing before him naked and vulnerable. He wanted to take her nipples into his mouth and suck hard, before drawing his teeth over them and making her cry out for more. He wanted to run his tongue along the crack of her sweet ass before turning her over and fucking her with it, then sucking on her clit. He wanted to hear his name on her pretty lips as she threw her head back and exploded into his mouth. He was ready. Olivia Hargreaves was his. 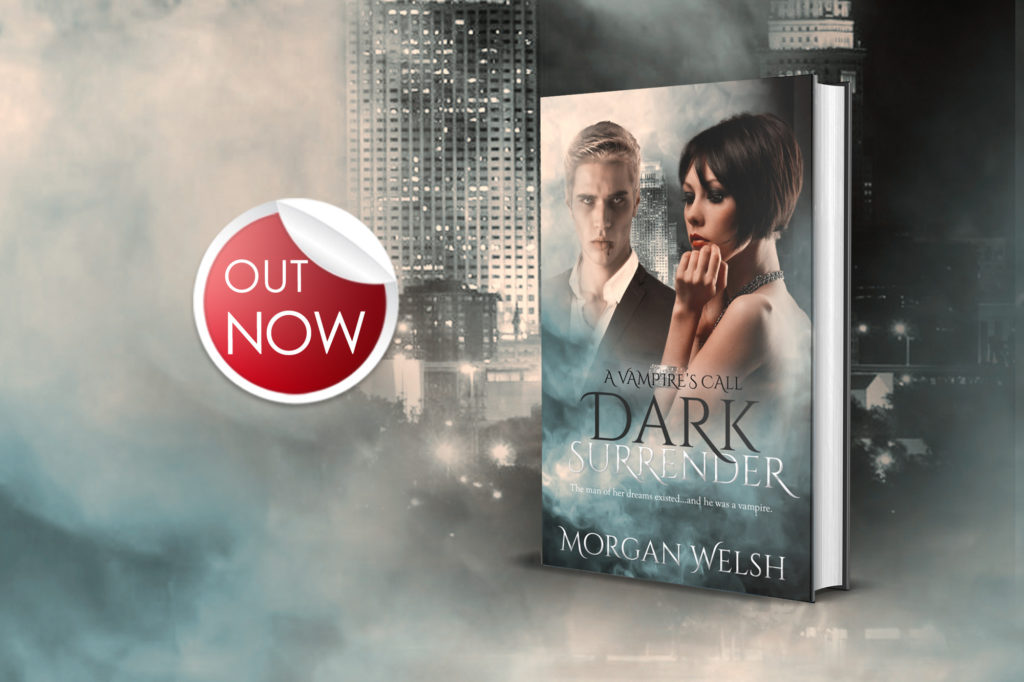 Morgan Welsh is a UK writer of paranormal and fantasy romance. She loves everything dark and gothic and will never tire of reading or writing about vampires, witches and the fantastical. Add some steam and she’s in her element. She lives with her husband and two children and somewhere dark and distant in her head. She’d love for you to join her there. Find out more at Morgan’s website and follow her on Instagram.