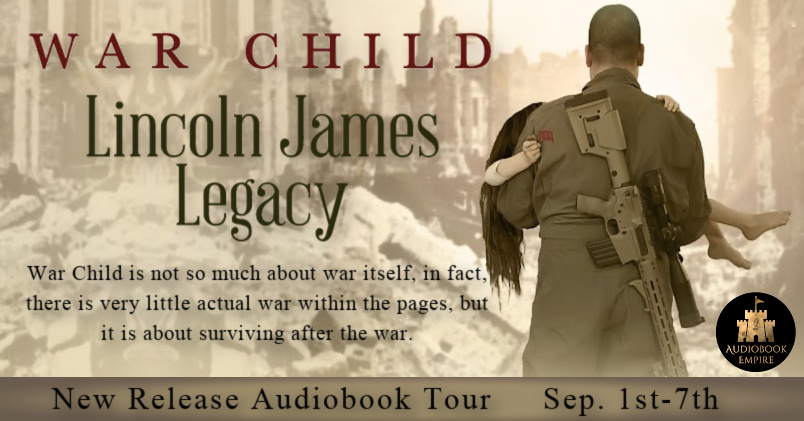 Lincoln James Legacy: War Child is the long awaited sequel to Olivia’s Hope released in 2018. War Child is not so much about war itself, in fact, there is very little actual war within the pages, but it is about surviving after the war. Even years and decades later. It’s about good soldiers and innocent civilians, especially children recovering from the unseen wounds and deep scars left behind after witnessing the brutality of war. The insults of your mind and heart, seen and experienced, especially from the perspective of an innocent little girl. It’s about wolves and sheep and the quiet, unassuming sheepdogs of the world that try to keep the wolves at bay. It’s about Love and Joy and the kind of Friendship that we all dream about and desperately desire. It’s about loss and grief that no one is immune to. Some of us bear more of that burden than others. It’s about tradition and honoring those that have gone before you. It’s about being completely content in your misery. Then, Life comes along and drags you kicking and screaming back into the sunshine. When the wonderful light first hits your eyes, you blink a couple of times because you aren’t used to it. Then you smile and suddenly wonder, “Why did I wait so long?” Murder, Romance, Weddings and War Seth and Jenny ride the roller coaster of uncertainty and joy between having the twins, discovering their babies were already named and finally, finding out who the real mothers are? Long ago, on a snatch and grab mission, Link and his elite Dagger unit stumbled across a starving, ragged little girl. Now, years later and living in America, Celia still can’t shake the nightmares of the war. Empty and broken inside, she trusts no one. Then, along comes Jesse, Link’s son. He is different from anyone Celia has ever met. Infuriating yet… interesting. Does she know that Jesse is the son of the man that saved her? When Jesse gets arrested for murder, can she ever trust him? 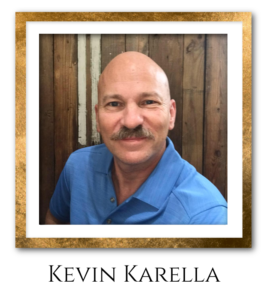 “Life, Liberty, and the pursuit of Adventure!” Kevin Karella was born on the frontiers of Alaska into a family of ten siblings. The author of “Olivia’s Hope” and the Lincoln James Legacy series is married to DawnMarie and they have four adult children and five grandchildren. Starting his career of adventure, Kevin began skydiving at 16 and became a pilot at 18. Adrenaline was his drug of choice. Whether flying in bush Alaska or combat helicopters in the Army, running an oil field service company across the continent or an airline Captain, this veteran is happiest in the air or telling stories about it around a campfire. Even though he never aspired to be an author, those close to him will tell you he has spent a lifetime preparing for it. Buckle up before opening one of his novels and enjoy the roller coaster ride. 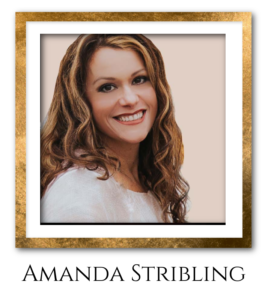 Amanda is an All-American southern girl from Tennessee. She grew up as a tennis playing, book reading, movie watching, musical theater/show choir girl. She is a huge sports fan – Go Vols! (and thinks every proper girl should learn to throw a perfect spiral) School was where she excelled, but she had the soul of a performer! She LOVES music, (any music!) and was heavily involved in musical theater, acting, singing, and show choir. She attended the University of Tennessee in Knoxville, and then moved to Nashville after graduating with a degree in Political Science and Broadcasting. She spent the majority of her career working in the non-profit sector for the American Heart Association. She is very passionate about creating change and making a difference. As the Youth Market Director for the state of Tennessee, Amanda’s platform was childhood obesity, nutrition, and physical activity.

At Audiobook Empire, audio reigns supreme, narrators are hailed as heroes, and headphones are worn with pride. Marrying pomp and circumstance with quality you can count on, Audiobook Empire is a full-service production house that produces and promotes audiobooks with gusto. Give your audiobook the imperial treatment by producing it with Audiobook Empire.

I received this audiobook as part of my participation in a blog tour with Audiobookworm Promotions. The tour is being sponsored by Audiobook Empire. The gifting of this audiobook did not affect my opinion of it.