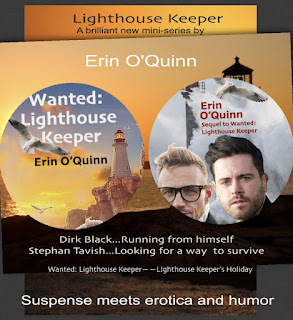 A bitter drunk meets a lonely paraplegic with a target on his back. Almost on the rim of the Arctic Circle, they’ve both run out of places to hide.

Dirk Black is a lost soul with a troubled past. When the washed-up cop happens to see an odd notice in a newspaper, his unshakable sense of irony sends him to a remote point in Scotland’s Shetland Islands. There he discovers something he’s never wanted and bloody hell doesn’t need—a computer nerd and recluse who’s confined to a tiny promontory in the North Sea.

Stephan Tavish is a scholar and business entrepreneur who’s managed to run from his family and from society, hoping for peace of mind in the solitude of his own land and his ancestor’s old isolated lighthouse. But karma has bitten him in the arse. He finds himself in a very dark place where he needs to ask for help, from a stranger who’s lost himself in a whisky bottle.

Two alienated men, each with a mystery to solve, end up working together at the edge of nowhere. Together, they discover that something in their own past may hold the key to a very intriguing future.

After a year back on the cop squad, Dirk Black is again on forced leave. But this time around, it’s because he’s earned a holiday—and his Detective Inspector is determined he’ll take it. When Dirk returns once more to the Shetlands where he met Stephan Tavish, the circumstances have changed. Stephan is recuperating faster than even he could have imagined, with the dedicated help of his father Peter. His lover’s once-alienated son Jamie, who’s agreed to reunite with his family, is posing his own set of challenges. And a massive storm has hit, hard.

Being under the covers with his unique lover is just what Dirk’s been needing. But he soon finds that the storm has also brought a maelstrom of trouble for him and the entire Tavish family—all of them have been swept into a tempest of crime and passion that threatens to leave only heartbreak in its path.

When Jamie disappears, Dirk is forced into seeing from a different perspective. From the secrets hidden in a boy’s school, to crimes committed in a stone-cold basement, even to a final horrendous crash—he learns that getting out alive is only part of the challenge.

Aye, pagan Dirk is forced to call on the “damned father, son and holy ghost” to set the world upright again on Fate’s storm-ravaged playing field.

Next Up is Amanda Steel