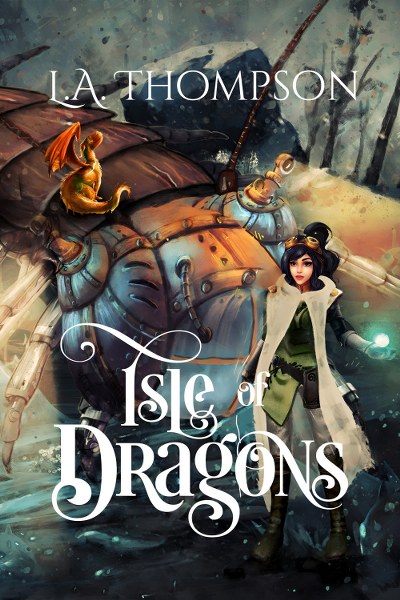 Now with all new scenes!

Watch steampunk technology and high fantasy witchcraft clash in this heroine’s fast-paced, epic journey to rescue her father and reveal the secrets of the noble court.

On the run from the royal army in a giant mechanical centipede, sixteen-year-old Jade Sol embarks on a dangerous adventure to help her father escape from the Isle of Dragons—a land of untamed magic that some believe only exists in myth.

When Jade is cornered by soldiers, a mysterious witch named Miria Atkins rescues her, calling on ancient spirits from a magical realm to channel their mystical energy into light and matter. Jade begs Miria and the sorceress’s mechanist brother, Dan, to join her quest. The siblings resist at first, but their hearts soften when they hear of her father’s fate. Their own parents had attempted an expedition from Vansh to the Isle of Dragons years ago and never returned. Together, the trio journey across the feudal countryside and trek across the sea, uncovering hidden truths about themselves along the way. Die-hard readers of Angelique S. Anderson’s Dracosinum Tales and Jessica Drake’s Dragon Riders of Elantia series will find L. A. Thompson’s writing magnetic, impassioned, and clever in this novel’s twisting plot. The first in a trilogy. Click “Add to Cart” to join the action. 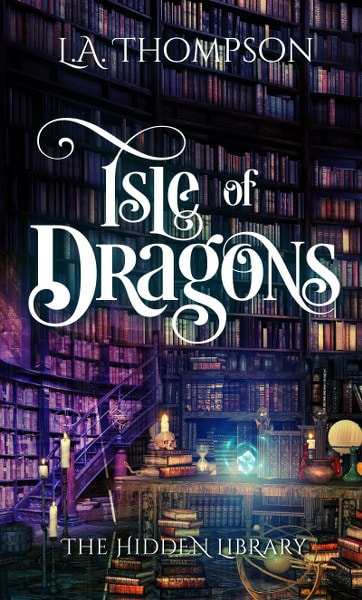 A jaw-dropping sequel to Readers’ Favorite Award Winner of 2021, Isle of Dragons!

L.A. Thompson’s iconic steampunk heroine is back in this richly imaginative quest to find a mysterious magic library that holds the key to winning the war against the corrupt King Jarrod.

Jade and Kaylen, childhood friends turned rivals, now race to find a portal located in an ancient library hidden from mankind for years that will either doom or save their world. To follow the king’s orders and regain all she’s lost, Kaylen must decide what, and who, she is willing to sacrifice. Can Jade, the dragon-taming witch Miria, and the pragmatic pod inventor Dan race against the clock and stop Kaylen from opening the gateway between realms before it’s too late?

Packed with fast-paced action, Jade’s newest adventure introduces new friends and enemies, and magic obstacles beyond anything Jade has seen before. Hang on tight as mysterious revelations unfold about the Isle of Dragons and its inhabitants.

Fans of Jeff Gunzel’s The Legend of the Gate Keeper series and Cecilia Dominic’s The Art of Piracy will be enthralled with L.A. Thompson’s brilliant and magnetic storytelling. 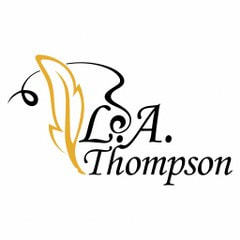 Author L.A. Thompson knew she wanted to be a writer at a young age. She longed to create worlds and characters that would draw people in and transport them to another time and place, which she achieves in her debut novel Isle of Dragons.

L.A. loves fantasy and witchcraft and by combining those elements in her stories with different historical periods, she creates a world that’s in an industrial era caught between technology and magic, exploring the two’s unique interplay.

L.A. believes that characters are the central driving force of any good story. She likes to create characters that are deeply flawed and complex. She hopes that her readers can be transported to another world of magic through her books, yet also find a story that’s rooted in a strong sense of family connections, no matter the form that may take.

4 thoughts on “Isle of Dragons”