In ancient times, five dragons fought against an immense and powerful evil. Unable to defeat Sin, they imprisoned it in ice. The Oracle vowed to watch over the land and protect it from further threat. Her brother, the Sentinel, promised to oversee the ice prison and ensure the creature never escaped. Thousands of years have passed since that time, and still the Sentinel sits in his lonely Tower, watching and waiting. A simple farmhand, Corey doesn’t know what to make of the way his aunt and uncle abruptly drag him into a journey across the frozen tundra, or why he’s had to abandon his life to live in the Tower complex. The only consolation from his new, strange, and confusing life is the mysterious man who lives alone in the highest room of the Tower… When his help is needed to defeat the forces of evil, Corey steps up to assist the Sentinel in banishing Sin for good.

The Oracle’s Prophecy Mell Eight © 2022 All Rights Reserved His sister was multitude, yet she still managed to speak with only one voice. Hundreds of Oracles before her had lived and died and then lent their strength from beyond the grave to their successors. Every time he spoke with her he got a headache from all the minds pressing against his own. “The world will not end prematurely,” she said, parting the veils of the present to connect with his mind. The last time they had spoken, she’d had the voice of a young girl. She was almost a woman now, sounding adult and mature in tone. Time had taken its toll on her. While he sat in his Tower, unageing, she would grow old and die and another child would take her place. “You have stopped the sickness of corruption and death?” he asked, remembering the vision her immediate predecessor had shown him when she had explained why her life was ending so early due to the birth of the child growing inside her. The green miasma had crept out of her part of the world in the vision, smothering her Monastery and her acolytes as it clawed across the land and through peoples’ hearts. It would have even reached his Tower eventually, but by then his purpose in the world would have become moot thanks to the death of the people he sought to protect. He could feel her nod through their connection. “It is contained by love,” she insisted, and a fleeting image of the child she had borne slipped between them. So, she had been successful after all, despite the pain it had caused her and her followers. “I am turning my attention to rebuilding my Monastery,” she continued. “Arrogance and laziness have taken root during my distraction, and it is poisoning my Castes.” She shared an image of her Dragon of Earth, willingly entombed beneath her mountain, another of her Dragon of Water, her body broken and defeated at the foot of the cliff she had jumped from. She was the third Oracle in a row who had been working against the miasma, although most of the preventative actions that needed to occur had been during her own short lifetime. Still, three generations was a lot of time for her Castes to learn how to misbehave. They had considerable power and prestige at their fingertips, but they were still only human, and humans often couldn’t help themselves. Only her Dragons had remained pure, if the images she had shown him were true. Her Dragon of Fire had begun the process of saving the world, followed by her Dragon of Ether. Her Dragon of Earth and Dragon of Air had removed themselves from the Monastery entirely, and her Dragon of Water had killed herself to escape from it all. It was beyond regrettable that the Monastery had fallen so far from their purpose while she worked so hard to ensure their survival, but he knew she and her Dragons could put it back to rights. He passed on that sentiment through their bond and felt her smile of relief in return. “Thank you, Sentinel. We will speak again soon.” He was sad to see her go, loneliness encroaching into his mind again even though she hadn’t yet left. “Look to the east as the sun rises,” her voice echoed with a hint of prophecy as her mind faded from his. Then she was gone, and the Sentinel was once again alone at the top of his Tower. He settled into his nest of pillows and thick blankets, pulling a corner of cloth up to cover his freezing nose. He looked to the east on his left, but all he saw was endless snow in the endless night through the thickly paned windows that circled his room. “The fire’s gone out!” Elda gasped as she bustled into view. She was a spark of light in the otherwise totally darkened room, brightening the space with her very presence as magic coiled around her. Elda’s eyes were the bright blue of a powerful light mage. She was a petite woman, but the strength of her personality exuded a presence that made her one of the most powerful people in the Tower. Elda struck flint together and rekindled the large firepit in the center of the room. The smoke drifted upward into the chimney suspended overhead, and warmth began to filter back into the room. “Breakfast will be served in about ten minutes, if you’ll be joining us today,” she continued in an admonishing tone. “I will join you,” he sighed. He was hungrier than he had been in days. “Elda,” he added, still looking out through the window to the east. “On the first day of Sun Season, send a search party to the eastern ranges.” Her bright-blue eyes blinked at him in surprise, but she bobbed her head in agreement before turning and leaving the room. 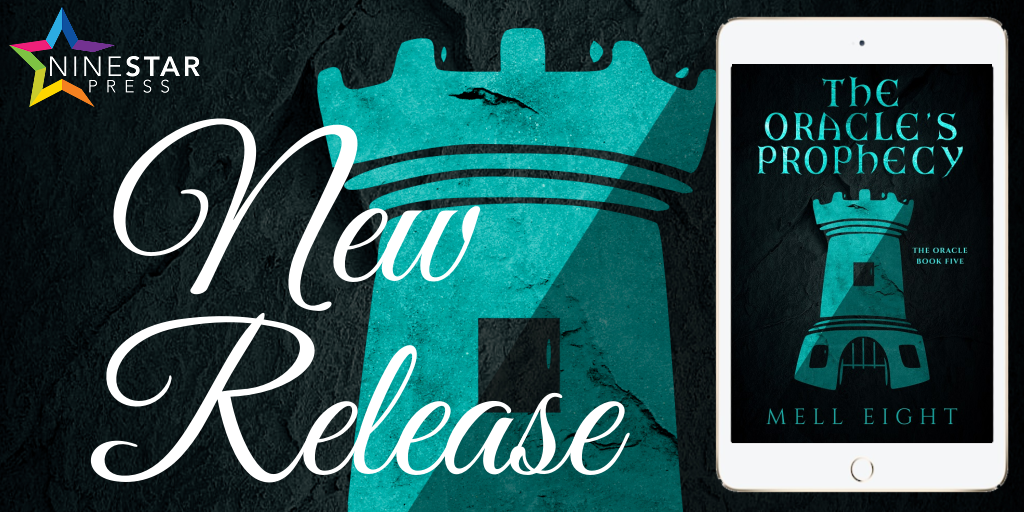