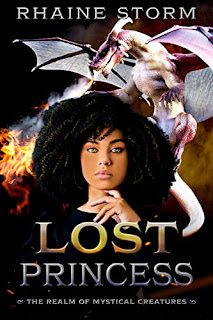 Ananya Jones is a nobody or so she thought. She’s a typical teenager with a completely boring teen-aged life until the nightmares began. The acrid smell of sulfur and the heat of an abyss fills her room upon awakening. Terrified, she brushes the dreams away and tries to focus on her life. Being a Sophomore in high school was hard enough without the weird things happening to her body. Everyone thinks she’s a nerd already, how would they respond if they knew about her dreams, her skin glowing, or the weird things in her eyes? They would probably taunt her and make her out to be a freak. She thought she had everything under control until….Sydney Jenkins entered her life.

Sydney Jenkins didn’t know how much longer he would be allowed to live in the human realm. He’d been here too long already without finishing his mission; to find the missing Princess of Asura. Only when she is found can the seven dragon tribes finally be made whole. Pretending to be a human had been tough. He had to hide his dragon-shifting abilities. After all, the entire human race would not only freak out but throw him in a cage and dissect him. No, that was not for him. The humans were not ready to know that other worlds with mystical beings existed. No, not yet. One day, he thinks he’s found her. How can he tell her who she really is? Would she believe him? If it isn’t her then what would he do as his time was running out?

Next Up is Holly Oliver