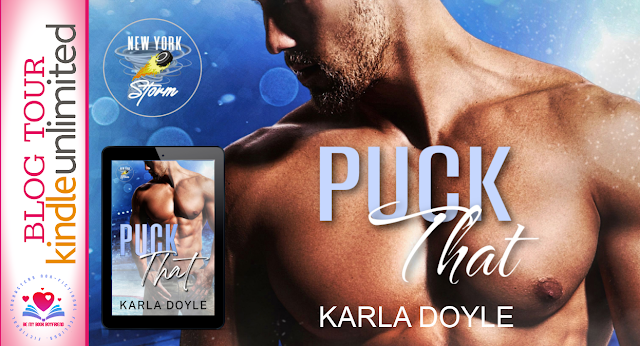 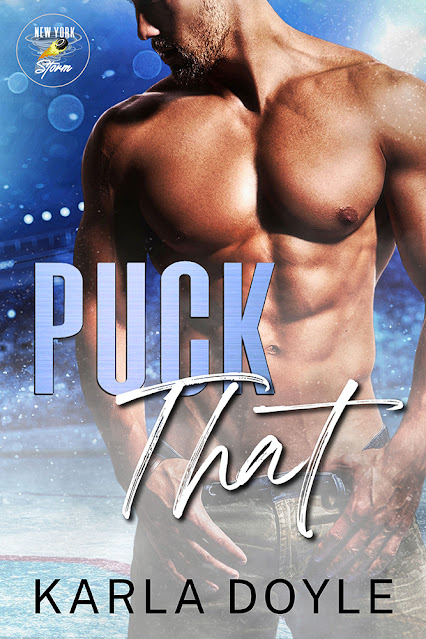 Opposites attract when the hotshot player discovers the team’s new PR person secretly hates hockey. Will she end up in the penalty box, or will they team up to score the ultimate goal – true love?

JACQUELINEAfter five years of working myself to the bone at my previous job, I landed what anyone in my field would classify as a career dream: Public Relations Specialist for the New York Storm. Yes, I’m a small-town Texas girl who knows absolutely nothing about hockey, but I’ll figure it out eventually, right?

Wrong. As if pretending to love a sport I don’t understand in front of the most rabid sports fans in the country isn’t tough enough, one of the players seems to be on a mission to make me miserable. My job makes it impossible to avoid him and my sex-starved body doesn’t want me to. Plus, when he’s not being a jerk, he’s sweet, funny, smart, and… I like him. A lot. Even more the night he comes clean about his motives, then gives me a grovel no woman could resist. But I’m a girl who plays for keeps, and he’s only interested in scoring.

MERRICKHockey isn’t just my career, it’s who I am. So when I overhear the team’s new PR person say she hates the sport, I’m on a mission to make her miserable enough to quit. Yes, I was eavesdropping, hovering where I shouldn’t have been because she’s adorable, smart, and sexy AF. And yes, she’s great at her job. But the New York Storm has been my family since I was drafted, and I’m not letting some uptight hockey-hater get comfortable where she doesn’t belong.

The trouble is, the more I get under her skin, the deeper she gets under mine. And the night I swoop in to rescue her from a handsy teammate, I realize I don’t want her to leave the organization… or my life.* A short, sweet and steamy instalove romance with a guaranteed Happily Ever After * 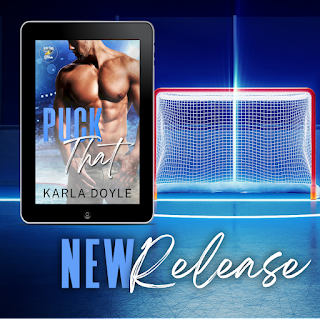 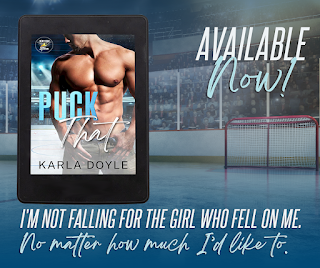 THE SERIES
ABOUT KARLA

After studying fashion design in college, Karla worked in the clothing industry for over two decades. In 2011, she caught the writing bug, received a scholarship to attend the Romance Writers of America conference in New York City, and hasn’t looked back.

A small-town girl with some big-city experience, Karla resides in Southwestern Ontario with her husband and two young-adult children. When she’s not writing the sexy stories swirling around in her head, you can find her spending time with family, or cuddled up with a romance novel and her beloved pets.

Karla loves interacting with readers. Connect with her online or send her an email. She’d love to hear from you! 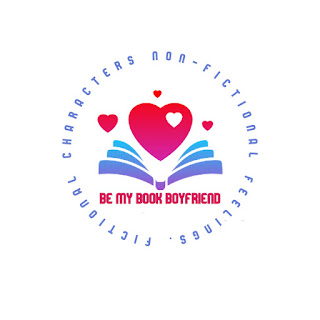