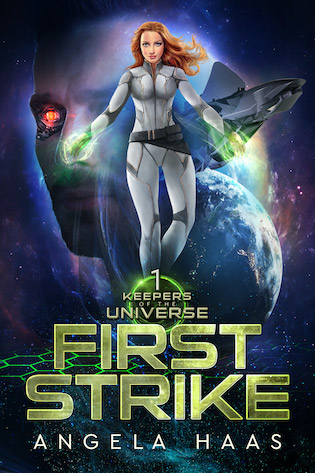 A Universe Torn Between Control and Chaos

Stella Jayne Walsh, New York City’s top-rated trauma surgeon, holds an astounding record. She’s never lost a patient—until the day she does. In that moment, her world shatters, and she’s swept into an adventure that launches her from Manhattan into alien worlds in the far reaches of space.

John Ryder Alexander is a handsome rogue and one of the most decorated soldiers in the galaxy—until he turns unwilling mercenary, blackmailed into committing heinous crimes.

Stella is targeted by a woman hell bent on creating a universe where other women don’t exist and all men bend to her will. Stella and her crew of misfits must stop this villain before she helps to awaken a long dead force of evil.

Can Stella let go of the life she knew and learn to trust her new team in order to save everyone — and everything — she loves?

STELLA JAYNE WALSH FROZE, the hair on the back of her neck rigid as her body reacted to the sense that someone was behind her. Relax, she thought. You know what to do. A creak in the floor gave the person away and Stella whipped around, snatched the man’s fingers, and bent them back on his hand. He cried out and fell back. She thrust her palm into his chest and, as he coughed, she sent him to the ground by kicking his legs out from under him. He grunted as he hit the floor, cringing from the pain.

She pounced on top of him and punched him in the chest again.

“Stella, that’s great, no, I think you, yes—” said another man behind her.

Her self-defense coach called to her, and his hands touched her arms. “Wow! Great job, Stella,” Brian said, “but what’s one thing we could have done differently here?” He turned to address the rest of the class as they stood in a circle around Stella and Dan. Brian pulled Dan up from the floor, and Dan shook his head as he massaged his sore

fingers. Stella was about to apologize when her phone rang, calling to her from her bag on the bench next to the sparring area. It was the special ringtone for the hospital, Mercy General.

“I know, but I only need it for actual phone calls, and I hate texting,” Stella said. She zipped up her winter jacket and brushed her hair out of her face.

“Yes, I’ve got to get into surgery, but other than that—”

They both glanced over their shoulders to see Dan scowling at them from the other side of the room.

“Are you sure you’re all right? It’s not been that long since the shooting.” 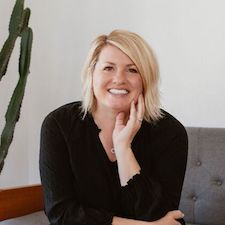 Angela Haas was born in Colorado Springs, Colorado. A professor of communication, she writes novels about superheroes and spaceships. She loves not camping, salty snacks, and soft blankets. She has been writing since she was a kid and still has all the spiral-bound notebooks she filled with her early stories. Her series Keepers of the Universe features older women as the superheroes because she was tired of the standard entertainment tropes of older women being the evil queen, jilted first wife, or wise grandmother. She and her husband live with an English bulldog, French bulldog, pit bull mix, Rhodesian ridgeback, and Maine Coon cat that thinks he’s a dog.