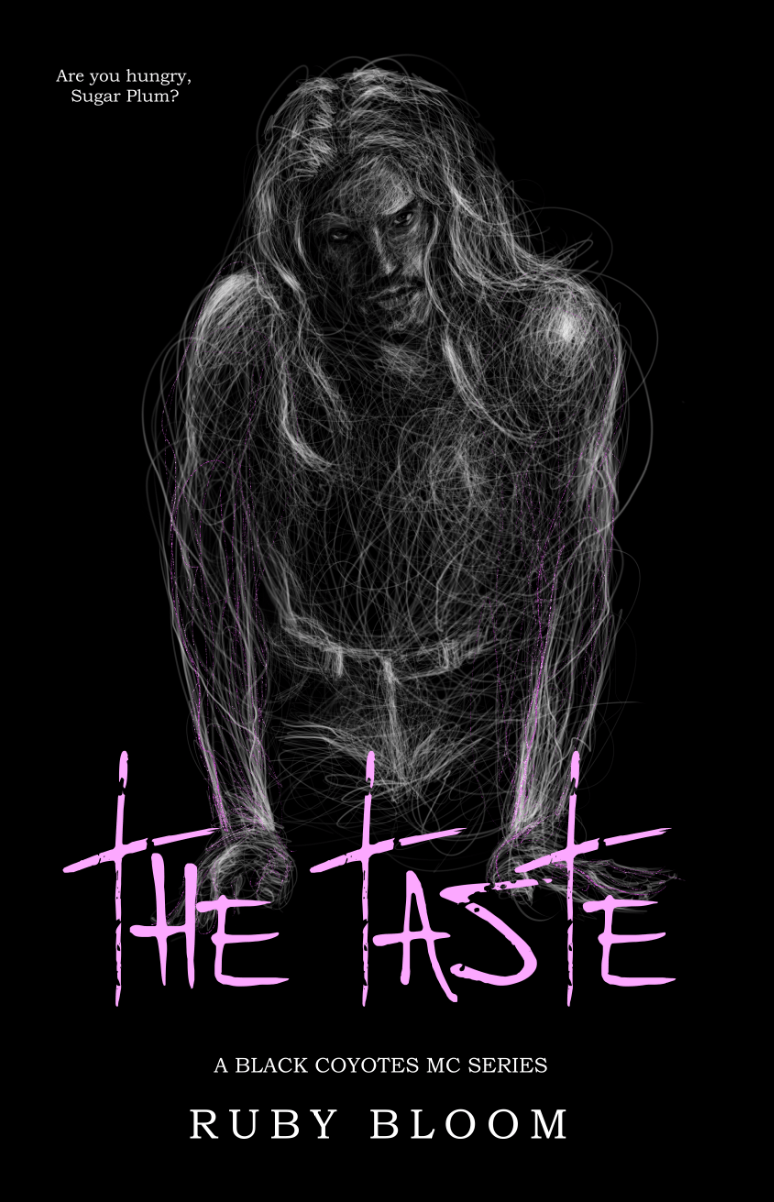 CAN THEIR PASSION MASK THE BITTER TASTE OF DEATH?

They called him Phantom. Because he was exactly that. Not a man, a ghost of the darkness. Unable to speak. Trained to kill. Conditioned not to feel. To laugh. To love. People screamed his name in fear.

Until a local business owner awakens something human within him.

New to town, Sophie has set up an ice cream parlor, and is struggling under the weight of trying to think with a commercial head on her shoulders. She’s used to seeing the best in the world around her, but her sunny attitude isn’t enough for running a successful business, she needs to be more cut-throat. She sees him watching her from across the street as she serves up huge scoops of silky, vegan ice cream, his eyes hungry. Why won’t he come over and have a taste?

He knows he can never have her, he doesn’t trust himself. He could never hold her, feel her fragile pulse fluttering against his violent hands. Yet it doesn’t stop him from wanting her, wanting to hear her scream his name, not in pain, not in fear, not because death was coming. But in pleasure. Wanting to hear her whispering his name as he fulfills her fantasies.

She has never been able to resist temptation. Because truthfully, even though she finds out he is a member of the notorious Black Coyotes Motorcycle Club, and does not speak, she still wants a taste of him too.

But his past is a graveyard of poisonous secrets. Before he was rescued by the MC, he was a slave in a nefarious Mexican drug cartel. And when one of those secrets from that dark past is reincarnated, will Sophie run back to the land of the living? Can she find the sunshine and sweetness within herself to forgive? Can she move forward without bitterness or has she spent too long with a ghost and become dead inside too?


Note: This book contains adult scenes and language that some readers may consider offensive or triggering. 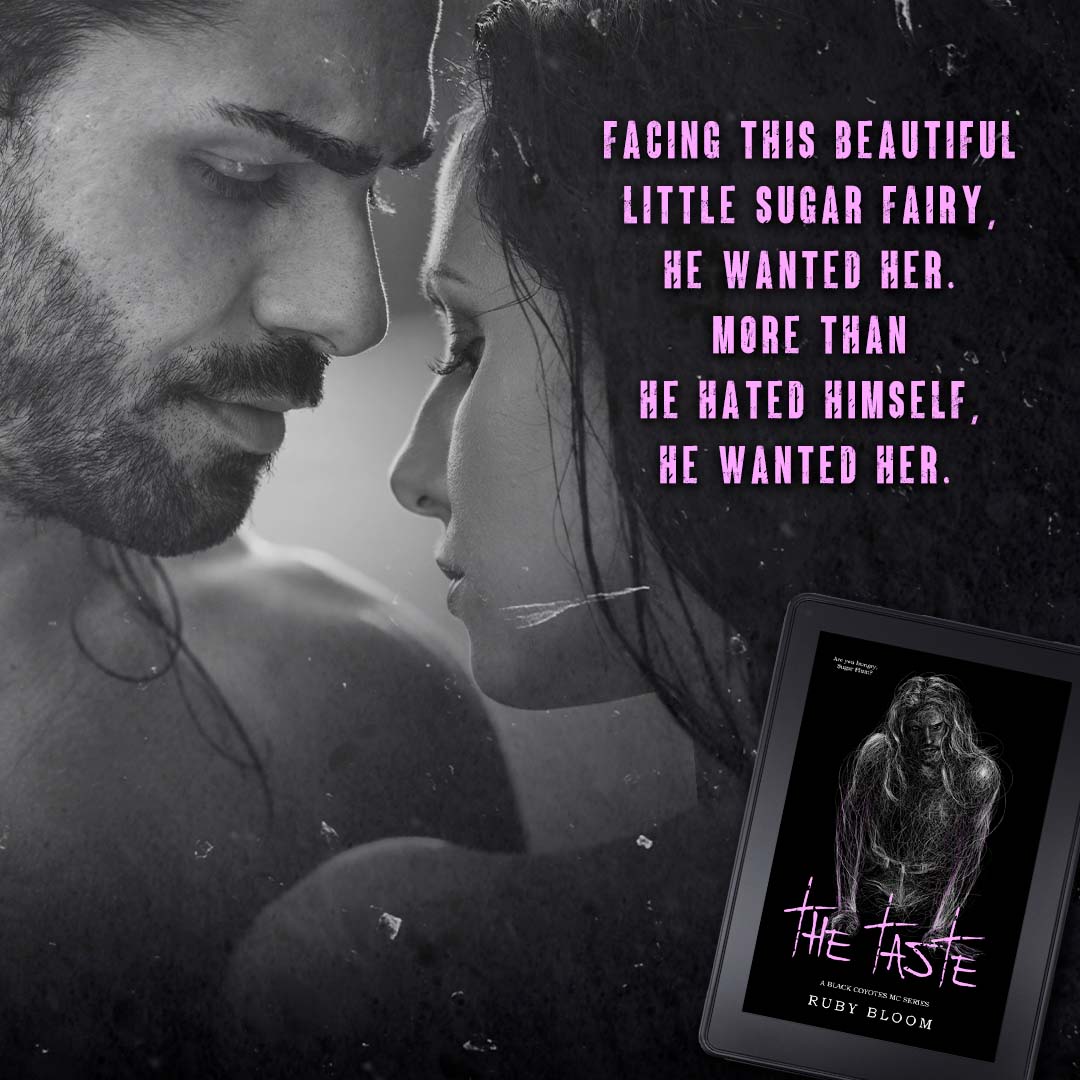 The darkness had eyes.

Sophie stepped into her bedroom with trepidation, tiptoeing forward, peering in. She was naked, she’d dried herself off after the shower, quickly towel dried her hair so it wasn’t a sopping mess, and tucked the towel around her. Then immediately ripped it off again. There was no need for modesty. And now, standing in the doorway to her bedroom, knowing he was in there, and that he was looking back at her… it sent a thrill through her. She immediately broke out in goosebumps from the thought of it, her heart thrumming with anticipation. She couldn’t see him though. She couldn’t see his eyes but she knew what they would look like. That hungry look again. He was so calm, so still, he barely moved, didn’t speak, but she knew what he was thinking. She knew what he wanted.

She felt his hot breath next to her ear. It danced over her cheek. He stood beside her, she’d snuck into the room almost hesitantly, looking for him, seeing only darkness. He had turned the lights off and pulled the curtains closed.

And he’d waited for her. She felt his breath again. He must be standing mere inches from her. She could feel his presence now. The warmth, the magnetic pull of him called to her. And where he beckoned, she followed. It was like a compulsion, every fiber of her being hummed to his tune. Sophie breathed.

The Darkness decided it was time.

A hand snatched her throat, pivoted her and she felt her back bump into the wall behind her. It felt cool against her bare, warm skin.

The hand around her throat was warm. The air left her lungs with a whoosh and when she tried to take another, he was right there. In front of her face, she felt his exhale play across her cheeks again, her lips. His scent filled her lungs. She braced herself. Would he slip inside her again standing up? Would they make it to the bed?

But no, The Darkness liked to play with its food. 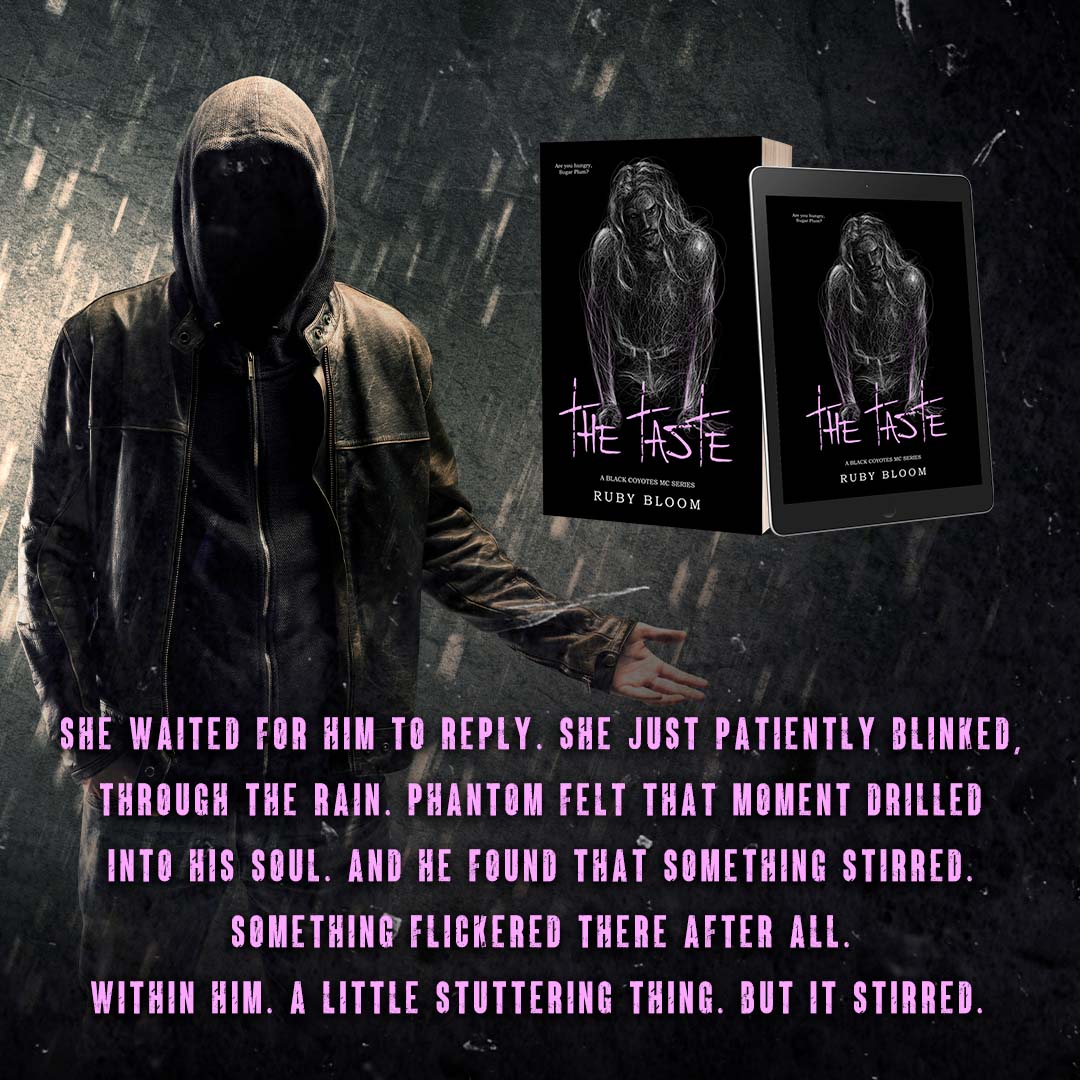 One of Five eARC’s for The Taste

She loved reading these books so much she decided to write her own!

She lives in London, UK, with her family, and also works as a Psychologist.