Misha Vergara had it all—a promising career as a principal dancer, a thriving stage partnership with Talia Baranova, and the unconditional support of his mentor—until he revealed his true feelings for Henri. Crushed, and worried about her own reputation, Talia publicly denounced Misha and severed their intricate relationship. Now, thirsting for revenge, she vows to destroy the people he loves. Dating his alleged half brother is only the beginning. Kazimir Lebedev has done everything he can for his illegitimate son, except acknowledge paternity. When Misha announces he’s bisexual, Kaz struggles to understand. With Talia behaving recklessly and making vicious threats, he can no longer guarantee a good outcome, for any of them. Finally reunited after a six month separation, Misha and Henri enjoy every sublime moment of their New York vacation. Henri has secretly loved Misha since he was thirteen years old, so being out with him is a dream come true. Until news of an abduction propels them back to St. Petersburg, Russia. Will they weather this latest crisis and grow even closer or will Talia wreak havoc on their newfound bliss? Bête Noir is a direct sequel to Torn, the first book in the En Pointe Series. The novels should be read in order to fully appreciate the dynamic of these complex characters.

Misha’s POV As I stood at the back of the theater, enjoying what might be Henri’s last performance at the Mariinsky, I soaked in his arresting presence. Even in the White Rabbit costume, with heavy stage makeup masking his attractive features, he shined like the brightest star in the sky. When we were on stage together, I couldn’t take in the full measure of his talent, but from a distance, I was enchanted by his playful interpretation of the role. It was no surprise the audience was riveted whenever he appeared. His legs were encased in red tights, leaving nothing to the imagination, and I zeroed in on his scrumptious package. My body’s spontaneous reaction to Henri was predictable, and I reached down to adjust myself, looking forward to the lovemaking we would enjoy later in the evening. After the performance, I waved my ID at the security guards, in lockstep with everyone else. Although they recognized me, I couldn’t deviate from the rules. I took the stairs down to the basement where Henri shared a dressing room with a bunch of other guys. I received the usual perfunctory greetings, and waited for Henri to shed his rabbit persona. He creamed off the heavy makeup, while fixing his moss-green gaze on my image standing behind him. When his cinnamon complexion peeked through the guck, he smiled in response to my reaction. I bent forward and whispered in his ear. “You are so hot.” “Like what you see?” “Very much.” “I can’t wait to find out,” he breathed. “Whenever you’re ready, my love.” My endearment generated another dazzling smile and he pushed away from the changing table. I tracked his progress like a hawk eying his next meal. Standing in front of his open locker, Henri rolled off the sinful tights, removed his top, and reached for his street clothes. The elastic bands of the jockstrap encircled his waist and disappeared down his ass crack while the front pouch cradled his genitals. I might have drooled at this point, and if we didn’t get away soon I couldn’t be held responsible for my actions. He cackled when he recognized the blatant desire on my face and hurried to cover up. Grabbing his bag, he reached for my hand. “Ready?” “Hell, yeah.” We headed to his apartment to get a change of clothes for tomorrow. When the elevator door opened, there were three men in dark suits waiting outside his door. I pressed the down button before they could react, and we took off running when it dinged open. “What’s going on?” Henri demanded when we slowed down several blocks later. I gave him a quick synopsis of my earlier conversation with the minister and the French expletives pouring out of his mouth were jarring. His agitation was contagious, and my own fear rose significantly. “Why are we going to the hotel?” “To get my stuff.” “I’m sure those bastards already know I’m registered.” “How?” My naiveté was still in place and Henri scowled at me. “The all-seeing FSB has a list of every foreigner who’s flown into this country or rented a car, or checked into a hotel. I will stake my life on it.” “I believe you,” I said. “Shall we try to catch the train home?” “What about your things?” “There’s nothing irreplaceable in my carryall. My wallet and ID are in my pocket. What about you?” “Same. Let’s go,” he said with some urgency. “Hold on a second.” “Why?” “There’s no turning back if you walk away. They’ll blackball you for sure.” He gave me one of his typical Gallic shrugs. “And if I stick around, I might lose my actual balls.” 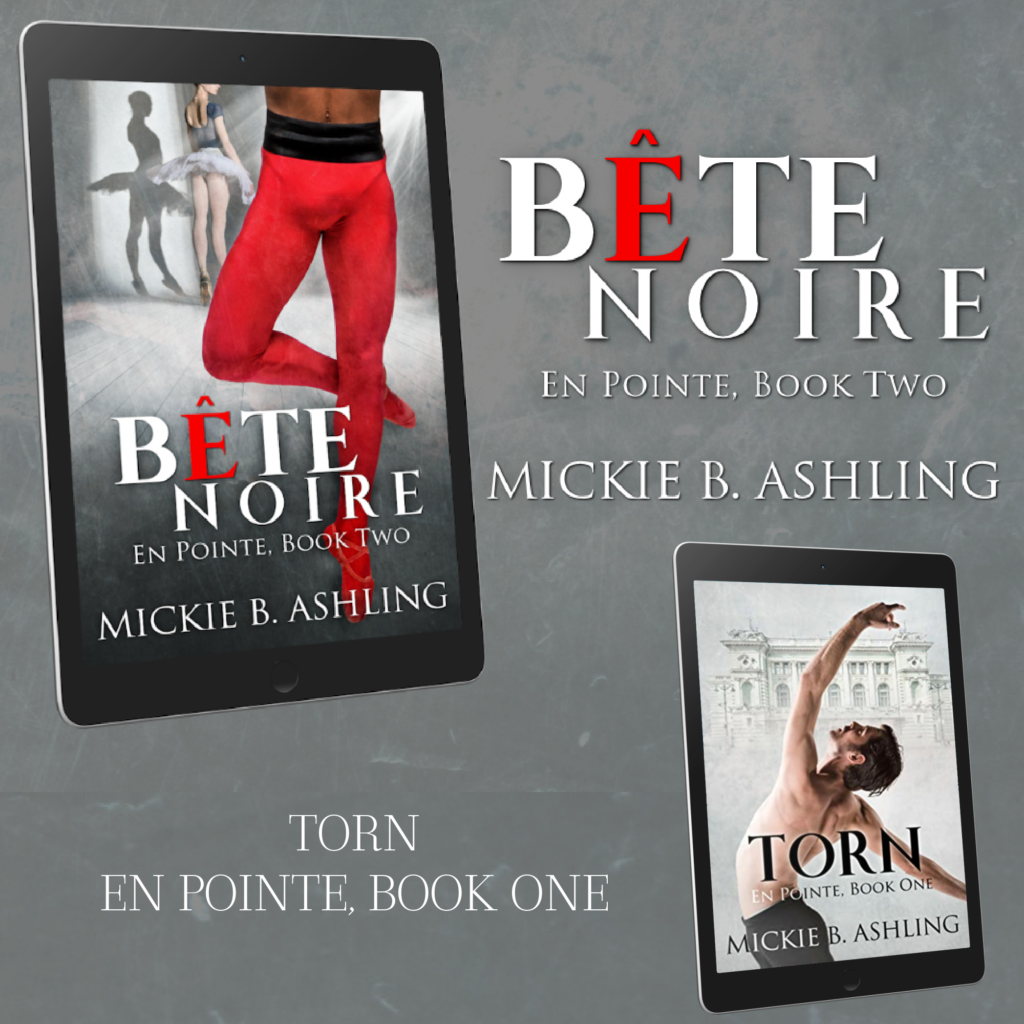 MICKIE B. ASHLING is the pseudonym of a multi-published author who resides in a suburb outside Chicago. She is a product of her upbringing in various cultures, having lived in Japan, the Philippines, Spain, and the Middle East. Fluent in three languages, she’s a citizen of the world and an interesting mixture of East and West. Since 2009, Mickie has written several dozen novels in the LGBTQ+ genre—which have been translated into French, Italian, Spanish, and German. Some of her backlist is still “Under Construction” as she slowly transitions from traditional publishing to representing herself. Her goal is to have most of her novels back in the universe by the end of 2023. Audiobooks and foreign translations are still available at Amazon and Audible.