Title: Moonlight and the Magician

Series: The Moonlight Curse, Book One

Spoiled pretty boy, Valentino, a revered fire mage of singular talent, finds himself pressured into a political marriage with a sadistic noblewoman he barely knows. He’s desperate to find a way out, even if it means leaving his gilded life in the spotlight behind. Brand, a mysterious roguish vagabond, approaches Val and charms him into a deal: he will help him escape his problems in exchange for his assistance in breaking a vicious magical curse. What that curse entails is only revealed in the light of the full moon. Is Brand really who he says he is? What begins as a romantic runaway adventure soon turns out to be much more than they bargained for. It seems that Valentino’s magic isn’t worth as much as he thought when it comes to dealing with a willful demon, gunslinging bounty hunters, and his own fickle heart. He might be falling in lust with a monster, but will he sell his very soul just to run away from responsibility?

Moonlight and the Magician Evelynn Carver © 2022 All Rights Reserved The only thing Brand hated more than the theater was the kind of people who attended it, and the Vicari family estate was currently swarming with actors and theatergoers alike. He was utterly and completely surrounded by the sort of people who liked to talk at you and be looked at rather than have a proper conversation, and it was taking all his willpower not to jump out the nearest window. Instead, he took a deep breath and wove his way carefully through the buzzing crowd to the back of the ballroom to settle in to watch and wait, hoping his sour mood didn’t show clearly on his face. He relaxed his jaw and shoulders and smoothed his features into a placid, nonthreatening smile. He glanced around the room, taking in everything from the glittering mirrored ceiling tiles to the gilded flatware. One spoon from the set could probably be sold for a common fortune back home. He briefly considered pocketing one or a dozen but decided against it. He had bigger fish to fry tonight. He watched the crowd, noting who was in attendance and who was absent. It was a bit like being inside a glittering, smothering hive. It smelled of strong perfume, sweat, and people with too much money. He suppressed a sneeze and clenched his teeth. His annoyance was partially due to resentment, he knew. These were essentially well-paid liars, and while he did not draw a wage for a similar practice, it had kept him alive these past two years. Still, he would rather be caught red-handed in some scheme than sitting in an audience waiting for a bunch of fancy folk to flit about a stage. And yet, here he was, alive and well enough, though he could certainly use a sandwich. Brand wasn’t here to watch the show, exactly, but he was here to watch the people. And there were plenty of people to watch. He was at the back of the large ballroom-turned-theater, and thanks to his substantial height, he could easily see over the heads of the teeming, mostly female attendees. He paid particular attention to the pair of stately women seated front and center, surrounded by servants and platters full of finger foods, tiny cakes, and wine glasses. Marienne Bromende, the aging duchess of the Grand Duchy of Felidereaux, with her daughter, retinue, and many servants, had come to the Vicari barony for the first time in nearly ten years for this special performance by the famed Vicari siblings—a trio of exceptionally talented young fire elementalists. The performance would, purportedly, showcase the family’s magical prowess as thanks for her continued royal patronage. At least, that was the official reason. Brand knew the real reason. Everyone did, if gossip among the common quarter held any scrap of truth (and it often did). The real, actual reason the duchess was parading her twice-bonded-and-bailed daughter around the countryside? The real reason she had traveled outside her prim and proper circle in the royal palace for the first time in over two decades? Pure, undiluted desperation. The duchess was on a manhunt. After two failed marriages, her daughter had yet to produce a child. There was quite a wealth of hearsay as to the reason for that predicament, some rumors more ridiculous than others, but Brand suspected a very simple explanation. In his experience, the virility of Feliderean men had certainly left something to be desired. Needless to say, the future of the continuation of the duchy’s royal line was in a bucketload of trouble. Therefore, the noble families of Felidereaux were pulling out all the stops to put every one of their eligible young men on display for this very purpose, including the young, talented, and supposedly very eligible bachelor, Valentino Vicari. This theater performance was a thinly veiled exhibition of availability—a marketplace set up to sell a single man. An auction block with an orchestra. Brand found it equal parts hilarious and uniquely upsetting. Yet, he was here on a manhunt of his own too. The crowd of fluttering nobles and harried servants going in and out of the house all evening had made it easy to slip in relatively unnoticed. A couple of slicked palms, a borrowed uniform, a couple of well-placed nods and practiced grins, and he was inside the estate. He ducked into an alcove at the side of the cavernous room, just out of sight of the bored-looking guards placed at the doorway. 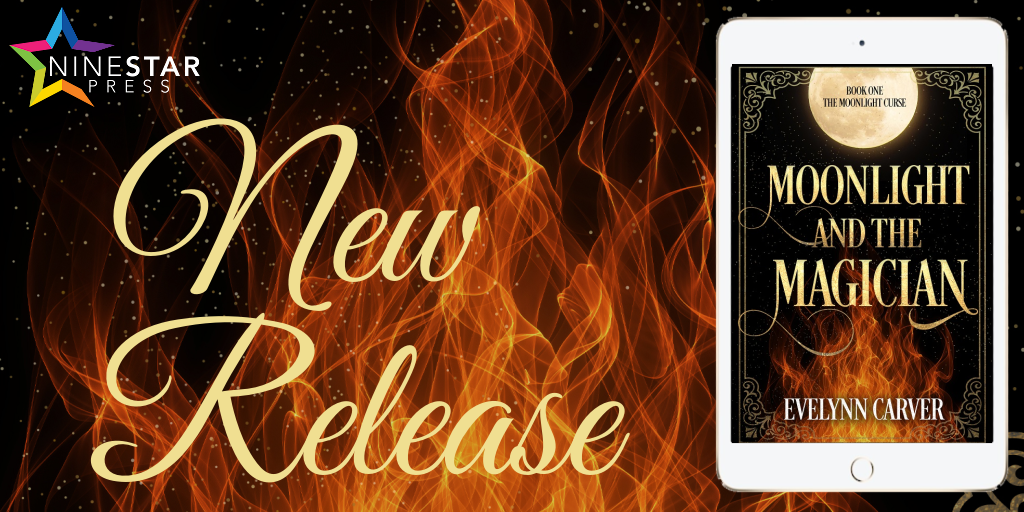 Evelynn lives with her partner, child, and dog in the Deep Dark South (also known as Atlanta, Georgia). She studied art in school and is somehow still deemed employable. In her free time, she reads genre fiction, plays video games, watches cartoons, and engages in other related unseemly behavior. She’s been writing and drawing stories since she was in grade school and would one day love to grow up to be a Real Author.