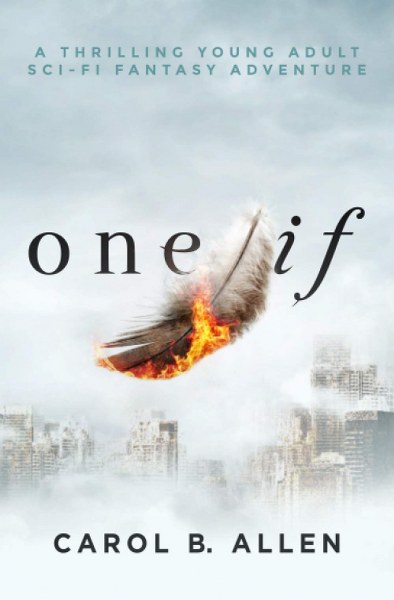 by Carol B. Allen

In this race against time, three teens with powers that defy science take on a warring planet destroyed by climate change. But will they return home? Trapped in an epic time/space confrontation, the trio battle destiny. Alliances are betrayed. Unlikely friendships are forged. And young love flourishes in a race against impossible odds in this thrilling young adult sci-fi fantasy adventure.

When Parker Kittredge, a quirky science student from New York City, is lured to her terrace by a frisky hummingbird, she slips and plunges 18 stories to the street. She awakens in Spyridon, a planet destroyed by climate change and locked in a civil war. Parker quickly discovers she is not alone. Two other teens have also been kidnapped and they must join forces to save the planet if they have any chance to return to Earth.

The teens’ struggle for survival is fierce: murders, deceptions, power plays, love triangles, and magical fantasy elements make this a high-stakes, coming-of-age adventure pitted against a race with time.

Reviews for One If:

“An epic fantasy adventure that will thrill anyone who reads it.”
-Online Book Club

“The world-building was compelling and the environmental themes are timely.”
-Bianca Marais, best-selling author of Hum If You Don’t Know the Words

“I was so wrapped up in it and invested in all the characters. I love how each character is so strong but also has a vulnerable aspect to them. I need to know, do they save the planet?”
-Dr. G. Liu

“A well-written, fast-paced YA Fantasy with a relevant message. One If will inspire girls to embrace STEM–science, technology, engineering, and math . . [and] widens the lens on the impact of climate change, something we all need to know more about.”
-Ilene Slutsky, Librarian 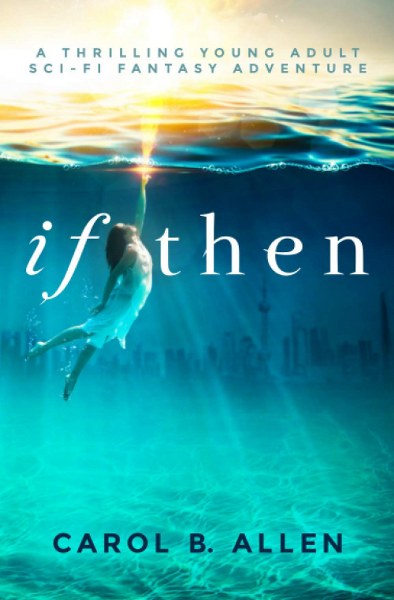 The action-packed sequel to Amazon Best-Seller and Gold Medal Winner of NYC Book Awards, Teen and Young Adult Sci-Fi Fantasy, One If

The planet is about to end. Only three teens can prevent it.

The price may be their lives.

In the page-turning sequel to the Amazon best-seller, One If, 17-year-old Parker Kittredge bears the mantle of the Sky Queen of Spyridon’s Upperworld. Now she must face her rival, the terrifying Empress of the Underworld. Parker is charged with fulfilling her honor-bound duty—stop the devastation of climate change and end the civil war.

Parker, along with her friends, Edison and Henley, embark on a treacherous adventure to uncover the hidden secrets buried by Spyridon’s ancient scientists. Danger threatens their journey as they trek to the heights and very core of the planet where they are surrounded by enemies on all fronts. They quickly discover the quest for power keeps company with deception.

Through the loss of innocence, the heartbreak of first love, alliance, and betrayal, the teens claim their powers—but will they be able to return home?

The Virago Fantasy series are for everyone interested in the thrill of an adventure and our planet’s sustainability. The books are especially for teens and young adults interested in Science, Technology, Engineering, and Mathematics (STEM). A portion of the proceeds from the sales of the Virago Fantasies will be donated to causes that support climate change and the STEM initiatives.

Rich in vivid imagery, intrigue, and suspense, you’ll find yourself laughing, crying, and cheering on Parker, Edison, and Henley in this fast-paced YA fantasy. Fans of The Hunger Games, Divergent, or Stranger Things who want to delve into a thrilling adventure will love this book! 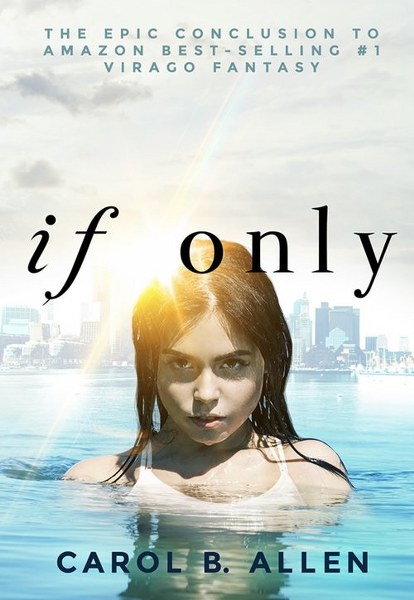 Across space and time, 17-year-old Parker Kittredge is drawn into the plot of a lethal assassin. To escape peril, Parker and her friends are transported from New York City to return to Spyridon where they find the once peaceful alien planet is now a world without honor where nothing is sacred.

Parker must reclaim her powers and face her enemies including a professed lover whom she no longer trusts.

But will she ever go home again?

Rich in vivid imagery and nail-biting intrigue, readers will laugh, cry, and cheer on Parker, Edison, and Henley in this fast-paced coming of age tale. Fans of The Hunger Games, Divergent, and Stranger Things will want to delve into this spine-chilling adventure and will love this book!

What Readers Are Saying—

The plot is amazing and as it progresses it becomes quite charismatic with the characters well developed and superb interaction of them. The characters display courage in face of adversity and challenges which makes it very endearing to experience. I highly recommend it to anyone to enjoy and learn together.
–Goodreads reviewer

I don’t want to spoil anything! All I can say is that I enjoyed every page of this book and will certainly continue to follow Allen’s work.
–Goodreads reviewer

This story is fast-paced and a fun read that will keep you on edge from the first chapter.
-Goodreads reviewer

Carol B. Allen is an author and international, award- winning creative professional. She has held leadership positions in firms that believe in strengthening community across the New York Tri State Area. She plays an active role in supporting opportunities to enhance young women’s interest in Science, Technology, Engineering, Medicine (STEM) fields as well as advancing causes that protect the environment.

She serves on the Advisory Board for Advancing Women in Science and Medicine (AWSM), part of Northwell Health’s Feinstein Institute for Medical Research. Additionally, she has participated on the Advisory Committee for the Girl Scouts STEM program.

A University of Michigan graduate, Carol received high honors and the prestigious Student of Distinction recognition.

Carol resides in Westchester County and is an active member of the Pound Ridge Authors Society. When she isn’t writing, Carol enjoys the city life and the country life, balancing her time with her family, exploring the cultural offerings of Manhattan as well as the great outdoors of the bucolic Northeast woodlands. 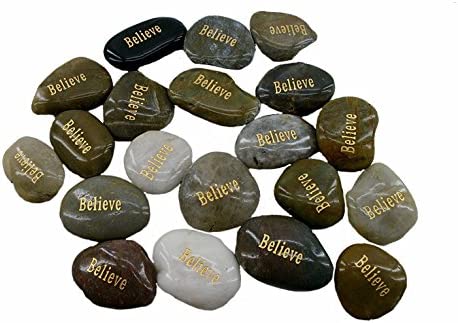 The first 50 people to leave a review on Amazon for one of the books will get a FREE “Believe” Stone!

Email Carol at carol.imagineit@gmail.com with a link to your review!

2 thoughts on “Tour – The Virago Trilogy”