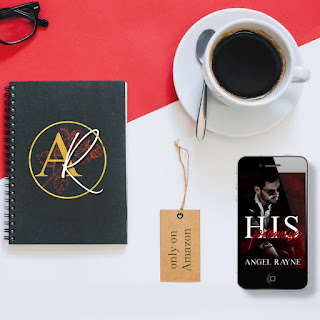 In my world, good guys don’t exist. There are only villains, monsters, and me. I’m the thing the monsters fear.

Every mafia boss needs a guy who’ll fight dirty and do whatever is asked of him, no matter how brutal.

Morally gray doesn’t begin to describe me. I feel nothing. Love no one. And that’s how I like it.

Serafina Cordero is the runaway mafia princess I’ve been ordered to find and return to her sadistic father. He wants to force her into an arranged marriage. I shouldn’t care.

Because the moment I laid eyes on her, I knew she would be mine. It doesn’t matter that it’s forbidden, or that she’s a virgin as innocent as I am dark and depraved.

For once in my life, I’m not following orders. I’m keeping Sera.

And if anyone tries to take her from me, I can promise them one thing.

They won’t live long enough to regret it…His Promise, book 1 in the His Possession trilogy, is a sexy, emotional, angsty, dark contemporary mafia / organized crime romance thriller. If you ever watched Beauty and the Beast and wished Beast stayed a beast at the end, or ever watched The Sopranos and wished there was way more hot romance in it, then download today and get ready to fall for Enzo.