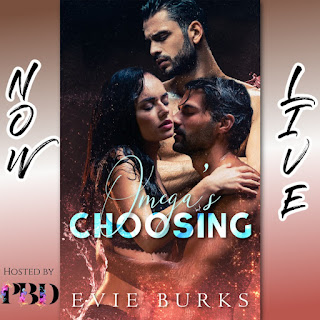 ╰☆☆ About the Book ☆☆╮
One omega for two alphas. What could possibly go wrong?
Adelyn has known from a young age that she would have to follow the guidelines laid out by the
government… but dreaming about alphas and seeing them in real life are two very different
things. In real life they’re hard, dangerous, and only interested in one thing, her. Claiming her.
Breeding her. Making her theirs.

She’s seen what happens to omegas who disobey the rules. She’s not going to be one of them.

Bash, a hardened alpha construction worker, has been skipped over for years, so he’s skeptical
when he’s chosen by Adelyn, but it’s not pity that he sees in her eyes. No, it’s desire. Sharing
her will be a monstrous task, but this alpha is all in. He won’t let his one chance to get off this
island slip away.

Rhylon, a new alpha, doesn’t know what to expect when he arrives at Alpha Island. It certainly
wasn’t making eyes at a cute omega on the transport or being chosen by said omega.

With danger lurking just around the corner, these two alphas must fight their instincts and work
together to protect their omega at all costs. Will they manage to do the impossible and save her,
or will they lose her and their chance at happiness forever?