Book 1 in the Meridian series 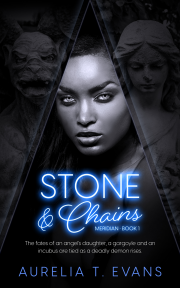 The fates of an angel’s daughter, a reformed gargoyle and an unrepentant incubus are bound together in a city where a deadly demon is rising. Abby Stone, a night-shift nurse with healing powers and a secret demon-hunting habit, has been saving victims of demons and their cults ever since she left home to search for her father—an angel turned to stone and trapped in the mystical hotspot of Meridian. As Abby starts making an unwelcome name for herself in all the local demon haunts, she crosses paths with earnest ex-demon Zekiel, a gargoyle who fights against evil for his redemption, and charming incubus Charles, who calls her nephil offspring—daughter of an angel who has fallen. Charles’ attempts to convince her that she’s meant to be a demon confuse and infuriate her, but now that an incubus has set his sights on Abby, there’s no denying how tempting he is—and how dangerous. In the meantime, with a demon prince’s ascension rattling the city of stone and chains, Abby could stand for things to be a little less interesting. Reader advisory: This book contains BDSM sessions with beating and humiliation, MM interaction, child endangerment, scenes of bloody violence, and sexual coercion.

Abby closed the book, glancing between her two charges. “I think that’s all for now. I’ll be back on Wednesday for chapter four. That’ll be exciting, won’t it?” There wasn’t enough tea in the world to get her through reading aloud another two chapters, although she loved the young adult fantasy series and wished she could read it forever. Her charges, about the same age as Abby herself, never complained that they were too old for the reading material. Abby smiled and patted the two hospital beds on either side of her. Two young women—one of them quite pregnant—reclined supine, their monitors beeping softly in a steady rhythm. Neither of them could tell her if they enjoyed the books, but it wasn’t about the stories so much as the women knowing someone was there to do more than give them sponge baths and prevent bed sores. The pregnant woman’s baby was getting more human care than the woman herself, out of the belief that Maggie wasn’t really there anymore after the car accident that had put her in the extended care ward. Then there was Kara on Abby’s right, who had simply lost consciousness one day and never awakened, cause unknown. Coma patients still experienced the world around them, just not in the same way that they did when conscious or even when asleep. Like infants in the womb, the lost sometimes remembered it like the shadow of a dream, but it was still something. They knew the difference between caring and concern versus the cold, clinical indifference and abandonment they often experienced in a hospital environment. Just as most people didn’t like the reminder of mortality from the elderly, they didn’t like the stark blankness of the comatose. But Abby felt their presence in the way some sensed the passing of a ghost—except she experienced it as warmth on the back of her neck instead of a chill. And that warmth was the reason she came to the hospital several times a week in the middle of the night to read to her two friends, although they’d never formally met. No handsome doctor was going to wake them up with a kiss. All they could really depend on within the mortal realm was divine intervention and an overworked, underpaid woman who wanted to give them some kind of connection, even though she couldn’t help them any more than that. Abby was tired, always tired, pulled between day life and the night shift, making money and helping people. There weren’t nearly enough hours in the day for everything she needed to do, so she depended far too often on free coffee refills in twenty-four-hour restaurants. There were other things more important to her than sleep, and it was easier to get out of the house more often when her bedroom—which was actually just the storage closet under the stairs—barely held the bed, and she shared living space with two other girls who didn’t share her hours. Still, life could be so much worse. She could be trapped in her own head like Kara and Maggie. Abby tried never to forget what she’d been blessed with. She’d been born with so many gifts, gifts she couldn’t keep to herself, even if she tried. Volunteer hours and night shifts meant she didn’t have much of a life, but Abby could live with that if she could give other people the life she didn’t allow herself. And here in Meridian, she felt like she could finally put down some roots after these last two years of seemingly aimless wandering from city to city. She felt like she might have finally found what she’d been looking for. “Life could be worse,” Abby whispered into Kara’s ear before kissing her cheek. Kara’s skin was cold from the hospital air, but underneath the surface was the heat of life, and within that life, there was still hope. She sent that hope to Maggie as well, and to Maggie’s eight-month pregnant belly and the baby within. “Stay safe.” Abby carried mace and a switchblade in her purse to go to and from her night shift at the Cemetery Grove clinic downtown, but just because Kara and Maggie were in a bright hospital ward and supervised by security cameras didn’t mean that they were safe, even if the only thing they weren’t safe from was their own minds—what dreams and nightmares haunted them, the kind of horrors that machines couldn’t measure. 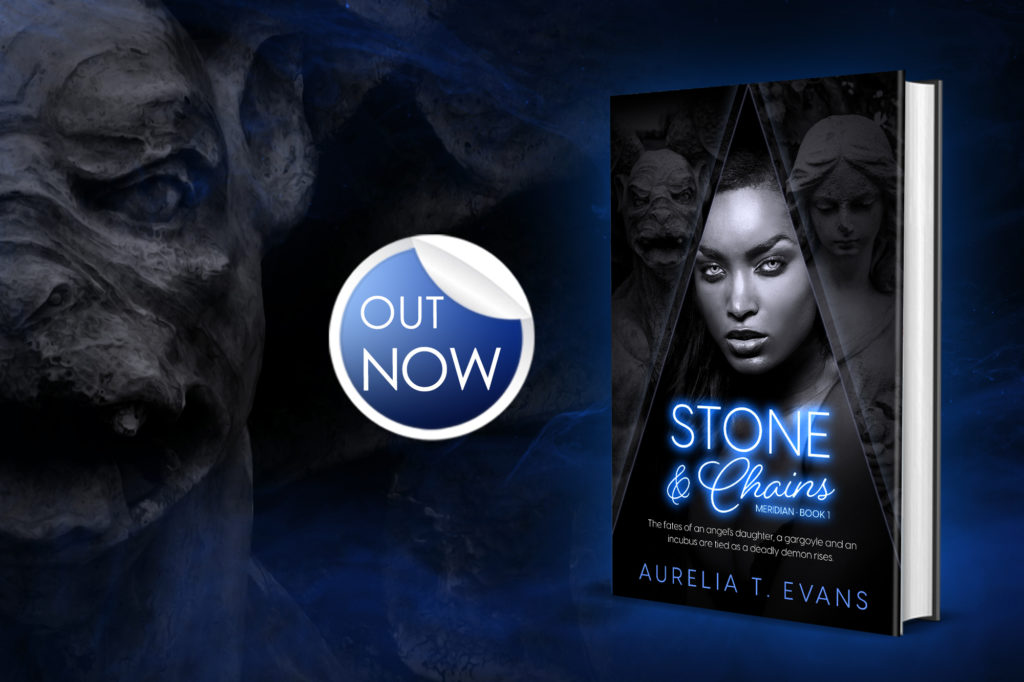