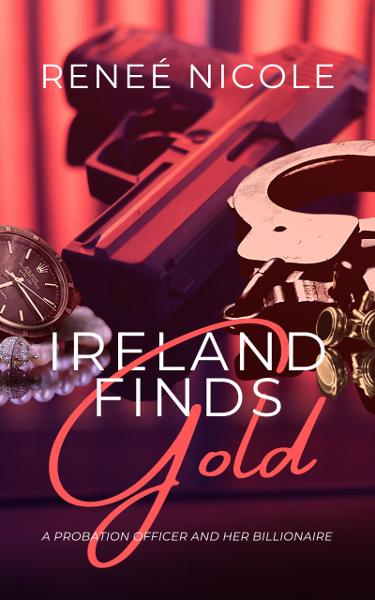 Ireland Deckland may be a feisty probation officer with a tough exterior, but regularly putting handcuffs on perps has her view of people trending down. She’s been single for so long that she’s starting to think it’s a permanent status.

Xavier Gold may be the city’s most eligible CEO bachelor with a sexy as sin face, but the wannabe models who vie for his attention don’t have him looking to settle down. He’s played the game so many years, he’s starting to think no one will ever catch his eye.

When an unexpected meeting brings these two together, tough exteriors crack and sparks fly. But danger is never far from probation officers nor billionaires. After a bad business deal brings the Russian mob to the door, they have to fight to save their heads…or lose their hearts. 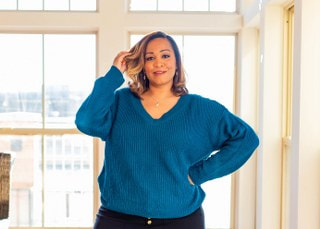 Reneé Nicole grew up just north of Raleigh, North Carolina, in the very small town of Franklinton. Nicole, as her family and friends call her, is a middle child and the best aunt ever (there’s even a mug that says so). She has lived in a few different cities throughout the United States, but for now calls Richmond, Virginia her home. Nicole graduated from college with a degree in Criminal Justice, and received her master’s degree in Justice Studies. Since then, she has worked for over a decade in the criminal justice field. Specifically, community corrections: first as a state probation and parole officer, and now as a federal probation officer. Since no one calls her mom or wife, she holds her ‘auntie’ title with pride. Nicole spends her nights in front of a computer screen writing about fictional men who do naughty things that would make anyone blush, and badass women who both want it and love it.

Nicole’s love of books developed later in life, after she was dragged into reading one of the best trilogies of all time. This led her to fall in love with writing. In particular, the process of using the power of words and imagination to entertain. She decided to write what she knows – but with lots and lots of steam. Nicole is excited to change her career path and provide entertainment to every person who picks up her book. Criminal Justice degree and author: sounds about right.

These days you can find Nicole working as a federal probation officer. A day job, as some may call it. But it’s not her only day job: she’s also a certified florist and small business owner of a flower shop, Petals of Color, with her sister and business partner. Nicole loves traveling, good rum, good wine, and spending time with her parents, siblings, and family.