Series: The Realm of the Vampire Council, Book Five

War brews among vampires. Facing extinction at the hands of an ancient one, the Vampire Council plods along with a secret strategy. Jaret Bachmann, both vampire and witch, fears the Council elders move too slowly. He has the power to assist them in defeating their enemy, but the longer they keep him at arm’s length the more defiant he becomes. He’s already pushing the boundaries to assert his will when tragedy strikes, devastating him and compelling him to become even more rebellious. A young vampire alone in the world, Jaret struggles to find his true self and discover how he wants to spend the remainder of his eternal life, even as the vampire war intensifies and the rogue vampire strikes again. To compound his problems, he’s faced with the allure of a hot renegade vampire, not sure if he is friend or foe. Who will win the war, and where will Jaret’s soul-searching lead him? 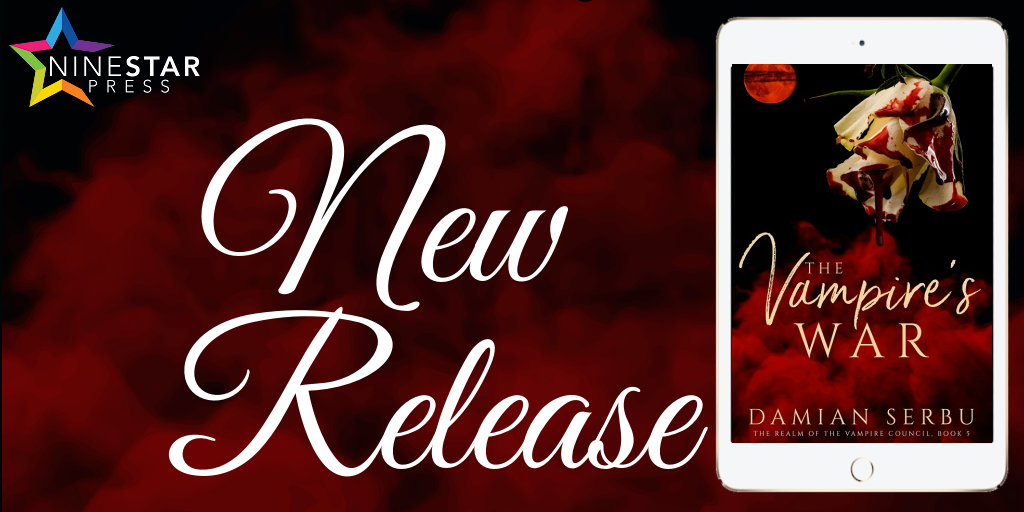 Damian Serbu is an author of gay horror/speculative fiction. After over twenty years of teaching history at the collegiate level, he now writes full time. He lives in the Chicagoland area with his husband and two dogs.